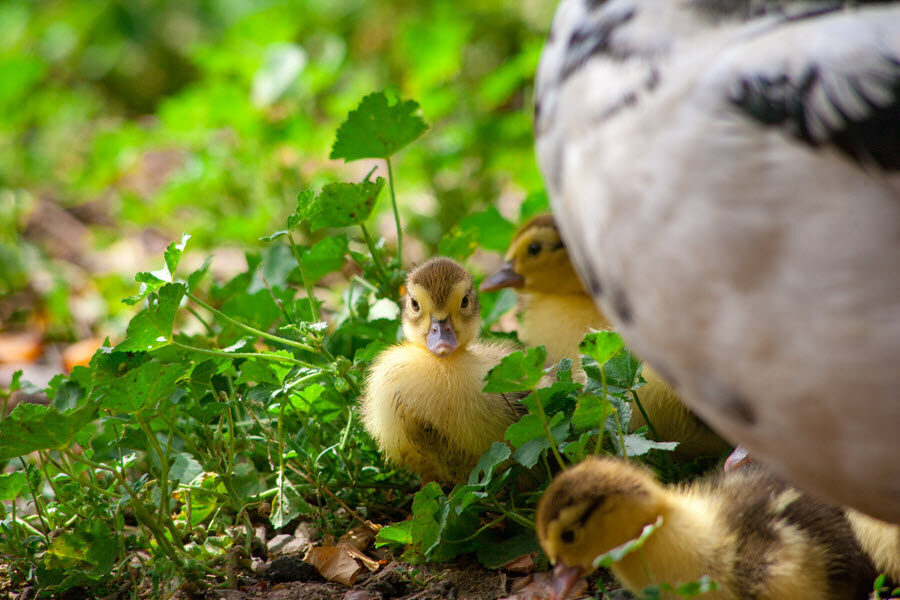 I recently watched a video of a mother duck and her babies. This mother duck has been laying her eggs on the fourth floor of a hospital in the Netherlands for years. Each year, the hospital staff helps the mother duck and ducklings find water.

During their short trek this year, the ducklings and the mother duck quack loudly. Mother duck keeps a close eye on her babies, which the staff carry in what appear to be plastic toolboxes. When they reach the water, the mother duck jumps in. The little ducklings scamper toward her and cuddle up close as she swims away from the hospital staff.

I couldn’t help but think about the imagery of protective wings in the Bible through the Psalms. In several of the Psalms, David cries out to God to let him take shelter under His wings:

David knew from experience that taking shelter with the Lord was the safest place to be. God had shown Himself faithful to David time after time as He protected David from danger, whether from wild animals or wicked people.

Just like the mother duck, the Lord wants to be our protector. But sometimes we get in the way. Jesus uses the same kind of imagery of a mother bird spreading her wings over her babies in Matthew 23:37: “O Jerusalem, Jerusalem, the city that kills the prophets and stones those who are sent to it! How often would I have gathered your children together as a hen gathers her brood under her wings, and you were not willing!”

So, are we willing to let the Lord protect us? Are we willing to take refuge in Him? Or do we get in the way? It could mean putting aside our pride, but it is, as David discovered, the safest place we will ever be. Let us take refuge under His wings and accept all the protection He is offering.

How to Pray for Our Enemies in These Troubling Times