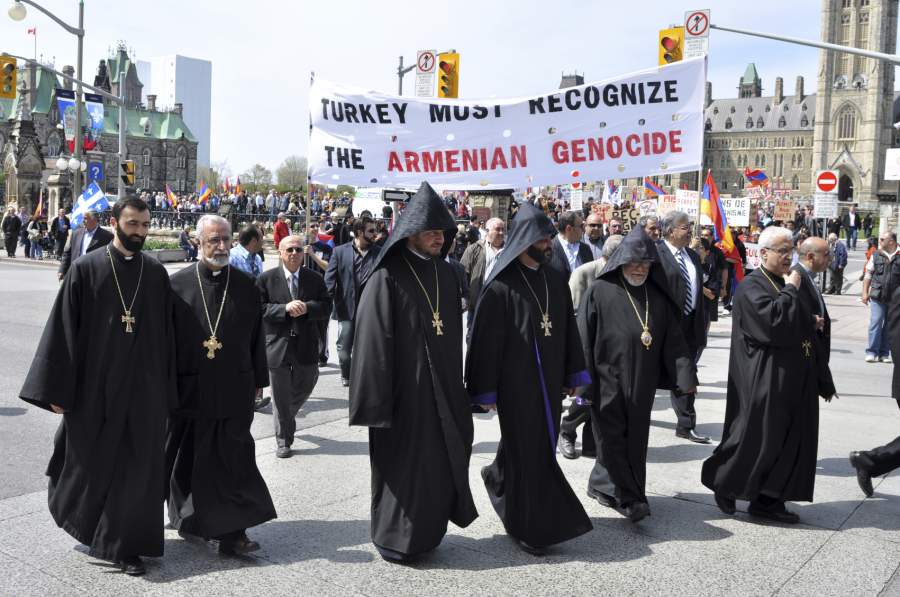 The Turkish government under President Tayyip Erdogan is supporting Azerbaijan in its attacks on mostly Christian Armenia. Given Erdogan’s repeated sponsorship of anti-Christian jihadists around the world, The Stream interviewed regional expert Johannes de Jong about the conflict.

John Zmirak: Here in the U.S. we’re very distracted by our upcoming election and Supreme Court vacancy. But there are major events taking place in the Near East, which endanger the religious freedom of Christians. Right now, Turkey is sending jihadists linked to al Qaeda from Syria to attack Armenia. Can you please fill us in on what’s happening and the background?

Johannes de Jong: Azerbaijan and Armenia have been fighting over Nagorony Karabach since the nineties. Armenia managed to defeat Azerbaijan. So there is now still a significant Armenian population in that area and it is under Armenian military protection. It functions however as a small and unrecognized separate republic next to Armenia under the name “Artsakh.” I understand that it is actually the oldest continuing place of Armenian inhabitation regardless of all else that happened to the Armenians.

Now Azerbaijan has obeyed its Turkish masters and attacked Nagorony Karabach. But this was no surprise. Already back in June we heard the first reports that Turkey was  recruiting jihadists in Syria for a war against Armenia.  We now have evidence dug up by Reuters showing that Turkey is again deploying their jihadists on one more foreign battlefield. After going after Kurds, Syriacs and Arabs in Afrin and Northern Syria (and especially all Christians among them), Erdogan moved his extremist army to Libya and now after that to fight against the Armenians.

Is it unfair to say that Turkey attacking Armenia is a lot like Germany bombing Israel?

Personally I am always very careful not to draw comparisons with the Shoah. I think it is sufficient to say that in 1915 Turkey tried to eradicate all the Christian peoples from its lands.  Erdogan has been continuing that genocide through ISIS and other jihadists since 2014. What is happening now is not different from the attack against Christian peoples and Yadizis in Iraq and Syria that we’ve seen since 2014. It may be of interest to note that there is also a significant Syriac-Assyrian and Yazidi presence in Armenia. So it is a collective experience by the same peoples of a repeat of the same genocide as 100 years ago.

Was Armenia in any way provocative, or is this just part of Turkish president Erdogan’s campaign of expansion? Is he really trying to found another Ottoman Empire?

The fact that Erdogan was recruiting jihadists in Syria back in June in order to attack the Armenians is I think more than sufficient evidence that Turkey planned this all along. It is nonsense to try to blame Armenia somehow for this situation. 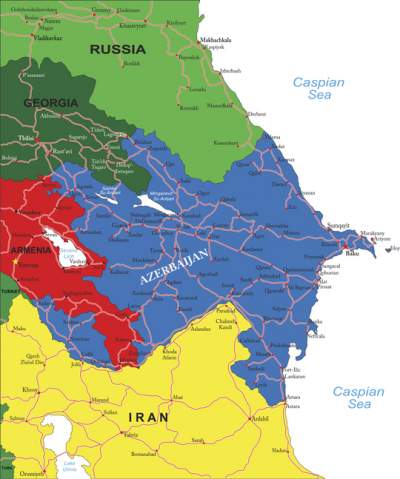 How hard is Erdogan trying to gain control of Libya?

There’s a funny thing happening there. The man who led the Turkish-backed GNA resigned as ‘Prime Minister’ two weeks ago. Now Turkey is struggling to keep control of things in Libya.

France to the Rescue

France made a show of military force against Turkey last weeks. Was that in response to Turkish moves against Greece? Please tell us about those.

Yes, President Macron may not be the most popular figure among readers of The Stream. But he absolutely did the right thing there in sending warships to the Eastern Mediterranean. This was in order to protect Greece and Cyprus against Turkish threats and aggression. Turkey tried to seize areas of Greek and Cypriot waters. Turkey wants the gasfields there. But now he won’t get them. Erdogan made a huge miscalculation and underestimated the French determination to protect its allies and the EU against Turkey.

The whole situation there is closely connected to the plans of the Gulf States, Israel, Egypt, Greece and Cyprus. They want to create a pipeline to transport gas from the Gulf to Europe. Of course, Turkey is against it. This is also a very important background to the peace treaty between Israel and the UAE and Bahrain.

Is the EU as a whole gaining a backbone in standing up to Turkey, or is France alone?

France is certainly no longer alone. Things are changing fast in that regard. The economy of Turkey is collapsing and the country is now seen as a threat to the EU. The only question is how much more action against Turkey will follow. Turkey crawled back from the conflict with Greece but immediately attacked Armenia right after. So the fundamental situation that the EU sees Turkey as a threat will not change soon.

Ringing Itself with Enemies

How many countries has Erdogan provoked at this point in the region? Why is he risking escalation against so many nations at once?

Turkey has managed to provoke every country around it. Almost all the neighboring countries, the Arab world, the EU and now even Russia and Iran. The main reasons? A toxic mix of extremist nationalism, the dream of a new Ottoman Empire, and Erdogan’s need to distract Turkish citizens attention to something else than the faltering economy.

Turkey Out of NATO

Is it fitting that Turkey be a member of NATO any longer, given that it might go to war with other NATO members?

Of course not. It is however not easy to get rid of. I think that it is therefore necessary that Congress, Senate and White House take action. They must make it very clear that the U.S. will not defend Turkey when it is attacked. In difference to what many people think there is no really binding obligation to help a NATO member if it is attacked. It’s even possible that Turkey might end up confronting Russia over this conflict in Armenia. The U.S. can’t use its men and women in uniform to defend the Turkish regime and its jihadists. It’s unthinkable.

How are things with the Syriac Christians and the Kurds in NE Syria? How is the autonomous region they conquered from ISIS, as U.S. allies? Are the Turks escalating there too?

Oddly enough it seems calm at the moment. Turkey is trying to choke off the water to NE Syria and that is a serious problem. There seems to be no imminent military threat. But with Erdogan one never knows what’s next so it is important that this situation is not forgotten.

Given that he’s focused on a pivotal election, what should Trump do in the region now?

Right now he should do three things. The first is to make clear that the US will not defend Turkey if it is attacked. The second thing is to recognize the Autonomous Administration of NE Syria as a full partner of the U.S. and to ensure that it no longer falls under sanctions. Thirdly to make it very clear to Turkey that any military move against NE Syria will be met with severe military and economic consequences. That would already help a lot to prevent a lot of trouble and would spare President Trump a lot of trouble as well.

Johannes de Jong is director of the Christian Political Foundation for Europe.