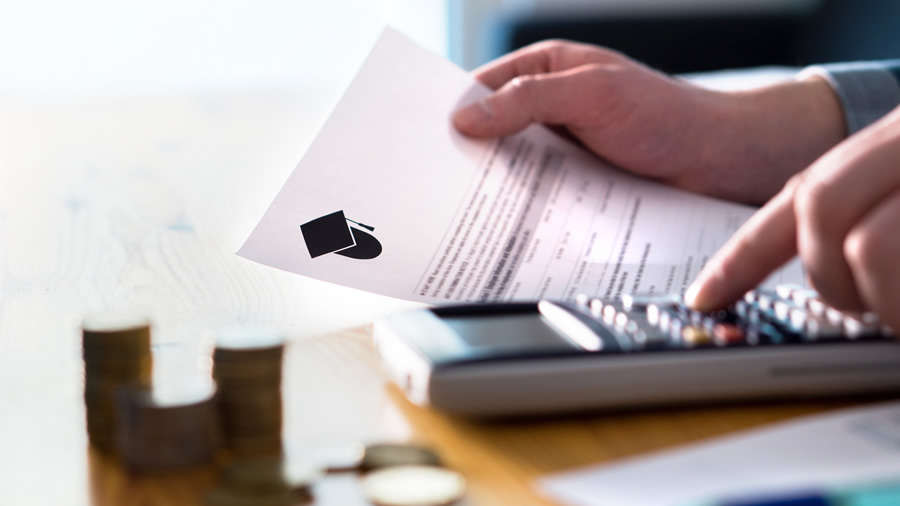 In a previous article I explored why the rising adjunct rate at colleges and universities was a concerning trend. Today we’re going to explore another concerning trend: The rising tuition discount rate.

The tuition discount rate refers to how much of the college’s sticker price — also known as the “total cost of attendance” — is marked down by scholarships and grants. What remains is called the Net Price:

The net price is what a college asks you to pay from savings, and/or earn from work study, and/or borrow from Uncle Sam or private lenders. I say “and/or” because it’s often a mix of the three. If a college’s sticker price is $30,000, but its net price is $15,000, your discount rate is 50%.

What’s fascinating is that the average discount rate has been rising steadily: The sticker price is also rising. But not as fast as the discount rate. The result? Net tuition revenue — the amount colleges actually collect from students — is declining or stagnant.

Here to talk to us about this trend, and why it’s a problem, is Dr. John Mark Reynolds. Dr. Reynolds is a former Dean at Biola University, a former Provost at Houston Baptist University, and now serves as the President of The Saint Constantine School, a mission of the Antiochian Orthodox Church. He’s also a Senior Fellow in the Humanities at The King’s College, a Christian college in New York City.

If I’m a parent, I like the idea of colleges giving me a discount. What’s the problem with an increasing discount rate?

Dr. Reynolds: If you’re a parent, start by understanding that the college is budgeting around a discounted tuition. Ask what that number is. Many “scholarships” are recruiting devices intended to flatter you and your student into signing up. If you’re not getting more than the discount, you’re paying more than average. If you’re one of the “whales” (language used by recruiters) who are paying full freight, ask why.

Second, realize that tuition discounting is a hard habit for a school to break. They “need” a certain size class when reporting to the Board or to be perceived as “growing.” It’s easy to inflate numbers by giving away seats. But if a school “buys” a student — meaning the family pays less than it costs to educate that student — something has to give. Some students are going to have to pay for other students and costs will be cut.

When discounts approach or exceed 50%, unless it’s a start-up, you should question the long-term financial stability of the school. Many schools are going to close over the next decade. Do you wish to carry the name of a defunct school for life?

Third, confusing “discounts” with scholarships (funded by real money in endowment or gifts) makes the entire cost of higher education harder to calculate. Recall that a 50% discount at a school that has raised their sticker price tuition looks like a lot of money for you. (“My son has earned $80k in scholarships!”) You are still paying and borrowing for the other (inflated) half over the four years. (Recruiter: “Their son is paying us 80k!”) Many students don’t graduate in four years, so the recruiter generally has hidden the costs for the average (not ideal) student.

If colleges are bringing in less tuition dollars, that means they have to cut costs, right? Isn’t that a good thing?

Dr. Reynolds: Cutting costs would be a marvelous thing, if they went after bloated administrations that have grown in the last few years. A good friend of mine at a world class graduate program notes that when s/he came to the program there was one dean and two secretaries. The program or school now has so many administrators that s/he can no longer keep track of them all.

Insight: Cuts will not begin in administration as generally administrators are making the cuts.

There will (almost surely) be an increase in the use of part-time (“adjunct”) professors. These can be great outside voices. I’ve always tried to set aside 10% of openings for people outside the system. But it’s turned into a grind. Adjuncts often teach at several institutions, have no health care, and don’t have the time or office space to mentor students. If you’re taking a general education class at a private school, ask them what percent of general education courses are taught by adjuncts. Any program over 25% is a warning light. Try this: find the name of the professor (they often don’t even know until the last minute). Then find out if you can take the same class from the same part-time professor down the street at a community college.

Colleges should lower tuition to what they need and stop discounting. Scholarships should be real money raised from donors or endowment.

[Editor’s note: With a free account at Guidestar, you can see 3 years of 990 forms for most non-profit organizations, including universities. These financial forms contain a treasure trove of data, including the salaries of the most highly compensated employees.]

Colleges Should Utilize the Community

Seems like colleges are in a catch-22. They have to spend money on buildings and programs that attract students. But the students can’t afford to pay for it all.

Dr. Reynolds: Colleges should lower tuition to what they need and stop discounting. Scholarships should be real money raised from donors or endowment. We need to stop competing with state schools for “cool campus” prizes and utilize the area where we live. For example, the city of Houston, where I live, has a recent World Series baseball team, a professional football team, and excellent pro basketball. Adopt those teams and get out of league play. Encourage living in the community, eating in the community, playing in the community. Does your city have a giant urban library system? Use it.

Colleges that aren’t state schools or rich need to stop the “best strategy” recruiting that has made everyone look the same. Most schools need to find out what they do best and get back to doing that. Administrators need to be cut by over 50% at most schools. Creative contracts for teachers should be considered.

Finally, colleges need to get away from building student borrowing into their financial aid model. Small schools need to embrace a faculty-centered approach that puts all the money in mentors, scholars and teachers. See if students and parents respond.

Level the Playing Field for Different Kinds of Educational Paths