Trust Matthew and Mark — not Marx and Muhammad

If Christ has not been raised, our preaching is useless and so is your faith. — St. Paul’s First Letter to the Corinthians, 15:14. 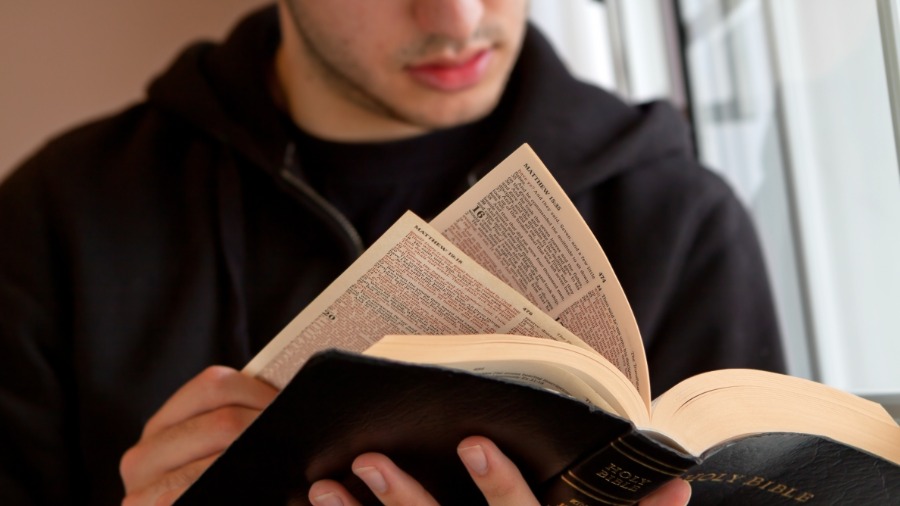 On Easter, one-third of Earth’s population will celebrate the greatest event in human history (Even if we don’t all agree on the exact date of that holiest day). The Resurrection of Jesus Christ. Catholics, Protestants, Orthodox differ on other issues. What we call our church leaders. How they dress for worship. How WE dress for worship. Bread and wine versus crackers and grape juice. Hymns or chants. Worship bands instead of incense. Often weightier matters, too. Did Creation take 6 x 24-hour days, or a wee bit longer? Was Revelation fulfilled when the Roman Empire was pagan, or is some of it yet to come? (Or both?)

What DO Christians Agree On?

Ultimately, then, on what do the world’s 1.3 billion Catholics, 900 million Protestants and 250 million Orthodox agree? The Resurrection. For as St. Paul so bluntly and accurately pointed out almost two millennia ago, the Christian faith is pointless without it.

However, two other major belief systems live as bitter enemies of the cross of Christ. One is secularism or atheism, adherents of which make up about 16% of the world (Although that percentage is projected to decline in coming decades). This religious “unaffiliated” category includes many Marxists, who often go so far as to deny that Jesus was a real historical person. Despite the proven absurdity of this position. These modern-day pagans are very influential here in the U.S. Especially, alas, in the Democrat party, whose membership is now only 52% Christian — and 38% non-religious. By contrast, the GOP is 79% Christian, 15% unaffiliated. Who do you think is pushing “transgenderism,” abortion and trashing of the Founding Fathers, among other pernicious concepts?

Muslims Reject the Crucifixion AND Resurrection

But on a global scale, Islam is a much greater enemy of Christianity. Not only is it a more ancient and coherent belief system, and second only to Christianity in numbers — it’s growing faster than any other. (By 2100 AD, at current trends, the followers of Muhammad will outnumber those of Christ. Unless China’s Christian population increases as rapidly as some data indicates — in which case Christianity might stay number one.)

That could partly explain why the Catholic Church, particularly at the Second Vatican Council in the early 1960s, offered olive branches to the Muslim world. For example: “the plan of salvation also includes those who acknowledge the Creator, in the first place among whom are the Muslims: these profess to hold the faith of Abraham, and together with us they adore the one, merciful God.”

Well, about that. St. James cautioned that monotheism is necessary but not sufficient. “You believe in one god? Good! Even the demons believe that. And shudder.” Sure, Muslims believe in one deity. But what does Islam say about Christ’s Crucifixion and Resurrection? Let’s go to the holy book of that religion.

The Source of Islamic Rejection of the Risen Christ? The Quran

Sura al-Nisa’ [C]:157 states “as for their saying ‘verily we have slain the Messiah, Jesus the son of Mary, an apostle of God’ — they slew him not, and they crucified him not, but only his likeness.” Sura Imran [XCVII]:54,55 adds: “remember when Allah said ‘O Jesus! Verily I will cause thee to die and will take thee up to myself and deliver thee.’” J.M. Rodwell, in his excellent Quran translation, glosses this. “Muhammad probably believed that God [sic] took the dead body of Jesus to Heaven … while the Jews crucified a man who resembled him. … It would also seem … that Muhammad supposed Jesus to have died a natural death.”

And the one in the ”likeness” of Jesus who was actually crucified? Either Judas Iscariot or Simon of Cyrene. Very likely the founder of Islam and the compilers of the Quan were influenced here by the apocryphal Christian writings. Regarding Judas, by the Gospel of Barnabas. The Simon of Cyrene theory comes from the Gospel of Basiledes. Much of Islamic teaching on Jesus’ life and death comes from the 14th century Muslim scholar Ibn Kathir. His take on Jesus, which summarizes the Quranic view as well as that of Islamic traditions, is generally regarded by Muslims as, pardon the pun, gospel truth. “Allah the exalted did not permit the people of Israel to kill Jesus or crucify him. What happened was that Allah saved Jesus from his enemies and raised him to heaven. They never killed Jesus, they killed someone else.”

But Islam Is Wrong — Christ is the Crucified AND Resurrected Lord

But of course, Muhammad, the Quran and all of Islamic teaching are wrong on this topic. As the Gospels all testify — and non-Christian Roman sources corroborate — Jesus was crucified “for us under Pontius Pilate.” He took the punishment for our sins by that sacrificial act. “Broke the bonds and loosed the chains/carried the cross of my shame.”

But the story didn’t end there. He was also resurrected. And that opens the way to God, and salvation, for all of us. Matthew (chapter 28), Mark (chapter 16), Luke (chapter 24) and John (chapters 20 and 21) all tell of the Risen Christ appearing to the disciples, and others, before His Ascension (Acts chapter 1).

Muhammad may have done some good in bringing monotheism to the polytheistic Arabs. But the harm done by his heretical teachings on Jesus Christ — which still enthrall billions — outweighs any of that. Still, the good news of Easter for everyone, Muslims included, is this. “If you declare with your mouth that ‘Jesus is Lord,’ and believe in your heart that God raised him from the dead, you will be saved.”

Easter proves that Christ is Risen! He is Risen indeed!