Pastor Shane Idleman and Dr. Michael Brown will be having a friendly debate on this topic today! See below for details. 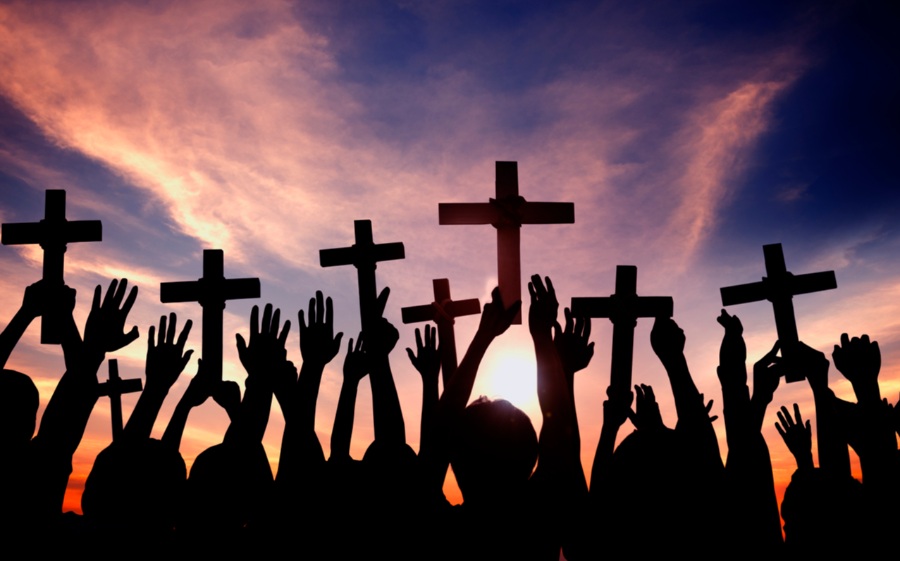 The current political climate, and more specifically the politics that have invaded the church, are causing increased division among those who profess to be Christians. Whether it’s a tweet from Beth Moore denouncing so-called Trumpism and nationalism, or a radical right-leaning group pointing to Trump as the Savior, the divide has left many people confused.

Here are a few points I’m hoping will help. But first, I’d like to begin with a question: Since when did being concerned about protecting innocent life become nationalism, and wanting God’s Word honored and the freedom to preach the gospel become Trumpism? Could it be that we are allowing a secular, godless society to wrongly label many of us? Is it possible to love what God has done in America without being stereotyped as a “bad” person?

Granted, many of us, including myself, can do a better job of communicating our feelings via humility and gentleness. But when we see that a Biden administration would promote transgenderism to our little ones, allow eight-year-olds to acquire a sex change, encourage the most perverted legislation any society has ever known, stifle Bible-believing churches, mock God, and kill children at nine-months’ gestation, we get a little fired up. And so should you.

(Special note: I will also discuss some of these issues with Dr. Michael Brown, who has a good grasp on understanding both sides. The links to listen are below.)

1. Where we acquire our information can divide us.

For example, some believe there is no evidence of massive fraud in the recent election, while many others are convinced there is. Many are arguing opinions, not facts, just because they don’t like President Trump. This is really the root of where the division begins. The fact is that political officials, many news organizations (see the short list below), and attorneys like Lin Wood and Sidney Powell have been sounding the alarm about election fraud and “errors” since day one. (Some even before the election.)

Do your own research and see where the facts take you. For example, I think there is plenty of evidence to show that the Dominion voting software was designed to influence elections, not simply count votes. (Again, see the links below.) Some people are trusting the mainstream news outlets and never look at the other side. Most of the mainstream news is owned by just a few large corporations who are hell-bent on destroying America — even if it involves lying, stealing and manipulating. Do your homework. Find sources of actual journalism, and let the facts lead you to your conclusions rather than being told what to think.

Finally, be gracious when communicating with others, and try to be helpful and compassionate. For example, someone who disagrees with me and my wife often on social media is currently going through tremendous hardship. My wife just told her that we could help her out financially. That one gesture broke down the walls of offense.

2. How we think about hot topics can divide us.

A statement I’ve been hearing goes something like this: “I do not believe most Christians are moved with concern about abortion since they do virtually nothing about it.” This statement is not correct. Believers do everything from stand outside abortion clinics, pleading with the women not to kill their babies, to hosting prayer meetings and volunteering at pregnancy resource centers.

A recent report said that one-third of independent abortion facilities have shut down. So is it wrong to desire a leader who will help us accomplish these things? I am not sure who “they” are who do nothing about it, but I can state with confidence that there are many who contend for what is right, regardless of who is in office. I would argue that any person not moved to oppose abortion should examine themselves, as 2 Corinthians 13:5 says, to see if they are in the faith.

3. False narratives that appear real can divide us.

Some say that President Trump denies and attacks all who disagree with him. They add that we do not care about the truth, and that Trump has normalized slander and ridicule. Although I agree that the way he communicates could be toned down considerably, I would challenge folks to look at what the president has actually said, and then compare that to what is said by the left about the president. Then, tell me who is primarily responsible for “normalizing slander and ridicule.” As I’ve said before, the president is hated not because of his character but because of what he stands for. He is a disruptive force. If the abortion industry, George Soros, most of the media, ANTIFA and Hollywood are on your side, are you sure that you’re on the right side?

We are more concerned about our national character and morality — the laws we make and the people we appoint — than “mean-spirited” tweets. Again, I wish his communication was seasoned with grace, but to use this as an excuse to not support him makes no sense to me and 74 million other Americans.

We are to prepare for persecution but never to invite it. I have talked to persecuted Christians from Iran to China, and they all tell me that we must value our freedom to worship God over Trump’s character flaws.

Are we making a deal with Satan to get what we want, as some may suggest? Hardly. These charges, to use a favorite term of the left-wing media, are baseless and show an alarming lack of genuine concern for the issues. As one friend told me, “I have four boys and a wife I’m praying for daily. If one can tell me how the LGBTQ agenda being forced down our throats and the ushering in of the anti-Christian, anti-God, ‘throw Bibles in a bonfire’ mentality of the left is okay and we shouldn’t support Trump, then I’m all ears.”

Aren’t we supposed to strive for the best for our kids and future generations? Aren’t we to defend the weak and the fatherless and to give a voice to those who have no voice? Or are we to roll over, embody the modern misconception of what it is to be “meek,” and look at our children and grandchildren as we hand them over to a godless society? We are to prepare for persecution but never to invite it. I have talked to persecuted Christians from Iran to China, and they all tell me that we must value our freedom to worship God over Trump’s character flaws. There is no seat in the mushy middle for the believer. Truth does not give us that option — there is right and wrong, good and evil, and we must choose a side.

4. Those saying, ‘The actions of the president hurt the gospel’ divide us.

I want to tread carefully here because it’s a vital topic — in fact, there is no topic more important than the gospel witness. We can hurt the gospel if our attitude is arrogant and bombastic. But, as I said in a past article, the view that says supporting the president always hurts our witness is flawed in at least three ways. Read them here.

I have thought about this issue for months, and I’m open to hear what the “middle-ground” is. But if we take this line of thinking about hurting the gospel to its logical end, does that also mean we shouldn’t speak out against abortion because it may hurt our witness to physicians who perform them? Or what about the mother who had an abortion — should we not mention any pro-life positions because it may offend her? What other evils should we remain silent about so as not to offend? I am pretty sure Jesus never said, “Go out to all nations and preach the Word, unless it hurts someone’s feelings or makes them uncomfortable with their sin, in which case, quietly walk away.”

No, it’s okay to speak the truth in love and then offer hope. In fact, love requires us to speak the truth, to stand firm for the gospel, to oppose lies and slander, and to expose the unfruitful works of darkness (Ephesians 5:11). That is what it is to be a Christian — a sojourner in a land that is not our home but one in which we have been called to serve — to be the shining city on a hill, a light in a dark world.

My Discussion With Dr. Brown

I’ll be discussing some of these issues with Dr. Michael Brown later today, Dec. 23rd. That discussion should be uploaded to these platforms shortly thereafter: YouTube, Twitter, Parler, Facebook, MeWe and Rumble.

News stories about voter fraud below: