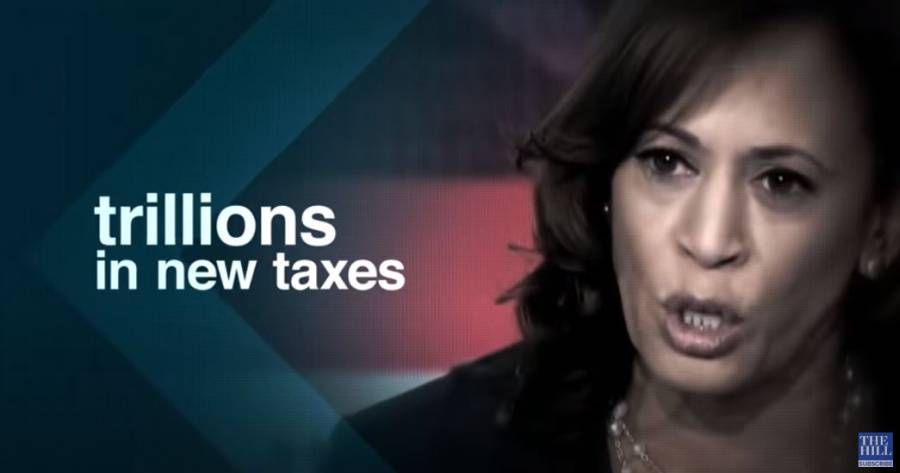 The news that Democrats had selected Kamala Harris as Joe Biden’s running mate had no sooner hit the wires when the Trump campaign released a hard-hitting ad.

In it, the campaign blasts Harris for “rushing to the radical left” for political purposes, lays out some of her more radical proposals, and reminds viewers how she attacked Joe Biden’s “racist policies.” Democratic voters, “smartly spotted a phony. But not Joe Biden. He’s not that smart.”

Trump himself in his afternoon presser repeatedly brought up Harris’ nastiness to Brett Kavanaugh. “She was extraordinarily nasty to Kavanaugh,” he said. “She was nasty to a level that was just a horrible thing.” If Donald Trump had a dime for every time he’ll be calling Harris nasty he’d be as rich as Donald Trump.

But it appears that “nasty” is what Democrats were looking for. They just used different words.

Susan Rice, who was reportedly the runner-up for the gig, called Harris a “tenacious and trailblazing leader.”

My warmest congratulations to ⁦@KamalaHarris⁩. I am confident Biden-Harris will prove to be a winning ticket. I will do my utmost to help them win and govern. 👇🏽 pic.twitter.com/9pfJggZSV9

@KamalaHarris is a great choice for Vice President.

Her tenacious pursuit of justice and relentless advocacy for the people is what is needed right now. 1/ pic.twitter.com/Fnv9SgWxDc

And a third, Michigan Gov. Gretchen Whitmer, said Biden and Harris “will be a fierce team.” Are we detecting a theme?

I am extraordinarily proud to support @KamalaHarris and @JoeBiden! They will be a fierce team to Build America Back Better. #WeHaveHerBack pic.twitter.com/pxNnv5bGD2

Looking at the Record

With many talking heads, including those on Fox News, saying Harris was tested during the primary debates, folks were quick to tweet out how she failed that test. More specifically, they reposted the video of Rep. Tulsi Gabbard destroying Harris’ campaign in less than a minute. (That’s why Harris is the nominee’s vice-presidential choice, not the nominee.)

And there was quick reminder that Harris compares our ICE officers enforcing immigration law to the KKK.

Also a reminder that Harris used to believe those who accused Joe Biden of unwanted touching. “I believe them and I respect them being able to tell their story and having the courage to do it.”

All jokes aside— I respect @JoeBiden for finding a Vice Presidential mate that locked up *almost* as many black men as he did. #KamalaHarris

Then there’s this gem:

FYI, #Kamala is not a Black American.

She’s the biracial daughter of Indian and Jamaican immigrants.

Former GOP VP candidate Sarah Palin offered some free non-partisan advice, the lessons she and former VP candidate Geraldine Ferraro learned. Two big points: “Don’t get muzzled” and “out of the chute trust no one new.”

Congrats to the democrat VP pick 🇺🇸 Climb upon Geraldine Ferraro’s and my shoulders, and from the most amazing view in your life consider lessons we learned: 1) out of the chute trust no one new; 2) fight mightily to keep your own team with you – they know you, know your voice, and most importantly are trustworthy; 3) don’t get muzzled – connect with media and voters in your own unique way. Some yahoos running campaigns will suffocate you with their own self-centered agenda so remember YOU were chosen for who YOU are. So stay connected with America as you smile and ignore deceptive “handlers” trying to change you; 4) some fun terms you may learn: “OTR” – an orchestrated campaign stop that’s meant to look un-orchestrated where you “normalize” in front of voters. (I’d remembered not packing my running shoes, they turned it into a whole campaign stop with media detailing my every move trying on shoes.) OTR’s get bizarre (try eating in front of vultures looking for the “gotcha” shot!) but my team made OTR’s the second most fun thing! “Ropeline”: thee MOST fun thing! Every single handshake and holler and hug and smile melted my heart, energized my soul, and gave me the utmost hope in the greatest country on earth! The ropeline is often the only way to literally touch those whom you wish to serve, so be sincere in looking in their eyes, understanding why they’re there, never forgetting they represent the innumerable Americans putting their trust in you to serve for the right reasons. It’s who and what they represent that is all that matters! 5) don’t forget the women who came before you; 6) have fun! This IS the greatest country in the world and hopefully you’ll be blessed beyond belief, like I was, with meeting new people from all walks of life and see just how great it is! 🇺🇸 more to come… including one of the funniest things in my life, right before my debate with Sen. Joe Biden… stay tuned! – Sarah Palin

Biden and Harris Will Appear Together Tomorrow

At least the guy she’ll be debating kept it warm and fuzzy. The ever-genial Mike Pence congratulated Harris and said, “See you in Salt Lake City,” site of the VP debate in October.

Joe Biden will see Harris tomorrow. The Democratic ticket will appear together for the first time tomorrow in Delaware.