Could the man who brokered the Abraham Accords have a role to play in the current crisis? 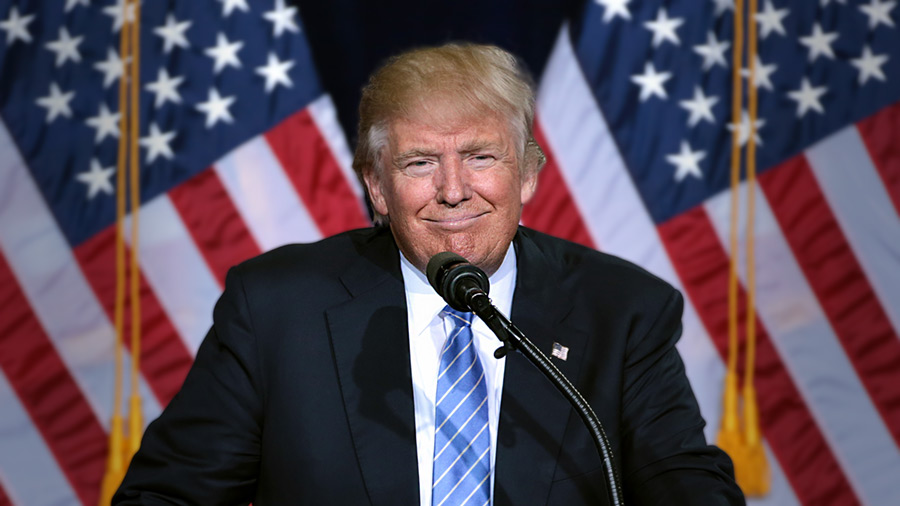 Since the 2020 election got stolen from him and handed to The Secret Committee Formerly Known As Joe Biden (TSCFKAJB), former president Trump has remained an ambiguous figure. He hasn’t seemed to know what to do with himself. By default, he remains the only leader among Republicans with a large popular base. But where and when will he lead?

Trump’s Last Chance to Stand Up for the Common Man?

On Ukraine, Trump has an opportunity stand up for the ordinary Americans who elected him twice, but only got him once — and then only sort of, since Deep State conspirators crippled and hijacked his four years in office.

What set Trump apart from the Gadarene herd of mind-numbing mediocrities he crushed for the nomination in 2016? (From that epithet, please exempt Rand Paul, who’s excellent but unelectable, and Ted Cruz, who’s brilliant but quite insufferable.) Several things:

A Catastrophe Not Even George W. Bush Could Hand Us

But any kind of war with Russia today over Ukraine’s 1950s borders or NATO membership fantasies would make the Iraq and Afghanistan wars look like Ronald Reagan’s invasion of Grenada. We would look back nostalgically to the “good old days” when we were only fighting ruthless Muslim guerrillas in freezing cold mountain hellholes.

Don’t worry: Putin and his allies won’t permit such an outcome, which would end with them dying in ditches like Muammar Gaddafi or Saddam Hussein. Fight a direct or proxy war against them well enough, and push them into a corner where they think that’s likely to happen, and … kaboom. Welcome to a series of nuclear exchanges between the West and Russia. Tens of millions would die, from Ukraine to San Diego. Keep in mind that World War I started in just this way, though again it will look like a children’s birthday party by comparison with a nuclear World War III.

You, dear reader, would almost certainly die in it. Quickly by blast, I hope. But those of us lingering for months to die of radiation in the rubble would have ample opportunity to thank hawkish Republicans and slavish propaganda media for pushing us over the brink.

If Our War Goes Badly, We’ll Be Bankrupt

God willing, such a war against Putin’s Russia would go badly enough that we never came to nukes. Let’s say the West stupidly arms the hapless Ukrainians and convinces them to walk away from Russia’s proffered peace terms. Then a long, bloody conflict, street by street, opens up in Eastern Europe, where Russia sees its vital national interests at stake — far more than it did in Afghanistan, where it stayed and fought for a decade. Remember that Russia has been fighting its neighbors over Ukraine, on and off, for the past 500 years — starting with the very first Tsar. They’re not likely to stop now, just because the hags on The View don blue-and-yellow badges.

If you care about live Ukrainians, instead of just festive headstones, that should be the last outcome you’d want to favor.

If you’re worried about our cratering economy, mind-blowing debt, or the threat of Communist China, be assured that a multi-billion-dollar commitment to turning Ukraine into No Man’s Land will break America even quicker.

Trump Should Broker the Peace Meeting in Jerusalem

Donald Trump needs to go on television and tell these home truths to every American. Then the man who wrote The Art of the Deal should pick up the phone and arrange to serve as honest broker between Russia and Ukraine. Perhaps he should fly to Jerusalem, and help the Israelis host the rumored peace talks between the belligerents. If any American would have the credibility with both sides to manage that, it’s Donald Trump. He had good relations with both countries’ leaders, and both of them surely suspect that he represents the real opinions of most Americans. He wouldn’t be bound by any of Biden’s dithering counsels, or pretend to bind the U.S. He would just serve as a broker.

If his intervention failed, he could shrug and say, “I tried to end a stupid war, and keep America out of it. So sue me!”

If it succeeded, he would have ended a bloody, meaningless war between two illiberal, corrupt regimes that jail their political opponents. (If you think it’s anything else, then you’ve been letting the Jussie Smollett enablers in our media spoon-feed you agitprop.)

And saved unknown thousands or millions of human lives (many of them American), keeping trillions more dollars from going down the toilet of defense companies. He would secure his hold on the GOP nomination for 2024, and drive out of the GOP internal traitors like Lindsey Graham, Liz Cheney, and Mitt Romney. The party would be all his — or rather, all ours.

Best of all, perhaps: The same media that lied about “Russian collusion” for four long years would go into spastic frenzy at the sight of Trump taking away their nightly Ukrainian sob stories. They’d accuse him, of course, of “treason.” Biden might try to prosecute him under the absurd and unconstitutional Logan Act. And Trump would laugh at them all, all the way to re-election by a landslide.

A win too big to steal.