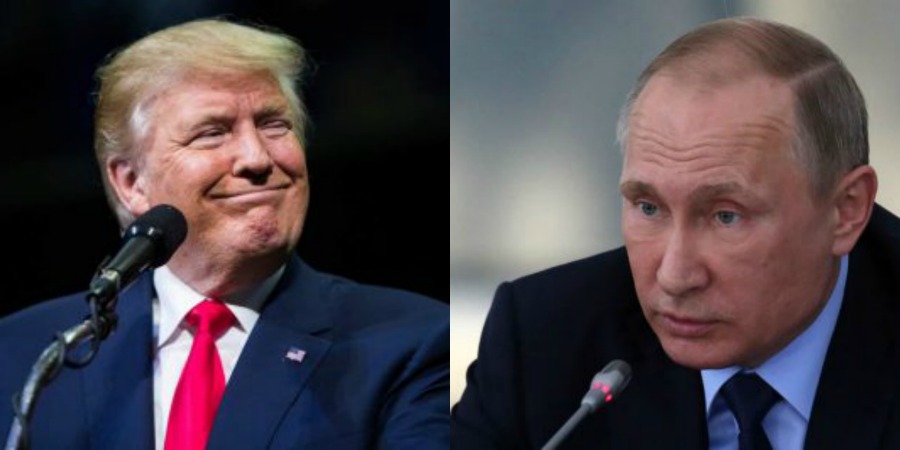 The latest claim of left-wing dead-enders who simply cannot accept that America rejected their candidate is that Russia “hacked” the presidential election. At first, they implied that Russian computer geniuses had rigged our voting machines. When scrupulous recounts turned up zero evidence for that claim, the story morphed almost seamlessly into the rumor that Russia was somehow behind the Wikileaks revelations about the Clinton campaign — that Putin wanted Trump to win the election, so he orchestrated the release of thousands of authentic, damning documents.

So far, the only particle of proof for such a story amounts to illegal leaks from unnamed CIA officers slipped to a friendly liberal reporter — and disputed by the FBI. Left-wing journalist Glenn Greenwald dissects this piece of partisan fake news, and accuses its purveyors of engaging in McCarthyism, defined as making vague, untestable charges designed to destroy someone without due process. Furthermore, the leaks were completely authentic, and revealed extensive corruption and religious bigotry inside the Clinton machine. Remember that Watergate began when an FBI agent (“Deep Throat”) illegally leaked information to the press, which the Democrats used to take down a president and dominate U.S. politics through the 70s. If (I say IF) the Russians were somehow involved, they did the U.S. a favor.

Within the Senate, dead-ender globalists from the center-left (Schumer) to center-right (McCain) are trying to prevent the incoming Trump administration from repairing our relations with Russia, for instance by appointing as Secretary of State Rex Tillerson — who has a long track record of negotiating successfully with the Russians during his tenure as head of Exxon.

In the European Union, elitists who wish to cram down the throats of voters a European superstate with open borders to Turkey warn darkly that their populist opponents are Vladimir Putin’s puppets.

During the GOP primaries, candidates Jeb Bush, Chris Christie, and Marco Rubio wanted the U.S. to risk a military confrontation with Russia in Syria, in order to aid the jihadist rebels who (as Peter Hitchens notes) cooperate with al Qaeda, are funded by Saudi Arabia, and likely to ethnically cleanse that country’s one million Christians, should (God forbid) they win.

Russia: A Nation of Deplorables

What on earth is going on? I have a theory. If you read Tom Wolfe’s great 1980s novel The Bonfire of the Vanities, you’ll remember that the dream of every NYC prosecutor was to find the “Great White Defendant”— a well-heeled white lawbreaker who would let you be tough on crime, while keeping your non-racist credentials bright and shiny.

Russia is the Great Christian Piñata. Its regime is against abortion, aggressively pro-Christian after a fashion, and starkly opposed to the LBGT revolution. Now some Arab despotisms are also socially conservative, but because they are Muslim and Middle-Eastern, criticizing them seems racist — at least, to self-righteous, Ivy-educated journalism majors who think that Islam is somehow a race. But Russians are historically Christian and mostly white. So they’re fair game: a nation of “deplorables.”

If you want to rattle a saber, defend human rights, attack social conservatism (or even Christian faith itself), Russia is your target regime of choice. For Christians wishing to preen about their moral purity, bashing Russia also makes sense, because it shows you have no double standards. Never mind that Muslims live unmolested in Russia in tens of millions, while bibles, crosses, and Christian rites are illegal in Saudi Arabia, even in foreign embassies — but you never condemn the Saudis.

Vladimir Putin is no Abe Lincoln. Neither are the rulers of many dictatorships which we flatter and cosset, from “Two-Child Policy” China to the rape-victim-torturing Saudis. Putin runs a corrupt regime, and poses a possible threat to U.S. allies in Poland and the Baltic states. He invaded Ukraine — which before the collapse of the USSR had been part of Russia for longer than Tennessee has belonged to the U.S. He has doubtless murdered his enemies and persecuted his critics.

Is Russia really the prime security threat to the United States of America? To Western civilization? We have witnessed in just the past year the mass colonization of Europe by more than a million Muslims.

Who Really Threatens America and the West?

But is Russia really the prime security threat to the United States of America? To Western civilization? We have witnessed in just the past year the mass colonization of Europe by more than a million Muslims, “refugees” whom Saudi Arabia and other rich Muslim countries refused to take — though the Saudi spend millions building them mosques in Munich and Paris. The Turks — the “first safe country” under international law, where every single refugee should have gone — helped transport them into Europe, and have buses ready to ship in millions more, if the EU doesn’t cave to Turkish demands for visa-free travel for the whole population of Turkey throughout every EU country.

Russia isn’t flooding Europe with a million fanatical Russian nationalists. It isn’t seeding the West with militant Orthodox clergy — as Saudi Arabia staffs the mosques it builds around the world with jihadist Wahabi imams. There hasn’t been a series of religiously motivated crimes around America committed by Russian Orthodox Christians. In fact, there hasn’t been one.

By contrast, the number of Muslim attacks against Americans numbers in the dozens in just 2016. Europe is enduring a crime wave at the hands of Muslim colonists, which the EU is trying to cover up by censoring the press. Sweden just forbade its police to publish physical descriptions of wanted criminal suspects — apparently because too many of them just happened to be Middle Eastern.

Right now, in Syria, Russia is acting on the obvious fact that the country can only be held together by a nasty dictatorship (like most Muslim countries, to one degree or another). Russia prefers a secular dictator who doesn’t persecute Christians and Alawites to the Sunni Muslim dictator whom Turkey and Saudi Arabia’s allies would install, who would. Either way, thousands of people are doing to die, and as in Iraq, there is absolutely nothing America can do to stop it, except to send American troops over there to die right alongside them.

Do we really need hearings in the Senate to make sure that none of Trump’s appointees are too open to working with Russia? Can you imagine that the Senate would have grilled a President-elect Hillary Clinton’s nominees for their ties to Qatar or Saudi Arabia? Not in the billions of years of recorded time. Even such a suggestion would have gotten denounced as “Islamophobic.” But it’s fine to be Russophobic. Russia is the Great Christian Piñata. It was once occupied (and wrecked) by our Communist enemy. There is no political downside to trashing it left, right and center. But doing so is reckless and foolish, a crude diversion from every genuine threat that faces us.

Trump Cries ‘Peace, Peace’ in Syria. But Is There Peace?