Trump Proved in One Tweet Why Red Flag Laws Are Dangerous 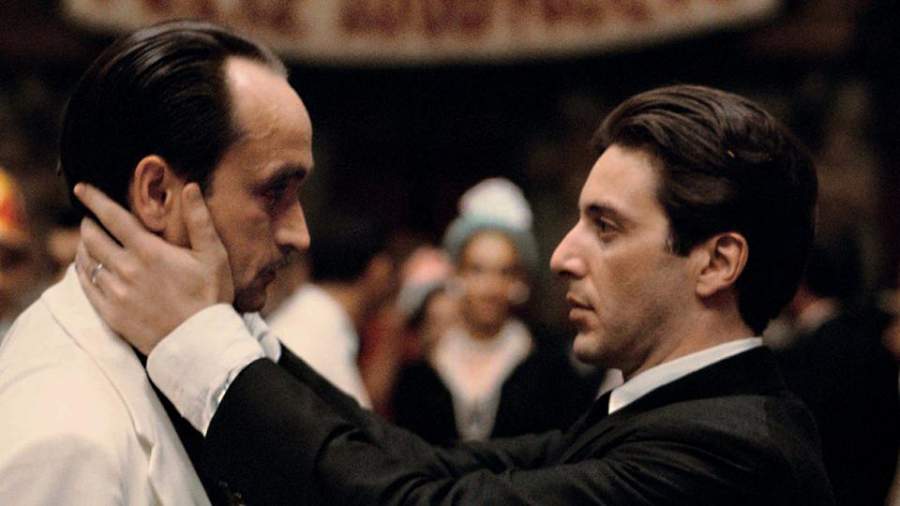 Many devout citizens who think President Trump is doing an excellent job overall still wince when he goes on Twitter. They say that these “off-script” moments divide Americans and detract from his agenda. Others counter that given the tight, Soviet control over most other media, presidential Tweets amount to Samizdat — little paper messages tossed over the Gulag fences.

Myself, I’ve never had the problem with presidential tweets that other have. That’s because, like Trump, I’m from Queens. If Chris Cuomo is “Fredo” from The Godfather, that’s because he isn’t from Queens, The Bronx or Staten Island. Those boroughs turn out clones of the hothead Corleone “Sonny.” The slippery Machiavellian Michaels? They either hail from or move to Manhattan and Brooklyn. Let them stay there, as far as I’m concerned.

As you probably know, Chris Cuomo got a bit of the Sarah Sanders treatment lately, when an obnoxious guy called him “Fredo” in front of his family. And Cuomo went ballistic, as is fitting. Insulting a man when his children can hear pretty much defines “fighting words.” A healthy man wants to fight.

Under Red Flag laws, it wouldn’t take the president calling you dangerous to get your guns confiscated. The Little League umpire you yelled at could do it. So could anyone who resents your pro-life bumper sticker or GOP yard sign.

What wasn’t fitting? When Cuomo remembered that he identifies not as a healthy man, but a Woke Intersectional liberal. And a “privileged” white male at that. So Cuomo seamlessly shifted from hotheaded Mediterranean male mode to simpering victim. He claimed that “Fredo” is a racial epithet that plagues Italian-American men across America, or something. Now there’s a word for such a claim. We call it a “lie.”

The character of Fredo Corleone comes from a novel by an Italian-American author, Mario Puzo, and a film by an Italian-American director, Francis Ford Coppola. Fredo was the dumb, resentful, cowardly Corleone brother (his catchphrase was “I’m smart!”) who felt like the family outcast. So he betrayed Michael to a rival gang, and got a bullet in the head as his reward. Since the movie, many have used “Fredo” to rag on the less talented member of prominent families, from the Bush clan to the Kennedies. There’s even a term out there for NeverTrump Republicans, dubbing them (aptly) “Fredocons.”

What “Fredo” isn’t is an epithet like the “n-word.” It’s not even a stereotype. Nobody runs around thinking that Italian men are cowards. Or that they’re stupid. Or that they turn on their families.

I know this because I grew up in an Italian-Greek neighborhood, Astoria, and my best friend since second grade grew up speaking Itanglish to his immigrant parents. (They came here in the 1950s, busted their butts in garment factories, and bought a house now worth $1 million … all without learning English. My native-born parents, by contrast, invested in … Bingo.) I took Italian in school so I could speak to them. If you called Anthony “Fredo,” he’d just look … puzzled.

But here’s where the president’s tweet comes in. I found it unnerving. I want to think he did it on purpose, that he’s playing four-dimensional chess. Sadly in this case, I don’t think so. Remember the “Red Flag” laws which Trump said he’d support? The ones that I’ve screaming about since he said it? Those laws would let any nosy neighbor, ex-spouse, or disgruntled former employee call the cops and report a gun-owner as “dangerous.” Then a judge sends the cops to seize all his weapons and ammo. And the burden of proof falls on the gun-owner to hire a lawyer and prove himself safe to enjoy 2nd Amendment protections.

Well, in case you thought those laws wouldn’t get abused (you know, the way divorcing spouses make fake sex abuse charges, and neighbors make unfounded child abuse reports against home schoolers) … . Here comes the president of the United States to prove you wrong. I don’t care if he was kidding. Trump abused the Red Flag laws before they even existed (outside a few wretched blue states):

Would Chris Cuomo be given a Red Flag for his recent rant? Filthy language and a total loss of control. He shouldn’t be allowed to have any weapon. He’s nuts!

Conservative commentator Ben Shapiro weighed in here, and so did I:

Yeah, man, that’s not how red flag laws are supposed to work. And if that’s how they work, there shouldn’t be red flag laws. https://t.co/4EqkvcObOW

But in fact it is EXACTLY how such laws work, and how they’ll be used.

Under Red Flag laws, the president need not call you dangerous to get your guns confiscated. The Little League umpire you yelled at could do it. So could anyone who resents your pro-life bumper sticker or GOP yard sign.

And of course, President Trump has no intention of making a Red Flag claim against Cuomo. But what about a president whose FBI actually obeyed him, who really wanted to disarm citizens who opposed him? Does anyone think a journalist-jailing President Kamala Harris would think twice about doing so? She’d work with private sector snitches from David Brock or George Soros’ organizations. They’d draw up lists of conservatives based on social media posts. Then recruit people they knew to turn them in.

The Death of a Thousand SWATs

The genius of Red Flag laws? It’s like a guerrilla war. If the U.S. government tried, in one fell swoop, to confiscate every gun in America, it would provoke massive resistance. Maybe a civil war. Instead of trying that, the left (and squishy, contemptible center) hopes to outsource the gun-grab. To decentralize it into thousands of discrete raids by SWAT teams on gunowners’ homes. (Yes, that happens, with no need for a warrant, as National Review reports.)

I’d like to think that President Trump got wise to how evil and un-American laws like this really are. Then he decided to turn leftists against it by taunting poor “Fredo” Cuomo. But that’s the kind of advice that comes from a “war-time consigliere,” and I’m not sure Trump really has one.

Chris Cuomo and the Great Fredo Kerfuffle of 2019