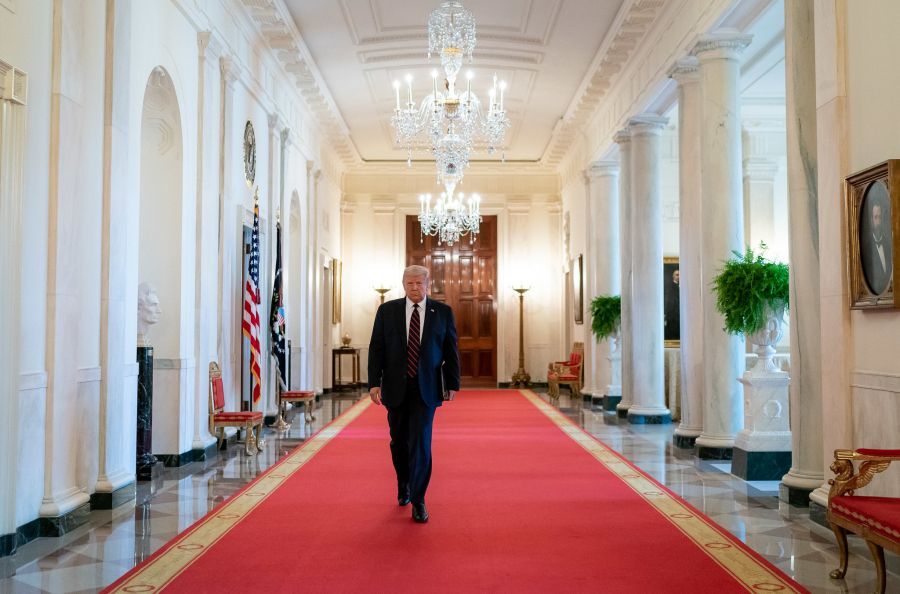 President Donald Trump issued a series of executive orders Saturday to help bring further COVID-19 relieve to Americans after the White House failed to reach a deal with House Democrats.

Democrats wanted to spend another $3.4 trillion. The Republicans were offering $1 trillion. Speaker Pelosi said she suggested a compromise of $2.4 trillion. Treasury Secretary Steve Mnunchin said that was a “non-starter.”

So President Trump acted. Here’s what the four orders provide:

Trump’s executive action calls for $400-per-week in supplemental unemployment aid. Unemployed people were getting $600-a-week extra until the federal program expired at the end of July. This supplemental aid is on top of existing state unemployment benefits.

Trump would divert up to $44 billion from FEMA’s Disaster Relief Fund to cover the unemployment program.

Democratic lawmakers were insisting on keeping the $600 payment, even when it provided a disincentive for people to return to work.

Federal Effort to Hold Back Evictions and Foreclosures

President Trump directs his administration to identify available funds to “provide temporary financial assistance to renters and homeowners who, as a result of the financial hardships caused by COVID-19, are struggling to meet their monthly rental or mortgage obligations.” The goal is to stave off evictions and foreclosures on businesses and homeowners.

The eviction moratorium provided by the CARES Act expired July 24, leaving millions of renters and homeowners at risk of eviction.

Payroll taxes on employees making less than $100,000 will be deferred from Sept. 1, 2020 through the end of the year. This is that chunk of your paycheck that goes to Medicare and Social Security. However, don’t think you keep the extra cash for long. It will have to be paid back at year’s end, unless there is another government action to say otherwise. As Fox News puts it, it’s essentially an interest-free loan. However, Trump said Saturday that he’ll call for legislation that forgives people from having to pay back the loan.

President Trump has suspended payments on all federal student loans, and set the interest rate at 0%, through the rest of the year.

Forbes reports, “This extension will be a welcome respite for recent graduates and young professionals who have faced layoffs and reduced hours. Young adults are more likely to work hospitality and retail jobs; both sectors have seen staggering rates of layoffs and closures.”

As with any action taken by Trump on anything, these executive orders are likely to face legal challenges. Matters involving taxes and spending typically require legislation from Congress.

However, politically, Democrats are in a box. As Secretary Munchin said, “If the Democrats want to challenge us in court and hold up unemployment benefits to those hardworking Americans that are out of a job because of COVID, they’re going to have a lot of explaining to do. Further, how are they going to justify blocking $400 payments to Americans while demanding the next stimulus package pays illegal immigrants?

Republican Sen. Lindsey Graham said that while he appreciates Trump’s executive orders, he would “much prefer a congressional agreement.”