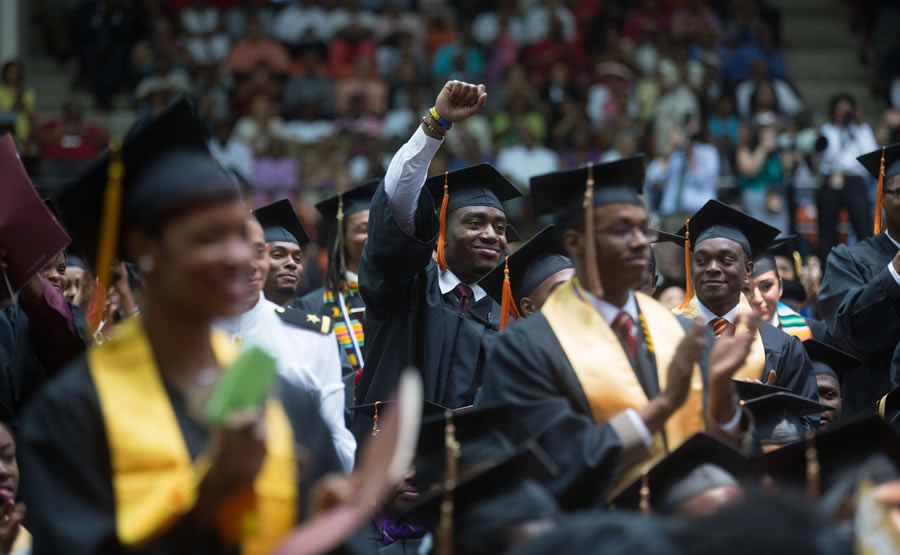 As both of us can attest, historically Black colleges and universities (HBCU) provide a vital path for young African-Americans to reach the true heights of their potential.

Mr. Cain grew up poor in segregated Atlanta, Georgia, the son of a chauffeur and a domestic worker. In 1963, he had the opportunity to attend Atlanta’s Morehouse College, an HBCU that imparted not only an education, but a religious and cultural foundation that would later lead to a Master’s degree and a successful business career serving as the CEO of both a major restaurant chain and the National Restaurant Association.

Mr. Blackwell has seen the importance of HBCUs from a slightly different perspective. After serving as Mayor of Cincinnati and Ohio’s Treasurer of State, he had the opportunity to join the board of trustees of Ohio’s Wilberforce University, which in the 1860s became America’s very first black-owned institution of higher learning. That role gave him firsthand insights into the impact that HBCUs such as Wilberforce continue to make in the lives of young black Americans.

We can both further state that there has never been a president in the White House who has been more supportive of HBCUs and their mission than President Trump. Through both legislation he has championed and executive action he has taken independently, the President has shown time and again that his administration is committed to promoting the survival and relevance of distinctively African-American institutions of higher education in this country.

Just after taking office, one of Donald Trump’s very first executive orders established both a White House Initiative and a President’s Board of Advisors on HBCUs, placing them at the very center of this administration’s education policy. He subsequently relaunched the HBCU Capital Finance Board, which has distributed over $500 million in student loans.

Cabinet-level federal agencies have also gotten in the game. Attorney General Bill Barr’s Justice Department, for example, issued an opinion that will allow faith-based HBCUs, such as Morehouse and Wilberforce, to enjoy the same access to federal support for capital improvement projects as secular institutions.

President Trump is also providing more funding for HBCUs than any other president in history. The Fostering Undergraduate Talent by Unlocking Resources for Education Act (FUTURE Act) that he signed into law last year included $255 million in permanent, mandatory funding for HBCUs, and the 2019 Farm Bill included an additional $100 million for HBCU scholarships, research, and centers of excellence.

The scale and duration of President Trump’s commitment to HBCUs is a story often ignored in the popular press, but it fits neatly within the framework of his governing philosophy. This administration has the interests of all citizens at heart and is always trying to fund and support solutions that truly empower black Americans. It is no coincidence that African-American unemployment and poverty rates both reached all-time lows under President Trump before the Coronavirus pandemic struck.

As the country prepares to restart and rebuild from the pandemic, the Trump administration’s commitment to HBCUs takes on added importance. President Trump knows that HBCUs will have a role to play in the coming challenge, which is why he included $1 billion in relief to HBCUs and other minority-serving institutions as part of federal pandemic relief efforts.

As the entire country strives to return to a new normal over the coming months, HBCUs and the wider African-American community can take comfort in the knowledge that they have an unwavering ally in the White House.

Herman Cain is CEO of The New Voice and a former presidential candidate.