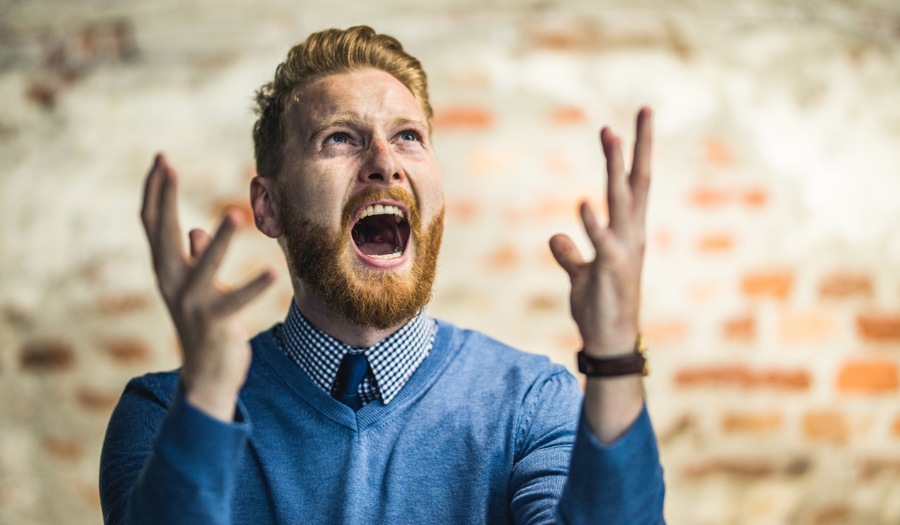 There’s an old, old saying, “Don’t shoot the messenger.” It goes back many centuries. That’s because it touches something deep in human psychology — our visceral temptation to lash out. To react with instant terror, then violence, to bearers of bad news:

Let me add a new constituent to this list: Politicians who inadvertently expose how insane and dangerous our politics have become. Such as our president.

It’s quite a piquant irony that, of all people in America, this task fell to … Donald Trump. It was one thing when Patrick J. Buchanan delivered one of the great speeches in American political history. At the 1992 GOP Convention, he gave establishment GOP types heart failure. He announced what we can clearly see now in retrospect was true in every detail. That the U.S. was entering into a “religious war.” That the left wanted to obliterate orthodox Christianity and American traditions, along with economic freedom and private property. Tame “conservatives” like William Bennett duly denounced Buchanan for being “divisive.”

But Pat Buchanan’s an old-school Irish brawler. A blue-collar Catholic educated before Vatican II melted our brains. A former attack dog for Richard Nixon. You’d expect Pat to smell out the brimstone wafting over from the left.

Donald Trump was something different. A secular business guy, who liked being photographed with celebrities, no matter their politics. His colorful personal life exhibited what Ted Cruz aptly called “New York values.” Trump had given money to Democrats, schmoozed with Al Sharpton, and talked trash with Howard Stern. He spoke expansively during the campaign of how he would work with Democrats. He expected Chuck Schumer and Nancy Pelosi to engage in old-fashioned horse-trading, of the kind Ronald Reagan and Tip O’Neill once did.

Trump had given money to Democrats, schmoozed with Al Sharpton, and talked trash with Howard Stern. He spoke expansively during the campaign of how he would work with Democrats. He expected Chuck Schumer and Nancy Pelosi to engage in old-fashioned horse-trading, of the kind Ronald Reagan and Tip O’Neill once did.

Boy, was he surprised. Most of us were. We were stunned, in fact, at the years-long tantrum thrown by the left after Trump’s election. We remembered that Richard Nixon was civic-minded enough not to challenge JFK’s fake votes from Illinois. It would have hurt the country, Nixon thought. We remembered that our country has a two-century tradition of the peaceful transfer of power. It was interrupted only by the Democrats’ violent refusal to accept the election of Lincoln. So we expected the Democrats today to act as we did when Barack Obama took office: lick their wounds, learn their lessons and act like citizens.

Of course, the left did nothing like that. We were subjected to a barrage of celebrity calls for revolution, fantasies of the president’s assassination. And of course the Russia hoax. We had FBI agents colluding with foreign spies to put the President’s campaign team in prison. An FBI official plotting a coup to remove Trump from office. With one election, the U.S. seemed to become a northern province of Latin America, where juntas and coups and jailed ex-presidents scatter the history books.

That told us something about the left today, all right. That they’re famished for power. That they don’t respect elections. They don’t believe in free speech. They really do “deplore” the other half of the country. Every major institution in America expected Trump to lose, and Hillary to continue the smooth “fundamental transformation” of America Obama promised. And when that didn’t happen? It was war.

Trump as Catalyst in the Meltdown of the Left

But the ugly realities Donald Trump turned up don’t stop there. No, he had the thankless task of exposing much more than that. The rage and contempt that welled up in leftist hearts at Trump’s election had other effects. Very important ones, actually.

Trump by simply winning became the catalyst in an explosive chain reaction. The compounded arrogance and complacency of leftist elites mixed with rage and frustration at the 2016 election. Add a few grains of class snobbery, intersectionalist fanaticism and BOOM!

The Democrat presidential candidates, who’ve spent so much time reading their own press releases and soaking in mainstream media, are convinced they cannot lose. That America is now one vast Park Slope or San Francisco. Whoever gets the Democrat nomination is effectively already president. So the real fight is for that. That means they must outbid each other in the auction run by the left. They must jump through every flaming hoop, embrace every crackpot scheme, to appeal to the civilian wing of Antifa.

The Bidding War for Antifa’s Support

Once Donald Trump gave them permission, the left has lived up to every alarmist warning issued in the past 30 years by the fringiest right-winger. Who would have really believed, ten years ago or even five, that “mainstream” Democratic candidates would unanimously endorse:

Who would have believed that sneaker companies would pull products with the American flag, on the eve of the Fourth of July? That Democrats would be trashing not just Confederate memorials, but paintings of the Founders, including George Washington? That transgender activists would be destroying women’s sports? That governors would be endorsing infanticide? That reporters would be endorsing gang attacks on journalists for their politics? That restaurant owners would be banning GOP officials from dining at their bistros? That leftists would be publicizing the home address of commentators like Tucker Carlson?

I really could go on all day.

Donald Trump had no idea what he was letting loose. But we should be grateful to him for stepping up and winning in 2016, when any other Republican would have lost. That was all it took, to unseal this whole Pandora’s Box of Crazy.

I don’t think everyone is actually grateful, though. Some conservatives and Christians irrationally resent the president. As if he had personally transformed a once-reasonable and patriotic Democratic Party into the huge, rich, crazy fringe party it is today.

But of course that’s nonsense. A fair percentage of Democrats must already have been this crazy. The rest? They’d accepted premises and precedents that left them defenseless, like the non-Communist radicals in St. Petersburg, 1917. When the maniacs grabbed the microphones, they had nothing left to use against them. They’d already forfeited the game.

None of this is Donald Trump’s fault. He wanted to be a deal-maker. And hoped Ivanka would get invited to all the best New York parties. He wanted to build some roads, save some blue collar jobs and secure the borders. You know, all things that Joe Biden and Chuck Schumer at least would have said they favored, like, five years ago.

But things change quickly in politics, especially when you’re dealing with people possessed by unclean spirits. Remember how things went in France after 1789. When Louis XVI called the French parliament to meet for the first time in more than a century, the nation surged with hope. The Estates General opened with a Eucharistic procession led by bishops.

By 1793, the government was hunting priests and nuns like rabbits. Drowning Christian peasants naked in rivers by the tens of thousands. Waging war against all its neighbors. Gutting churches and slaughtering foreigners. All hell was unleashed on the country, as elites and their captive mobs tried to exterminate their “deplorables.”

It’s time we believed them.