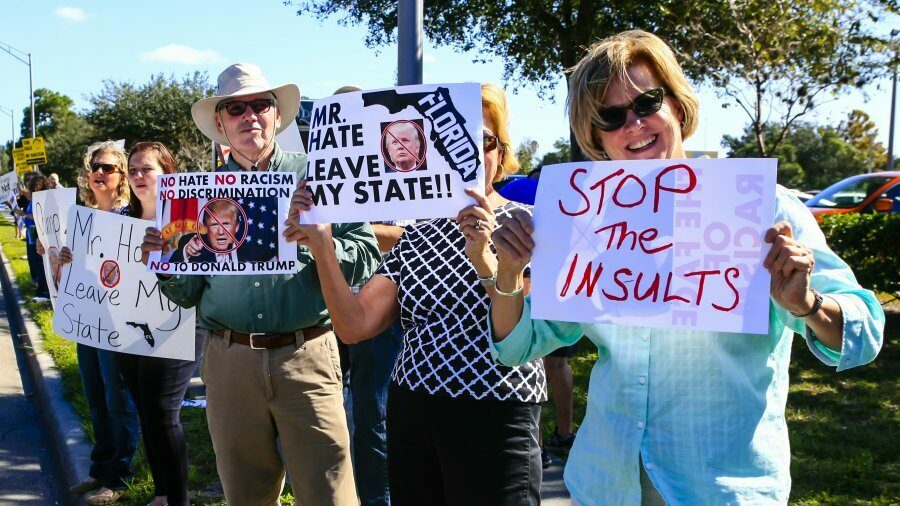 Just under four years ago, most of my liberal friends were laid low by Donald Trump’s victory. Trump Derangement Syndrome (TDS) started to infect people, but it had not yet turned into a global pandemic.

I was sympathetic. I had suffered from a similar condition, Obama Bitterness Syndrome (OBS), for almost eight years under the previous administration. My symptoms were milder and I identified the source of my illness from the beginning. Some unhealthy cells on my side of the body politic. I was able to find a path towards healing.

My friends, on the other hand, were in total denial. There was nothing wrong with their “bodies.” Rather than look inward for the source of the malady, it was easier to believe that sinister outside forces were at work. Things like Russian collusion and social media trolling were offered up as possible sources of infection.

The Path Towards Healing

Knowing that healing cannot begin without a proper diagnosis, I set about trying to help my unwell friends by telling them about my affliction. I explained that my infirmity was not caused by an outside agent. Barack Obama was merely a symptom. I did not want to vote for him, but just as assuredly I could not bring myself to vote for McCain or Romney. My impairment was caused by the inferior candidate the Republican Party offered me. It was the lack of someone to vote for that ushered in my OBS.

I then offered them a parallel in the form of Hillary Clinton. I reminded them Ms. Clinton is ten of the evilest people in the world residing in one body. So evil, in fact, that many of their fellow Democrats couldn’t bring themselves to vote for her. That, was the true source of their malady. Because I am not a doctor, my diagnosis was ignored.

Another reason my bout with OBS was mild was because my constant exposure to liberal ideology has made my immune system strong. I could fight off the tunnel vision associated with these syndromes. This tunnel vision can lead to a secondary infection that impairs one’s ability to be objective. Unfortunately for liberals, they live in an echo chamber, rarely exposed to true conservative thought.

Much like the child who is not allowed to eat dirt or go to nursery school ends up with a weakened immune system, these “echo-chamber” liberals are likewise immunocompromised. An infection of TDS in such a person creates a type of irrationality through which no amount of logic or facts can penetrate.

I warned them then that their “body” needed some new blood, a transfusion if you will. If the Democrats put up the same, old, tired, party hacks in 2020, my friends were going to suffer eight years of TDS rather than four. Once again, none of them listened to me.

And then there we were, almost four years later and well on our way to seeing Trump winning re-election by a Reagan-style landslide. The economy was soaring, and unemployment was at a fifty-year low.

The few fresh faces on the Democrat side were toyed with briefly, only to be left on the trash heap along with pet rocks, garbage patch kids, and other fads. Leaving the path to the White House clear for the once and future ward heeler, Joe Biden. Were it not for the advent of the economy wrecking Covid-19, my prediction would have come devastatingly true.

Amazingly enough, even with this serendipitous gift to the Democrats, my prognosis is still, more than likely to be accurate. Especially with the economy rebounding faster than anyone anticipated and the unemployment rate having just dropped to 7.9%.

The Path Towards A Cure

There is no vaccine for Trump Derangement Syndrome; no group immunity, no flattening of the curve. In 2016 people thought the cure lay in impeachment, or legal proceedings of some sort. This was doomed to fail as it was akin to ridding yourself of the flu by attacking the sneeze.

Only by realizing the cause of the ailment is the rotten cells in your own “body politic” can true healing begin. Surgery is needed to excise these damaged cells. Several of your fellow Democrats, who do not suffer from TDS, understand this.

A great example is Bill Maher. He nailed the problem back in 2019. After showing several clips of Trump calling Democrats crazy, Maher said, “Hey Democrats, don’t make him believable on that, and you win.” He went on to describe how each of the Democratic hopefuls were doing the exact opposite. He then lamented, “This should be easy, just be less crazy than Donald Trump.”

A 13-year-old recording of a foul comment, and scant else, has convinced you that Trump is a molester of women. Yet the person your party is running against him can be seen in tons of videos and photos creepily sniffing women’s hair, pressing his body against theirs, and giving clearly unwanted shoulder rubs.

President Trump was impeached on the charge of quid pro quo for nothing more than using a common American colloquialism, “I would like you to do us a favor”. Of course, there was no other evidence, so he was acquitted. However, there is video from when the person your party is running against him was vice-president, bragging about what is the dictionary definition of a quid pro quo.

One might say Trump’s advanced age could be a negative factor — except the candidate your party is running against him is three years older. In addition, your candidate has nothing good to say about the state of this country today, and yet has had fifty years in office to try to do something about it. Trump, in less than four years, is potentially up for two Nobel Peace Prizes.

As if that weren’t enough, the Democratic candidate is clearly suffering from the early stages of dementia. What kind of inhuman monsters would keep parading this man about when he should be spending the rest of his days in the company of family and loved ones with whatever dignity he has left? Is this really the best Democrats have to offer?

The path to a cure lies within the answers of those two questions. Trump is just a symptom. But, believe me, if he were the disease, Joe Biden would most definitely not be the cure.