Trump Backs School Choice, But Religious Schools Should Be Wary of Federal Control 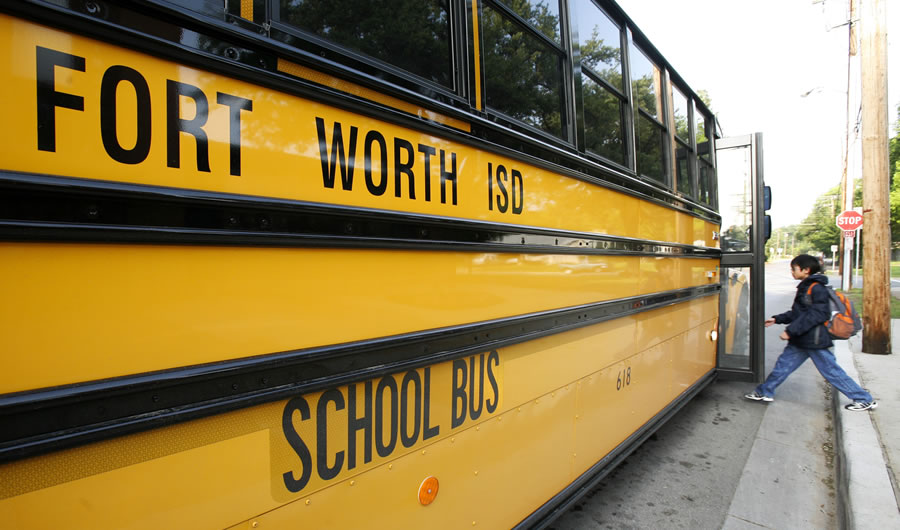 Donald Trump has made a bold move on education policy, U.S. News reports. And it leans in the right direction, backing both school choice and merit pay for teachers:

Trump’s plan would direct $20 billion in federal education spending to school choice policies that would give students and their families the option of attending traditional public schools, public charter or magnet schools, or even private schools.

“As your president I will be the nation’s biggest cheerleader for school choice,” said Trump, speaking from the Cleveland Arts and Social Sciences Academy charter school Thursday afternoon. “I understand many stale old politicians will resist, but it’s time for our country to start thinking big and correct once again.”

Across America, millions of parents are paying double for education: In taxes for failing public schools dominated by far-left teachers’ unions, schools sexed up by Planned Parenthood propaganda and dumbed down by Common Core; then paying again in tuition for private schools, which their children can safely attend and actually learn something. But many parochial schools are closing, as working class parents struggle to pay even modest tuition. Meanwhile, public schools grossly underserve the neediest students in America: inner city kids from broken homes.

In cities like New Orleans, charter schools have almost replaced the entire public school system, but charter schools are not a magic bullet. They are still government schools, resolutely secular and therefore artificially value-neutral on the most critical issues that impoverished children face. A charter school can tell a teenage girl that it’s imprudent to get pregnant, but not that it’s a sin. And we all know how much passionate teenagers care about the virtue of prudence.

While in past decades many public schools, thanks to local control, were de facto Christian-friendly or even broadly Protestant in ethos, aggressive litigation beginning in the early 1960s long ago liquidated most traces of explicit religious influence. By the 1970s, most public schools in America had become what 19th century Progressive Horace Mann had hoped they would be when he pressed for them: engines that helped to secularize the children of church-going parents.

Meanwhile, state plans for school choice are under unrelenting attack by public school teachers’ unions. As National Review reports, in Louisiana — home of some of the worst public schools in America — a successful and popular school choice plan is being gutted by a governor elected thanks to those unions’ money and politicking. The first budget submitted by Democrat John Bel Edwards

slashed choice-program funding by $6 million. As a result, hundreds of students and their families have seen their education futures endangered.

The Louisiana Scholarship Program, which was targeted for cuts — from $42 million to $36 million under Edwards’s new budget — is reserved for students from low-income backgrounds who attend low-performing schools. Over 7,000 Louisiana students benefit from the program, and they disproportionately come from minority backgrounds. In the face of these budget cuts, hundreds of children who had previously been given scholarships have been put on wait lists at their schools — putting their futures up in the air. Up to 1,000 students who thought they would benefit from the scholarship program would be affected by these cuts.

A similar program which Jeb Bush created while he was governor of Florida is constantly under assault by teachers unions, and likely would go on the chopping block the next time that state elects a Democratic governor.

So on the face of it, Trump’s plan to federally impose school choice sounds appealing. If his campaign staff know their business, they will make this education plan part of an outreach to Catholic voters. And perhaps some of the bishops heretofore preoccupied with backing mass immigration to fill up their emptying pews will be tempted by the prospect of keeping open their underfunded, but comparatively excellent schools.

Trump should also forefront the prominent black and Hispanic leaders who support educational choice as a crucial lifeline for students neglected by crumbling government schools.

Nevertheless, the prospect of federal money sluicing directly into religious schools should not excite conservatives. It should terrify us. Just look at what President Obama has done via Title IX funding to impose transgender perversion on public schools. If vouchers start coming from Washington, D.C., count on the next Democratic president to exercise the same micromanagement over every church school that accepts them.

California Christian colleges just dodged such a bullet this year, as state legislators narrowly rejected a plan to use Title IX to demand that they abandon Christian sexual mores or lose crucial, routine funding.

There is a better way we could get much-needed education money into the hands of parents eager to send their kids to private school (or to homeschool them), a way to reimburse them for the taxes they pay to support schools they find immoral or simply unusable: Tuition tax credits that return to these parents every dime they pay in school taxes.

For poor parents who don’t pay much in taxes, a well-designed program could mimic the Earned Income Tax Credit, and send parents a check that they spend on their kids’ education as they see fit. The key to keeping such a program from turning into a leash held by Leviathan is to keep the financial transaction between the Feds and the parents, never directly involving any school or granting federal bureaucrats any say whatsoever over what such schools teach or how. Parents who claimed such credits would need to document that their children are enrolled in some law-abiding private school or certified home school program, following their state’s requirements laid out in its anti-truancy law.

Can we trust parents to spend that money on education? We trust them to spend their EITC money prudently in their children’s best interests. There is not a huge, mediocre government cafeteria looming in every American neighborhood, but somehow poor people figure out how to eat. We don’t issue poor children olive green government uniforms, but somehow they get clothed. We can trust poor parents to choose schools for their own children as well.