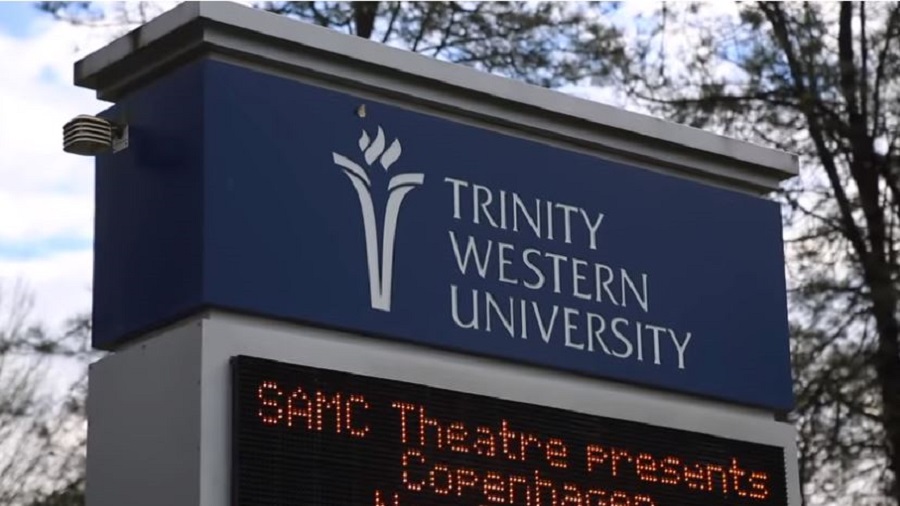 The deal-breaker was that TWU’s community covenant requires that students abstain from “sexual intimacy that violates the sacredness of marriage between a man and a woman.” But same-sex marriage has been legal in Canada since 2005.

TWU sued, arguing that the societies were infringing upon religious liberty. The case went all the way up to the Canadian Supreme Court. The ruling was 7-2 against TWU. The majority found that it was “reasonable” to limit TWU’s religious rights in order to protect LBGT rights.

A week ago TWU’s leadership put out a statement: The community covenant would become optional for all students. It remains mandatory for all faculty and staff.

An acceptable compromise? It’s clearly a shift from a university that holds students accountable to Christian behavior to one that only requires submission to teaching from a Christian perspective. Christian leaders Albert Mohler and John Stonestreet both expressed concerns. Mohler argued that decline among the students inevitably leads to decline for a university. Stonestreet remarked that if TWU “thinks that compromise is the way to save your existence, the real problem there is that pretty soon you’ll have to compromise the teaching.”

TWU has admitted non-Christian students for decades. But some Christian institutions seek to prevent future problems by restricting enrollment to students willing to sign a faith statement and commit to an associated lifestyle. These schools take the view that the best way to preserve the Christian identity of a school is to restrict attendance to Christians. If legal difficulties arise, fight vigorously and be willing to lose accreditation and federal dollars if need be. Make it up with the quality of your graduates and with funds from faith-oriented philanthropists.

By this logic, a Christian university in TWU’s situation could launch a non-accredited law school. It’s not clear how many students would want to attend such a school. Job prospects for such lawyers are far from certain. Or they could have ditched the law school after the Supreme Court loss. Either way, their community covenant could have remained binding for students.

There is a rationale for schools like TWU allowing non-Christian students to attend. It goes like this: Committed Christians are going to be in the minority in an increasingly secular environment. Why not train non-Christian students who are willing to come under instruction from a decidedly biblical worldview — a worldview that necessarily entails a biblical view of marriage as a lifelong union between one man and one woman?

These non-Christian students will gain a greater respect for the Christian faith. They’ll develop emotional bonds with actual Christians. Christians will have gained allies among these non-Christians, some of whom will later rise to positions of influence in society. Some will also come to a personal saving faith in Jesus Christ, either as students or as alumni.

But here’s the deal: Once you’ve decided to let non-Christians attend your Christian university, how can you limit admission to heterosexual non-Christians? You can’t. Not without overt discrimination. You need to be ready for this. Don’t be surprised when LBGT students are among those seeking admission.

Only Require a Covenant for Residential Students?

The only part of TWU’s community covenant that was controversial was the requirement to abstain from sex outside of heterosexual marriage. You could remove the word “heterosexual.” Leave it ambiguous. But that would appear to equate same-sex unions with heterosexual unions, a violation of conscience for TWU’s leadership.

What if you left sexual ethics out of the covenant altogether? Don’t seek to limit or restrict sexual activity at all. The problem is that this becomes a giant loophole. For example, what about pornography? TWU’s covenant understandably forbids it. Do you let that go too? Where do you stop? How much of a covenant do you have left?

Though not clear from TWU’s August 14 statement, a source just told me that this is precisely the approach TWU is taking.