A Trans Activist Made an Important Point About Christian Outreach. Let’s Listen

Are we drawing people into the church or pushing them away? 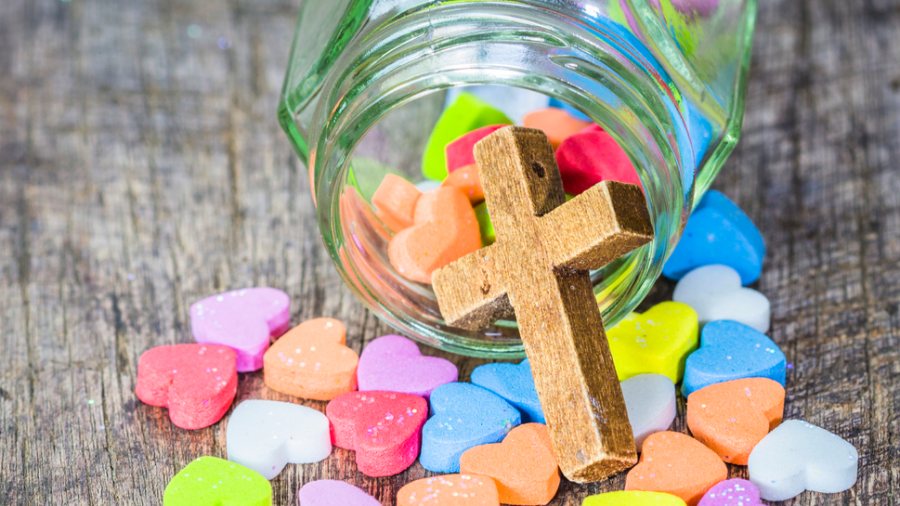 Lies about biology and gender abound more than any time in recent memory. It puts the American church in a unique predicament. How can we best love someone struggling with their gender identity, while remaining faithful to what God’s Word says about our bodies and our identities?

Charlotte Clymer gives us a clue. Well, a clue of what not to do in our Christian outreach.

Clymer is a press secretary for the Human Rights Campaign, an LGBT activist group. Clymer also identifies as a transgender woman — a male who’s transitioned to female.

In a Twitter thread Monday, Clymer shares an experience that angered him. Neither I nor The Stream condone Clymer’s current lifestyle, living as the opposite sex. We at The Stream believe a person’s sex and gender are biological properties, so in accordance with that conviction this article will refer to Clymer using his biological pronouns.

Besides that, I can’t agree with certain theological points Clymer, who identifies as a Christian, espouses. Nevertheless, Clymer exposes a problem in how many believers handle outreach. We can do better.

‘These People Did Not Want to Know More About Me’

“Today, I was sitting in front of a cafe in downtown D.C.,” Clymer tweeted, “when three people who were clearly tourists of some sort walked up and gestured for me to take out my headphones. And I did and one of them said: ‘Can we pray for you?'”

When Clymer asked why, they responded “that they felt called by God to walk around the streets of D.C. and let God’s voice tell them who might be broken or otherwise need prayer.”

In the space of several tweets, Clymer writes how he prayed with the group anyway, despite feeling annoyed. He concludes with this: “These people did not want to know more about me. They wanted to talk at me and pray at me. And I’m fairly sure Jesus would not do that.”

While his critique is aimed at evangelicals, I believe all Christians could learn something from it.

I’m sure the evangelicals who approached Clymer had good intentions. I don’t know their side of the story. But clearly they made a mistake singling out Clymer because he seemed “broken.”

Of course, he is broken. We all are. We all struggle with sin; we all face various temptations. It’s only by God’s grace that any of us comes to salvation in Christ. But how would you react if strangers approached you and called you “broken” right off the bat? Without getting to know you? You’d feel offended. You’d probably reject anything else they had to say.

It’s too easy to see ourselves as fixed, others as broken. That’s how we become like the Pharisee Jesus describes in Luke 18:9-14:

To some who were confident of their own righteousness and looked down on everyone else, Jesus told this parable: “Two men went up to the temple to pray, one a Pharisee and the other a tax collector. The Pharisee stood by himself and prayed: ‘God, I thank you that I am not like other people — robbers, evildoers, adulterers — or even like this tax collector. I fast twice a week and give a tenth of all I get.’

“But the tax collector stood at a distance. He would not even look up to Heaven, but beat his breast and said, ‘God, have mercy on me, a sinner.’

Did the evangelicals in Clymer’s story think, “God, I thank you that I am not like these broken people”? Whether they had that in mind or not, that’s how they came across to Clymer — and that’s problematic.

The most effective outreach happens through humility and long-term investment.

It’s true that no matter how welcoming we are, we’ll be reviled by the world for holding fast to God’s Word when it isn’t popular. But that’s not the same as pushing people away because we aren’t loving them as Jesus taught us to.

Author Nancy Pearcey discusses this in chapter 6 of her new book Love Thy Body: Answering Hard Questions About Life and Sexuality. The chapter, titled “Transgender, Transreality,” begins and ends with the story of Brandon, a boy who struggled with gender identity for years before finding peace with his body.

“Because I knew Brandon personally, I witnessed firsthand the anguish and isolation he suffered because of his gender dysphoria,” Pearcey writes. “For many years I was one of a few people who had the opportunity to stand by him, weep with him, ache for him and pray for him.”

Pearcey acknowledges that “many people who experience gender dysphoria or same-sex attraction have had negative encounters in the church. They have been made to feel that they pose a danger to other people in the congregation, and that they must solve their sexual issues before showing up at church.”

Christians need to repent of this, Pearcey writes. Then “they need to commit to giving support — even long-term support, and even to people who may never be completely changed this side of heaven.”

Galatians 6 tells us that when a person sins, we are to be gentle and “bear one another’s burdens.” That’s how we pursue spiritual restoration. This aligns with the picture Pearcey paints of the church choosing to suffer with people.

Certainly it’s easier to offer to pray for a stranger you’ll likely never see again. It’s even easier to mock, ignore or reject people we don’t understand. In chapter 6, Pearcey also describes the experience of Walt Heyer, a Christian writer who formerly identified as a trans woman.

When Heyer was still presenting as a woman, he began attending church. Tragically, the first church he visited asked him to leave. The senior pastor actually drove to his home, knocked on the door, and said, “We don’t want your kind in our church.”

Fellow Christians, we must examine our own congregations and ask hard questions. Are we the group in Clymer’s story, appearing as Pharisees to people we consider “broken”? Are we the pastor who says “we don’t want your kind”?

Or do we genuinely care for the people around us? Do we welcome them when they sit in our pews? Are we willing to get to know them, suffer with them and seek God with them — for the long haul? Let’s pray that we do, and we are.

For more on how Christians can help people struggling with their gender identity, and on what Christianity teaches about it, see Chapter 6 of Love Thy Body.

To Save Kids From Euthanasia, We Must Revive a ‘Radical’ View of Life’s Value