Traditional Moral Views: If Christian, Bad. If Muslim, No Comment 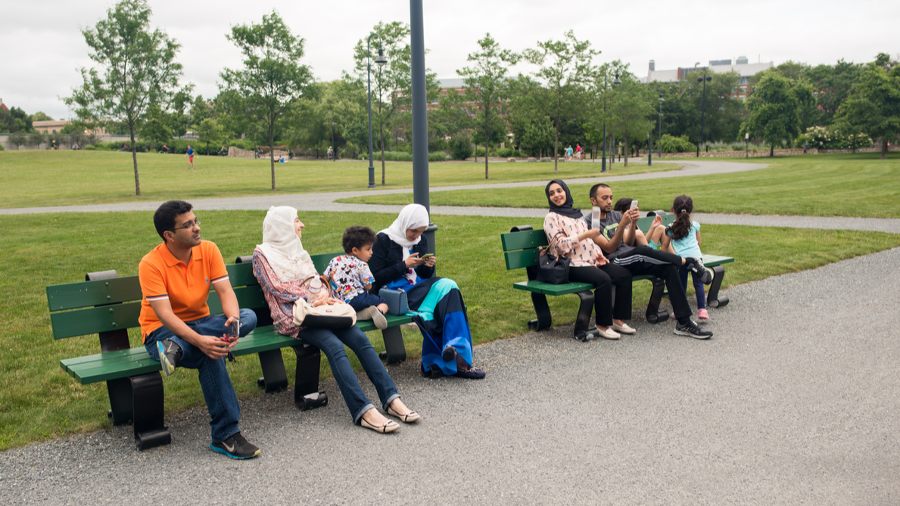 These days some points of view are deemed dangerous. They are extreme and may lead to violence. We can’t allow them to terrorize us under the guise of so-called “free speech.”

Or at least that’s how unwanted views are characterized by the powerful propagandists of our age. But I have noticed that some of these views can be bad or good in their eyes, depending on whether they come from a Christian context or an Islamic one. The leftist logic here relies on two hypotheticals. After that it’s pretty straightforward.

The first hypothetical proposition says that if the traditional moral beliefs are coming from Christians (or Jews for that matter), they are dangerously bad. It is urgent that we repress such violent speech at once. We’re talking, of course, about the kind of beliefs that have been until recently almost universal across time and culture. Consider the simple proposition that male and female are distinct genders, that their differences are objective in nature rather than social constructions, and that the two constitute the entire category called “gender.”

This would have been taken as obvious by nearly all of the thousands of distinct ethnic peoples across the globe throughout the centuries. Today’s progressives won’t say aloud that they think all of those people across all of those cultures were and are vile bigots. They will say it about Christians, though. The logic is clear: If Christian (or Jewish), then evil.

In fact there were plenty of angry parents in the majority-Muslim city of Dearborn, Michigan, who came out in force to protest pornographic material in their kids’ schools. I doubt you heard as much about that one.

In fact, you don’t really even have to be Christian in any recognizable way to get branded with the scarlet letter(s) of the left. A mentally ill person identifying as “non-binary” went on a deadly shooting spree at a gay night club in Colorado Springs. Shameless media activists immediately assumed —  or pretended — their favorite enemies were responsible.

A USA Today “correspondent” wrote some of the same tired, predictable drivel we’re used to seeing: that it’s all the fault of right-wingers, white supremacists, anti-LGBTQ rhetoric on Fox News, he said. Everything is lumped in together. Religious conservatives and their “obsession” with drag queens fueled the violence. They’re no different than Q-Anon, “Proud Boys” or whoever else may make leftist readers gasp and clutch their pearls.

As we all know, nothing typifies the millions of weekly churchgoers around America like zealous adherence to underground militant extremist groups, right? But who even needs to know whether that’s true? The left has their logic. That’s all they need.

Maybe you were under the impression that the only parents who have protested pedophilic indoctrination in their schools are reprehensible evangelical types who need to be investigated as terrorists by the FBI. In fact there were plenty of angry parents in the majority-Muslim city of Dearborn, Michigan, who came out in force to against pornographic material in their kids’ schools.

I doubt you heard as much about that one. I doubt the FBI went after any of them. I’m sure you didn’t read about Muslims’ “bigoted, retrograde views about sexuality” and the grave threat that poses. No talk of Muslims threatening democracy, nothing about their wanting to force their views on us in a repressive “Handmaid’s Tale” theocracy.

As I write this, the World Cup is being held in Qatar, a country that’s not exactly “progressive” about gender and sexuality, as evidenced by laws prohibiting homosexuality outright. When Westerners decided to wear rainbow gear to protest, they got shut down hard. But that’s a Muslim thing, so no worries, just awkward silence. It doesn’t matter what people actually do. The logic is all you need. Christians bad, Muslims just fine.

Consistency is one hallmark of intellectual honesty. Your standards should remain the same. But when your main standard is the “double” kind, your credibility is in deep trouble. Powerful elites may be vexed by the public’s dismal opinion of wealthy media, but if they have any self-awareness at all, they will see what’s blindingly obvious. When you take overtly partisan sides on every story, when you hide things you don’t like, and when you amplify things that help your favorite political narratives, we notice.

We see the the elite media cowardice that won’t speak of Muslim-rooted views on gender and sexuality the way they do Judeo-Christian-rooted views on those subjects, even when those views are basically the same.

The Logic and the Pattern

It follows the same pattern as violent acts. If a crazy Caucasian right-wing nutjob commits it, it’s front page and lead story for the next month. If a radical Muslim (or for that matter a Black Hebrew Israelite) is the guilty party, it’s quietly mentioned and we move on.

We’ve all heard a thousand times how the January 6 rioters murdered Capitol police. But they did no such thing. The only killing was of an unarmed woman by an officer. An officer died of a heart attack the following day. The media said he had bludgeoned by the crowd. That was a lie.

But, a few months later, someone actually did murder a Capitol policeman. He ran him down intentionally with his vehicle as he crashed through the barrier. You may not have heard much about that. You might wonder why that officer’s name isn’t as famous as the aforementioned heart attack victim, Brian Sicknick. By now I’ll bet you can guess why. The perpetrator was black, a follower of the Nation of Islam and an avowed devotee of the teachings of Louis Farrakhan. Therefore, … (whistles, looks around, checks watch, hears yet again from those melodious crickets).

Clint Roberts is an adjunct professor at the University of Oklahoma and Southern Nazarene University.

A Chabad House, the Disney Concert Hall and Free Speech