Be careful what you jest about, you might just get it. 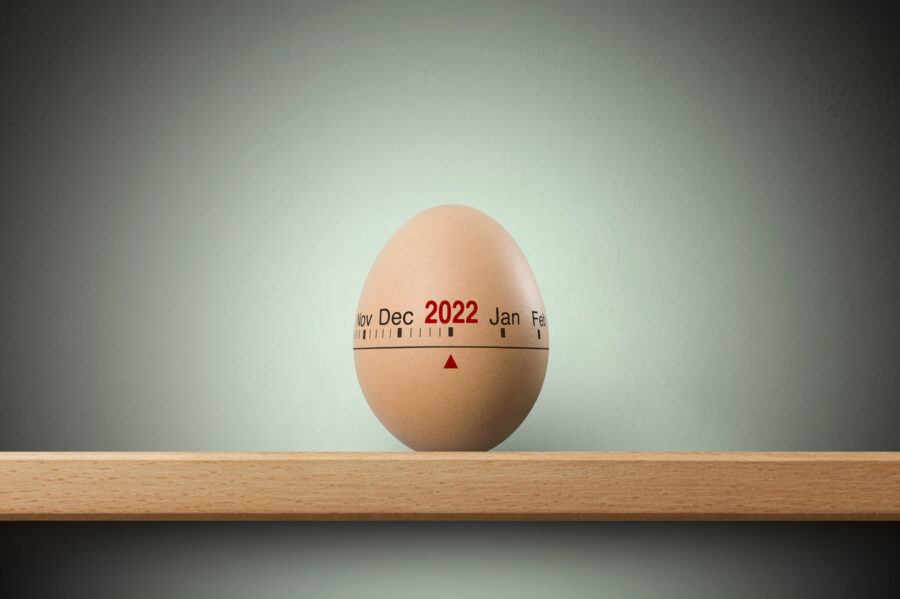 2022 is just five days old. Has the expiration date run out on predictions for the new year? I hope not, because I have a few more to offer. Yes, some are typed with tongue firmly in cheek. But if the past two years have shown, “Be careful what you jest about, you just might get it.”

At the White House

Inspired by ABBA, Joe Biden will be replaced in public appearances by a hologram. Sadly, the hologram won’t perform “Fernando.” Or well at all.

In less a nod to the gender radicals, and more a confession of the reality, the preferred pronoun of the President of the United States will be changed to “they.”

Nonetheless, Americans will continue remaining in the dark as to who actually answers when the White House phone rings at 3 a.m.

Kamala Harris will visit the border. Of Belarus.

Joe Biden will visit the border. The Borders in Wilmington, DE. To his surprise he will find it’s been out of business for years.

The Stream will be suspended from Twitter for failing to refer to Jill Biden as “Dr. Jill.”

The new White House dog Commander will land the cover of the same fashion magazines that refused to feature Melania Trump.

Mark Zuckerberg will see what’s happening in the White House and mutter, “I paid half a billion dollars for this?!?!?”

From the World of Politics

The Cuomo Brothers will open a fast food restaurant catering to women. It’ll be called “The Touch and Go.”

AOC will catch COVID … and insist it’s because scientists at the Wuhan Lab want to sleep with her.

AOC will spend all of her free time in Florida, insisting it’s because she wants to tell Ron DeSantis to his face what a horrible place he’s turned Florida into. She’ll then cut back on her visits, saying, “I don’t want to lead DeSantis on. You know he wants me.”

So many Blue staters will flee to Florida, the U.S. will offer to rent Haiti from the Clintons to house the overflow.

Hillary Clinton will continue to insist she won the 2016 election … and re-election in 2020.

Research at Stanford University will demonstrate that the Dr. Fauci bobble-head doll has been 7x more accurate with medical predictions than the actual Dr. Fauci.

Another American hero and American holiday will hit the dust when Rev. Martin Luther King, Jr., is declared a racist.

Vegas will start taking odds on which major political leader who is pushing for vax mandates isn’t actually vaxxed.

Donald Trump won’t announce if he’s going to run to the local grocery. But he’ll tell Melania, “I think you’ll be very happy.”

Within days of the 2022 mid-terms, Donald Trump will declare he’s running in 2024. And every single writer for late night TV and bean-counter at CNN will weep for joy.

In a gesture of good will, Donald Trump will send two fresh new 2024 MAGA hats to Jussie Smollett, “In case you want to give this hoax thing another go.”

The same media that mocked Trump for suggesting we purchase Greenland will remain silent when Biden offers to buy Louisiana from the French.

CNN will not apologize for any of its fake or blown stories. However, in keeping with both its move toward more entertainment programming and its recent hiring practices, Chris Cuomo will be replaced by Kevin Spacey.

Good news! MSNBC will reboot To Catch a Predator. CNN will refuse to respond on advice of their lawyers.

Neither Joy Behar nor Joy Reid will exhibit any joy in 2022.

The View will host a reality show competition in a desperate effort to find a conservative Never Trump woman to fill out their panel. It’ll be called The Voice We’ll Spend Every Day Telling “Shhhh”.

Prince Harry and Meghan Markle will again express how much they want to avoid the spotlight and trappings of the crown with a five part Netflix series called Royally Unroyal.

Camilla, Duchess of Cornwall, still won’t shut up about the time Joe Biden “let one rip” in front of her.

Prince Andrew will finally admit to having sex with underage girls while partying with Jeffrey Epstein, but claims he’s innocent under “jus primae noctis.”

From the World of Sports

Antonio Brown will be signed by another team. Namely, Chippendales.

Tom Brady will sign a new contract with the Tampa Bay Buccaneers good through 2076.

LeBron James will suffer a season-ending hamstring injury after putting his foot in his mouth without properly stretching.

The San Diego Padres will be forced to change their name because of both its patriarchal and religious origins.

Finally, From the Church

The effort to cancel Jesus Christ takes a bizarre turn when woke churches complain Jesus is too associated with Christianity.