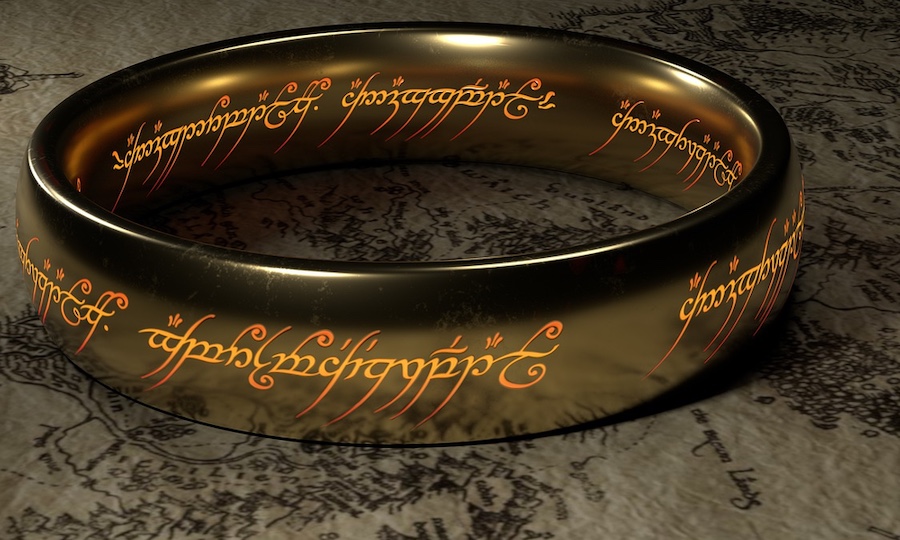 What will Amazon do to Middle Earth? The recent death of Christopher Tolkien, son of epic fantasy author J.R.R. Tolkien and until recently the manager of his father’s estate, leaves Tolkien fans wondering.

On January 16, 2020, Christopher Tolkien passed away. He was the son of J.R.R. Tolkien, the professor, poet, philologist who is best known as the author of the epic fantasy works The Hobbit, The Lord of the Rings and The Silmarillion.

Just over two years ago, in November 2017, he had stepped down from management of the Tolkien Estate. He had spent much of his time and energy editing his father’s unpublished works. In the process he provided much additional information on the lore and legends of Middle Earth.

Concurrent with Tolkien’s resignation, Amazon TV announced that it would be producing a five-season series based on material from The Lord of the Rings.

Will Amazon Be Adapting or Inventing?

The Amazon deal with the Tolkien Estate came in at a whopping $250 million for just the intellectual property. It appears to have granted the company the rights to information included in The Lord of the Rings, but no mention has been made of the rights to either The Hobbit or The Silmarillion.

Many fans — myself included — are wondering what the company will do with the source material, and what exactly it will be adapting.

Amazon has announced that it starts filming this year on the first season of a show exploring the Second Age of Middle Earth. But the Second Age of Middle Earth takes place prior to the events of the actual story in The Lord of the Rings itself. (In fact, the main accounts of it occur in The Silmarillion.) What happens if Amazon only has rights to the rough outline of the Second Age that appears in The Lord of the Rings and its Appendices? Writers will have less than 124 pages of content to draw from to cover a period spanning 3,441 years.

The only information explicitly about the Second Age in The Lord of the Rings is in the Appendices following Part Three, The Return of the King. These appendices cover not only the events of the First and Second Age, but also family trees, comments on the use of language, and calendars used by the peoples of Middle Earth. That leaves less than 50 pages of very sparse information on the events of the Second Age to work with.

Tolkien Fans Care What Happens Next

This is particularly concerning to fans who have read many of the works Christopher Tolkien published after his father’s death. These works include The Silmarillion and the Books of Lost Tales, as well as A History of Middle Earth, all detailing far more of the history of the Second Age. Amazon’s lack of rights to the information raises questions. Will it be rewriting the history of Middle Earth in the process of creating its new series? Will it be legally precluded from faithfulness to the original stories, because Amazon can’t reach into The Silmarillion?

Like many other fans, I had held out hope that Christopher Tolkien’s wishes would be respected in the television series. I’d hoped he’d be allowed input on new characters or events that might be added to the story. He wasn’t a fan of the Peter Jackson movies, made using movie rights that were sold before he took over the estate. But most fans believe the adaptations of the Trilogy were relatively faithful to the source. (The distended Hobbit movies are a different story.)

With such a limited amount of source material, and with Christopher Tolkien’s departure, will the upcoming seasons be faithful to their source? How will writers introduce new characters and story lines? Can they do it without contradicting the information that already exists? Will they maintain the Tolkien feel of the source material?

Keeping the Legacy or Not?

Christopher Tolkien saw himself as a steward of his father’s work. He felt that the proper way the stories should be encountered was in print — not through cinematic adaptation. When he stepped down from the Tolkien Estate there was controversy among fans about the reason for the decision. There were concerns as well about what would happen with production rights for content from the legendarium.

The younger Tolkien preserved the legacy of his father’s work. Christopher ensured that the world of Middle Earth remains a home for fantasy lovers of all ages. They introduced millions to a love of reading and epic story telling that they may not have encountered otherwise. May it be so.