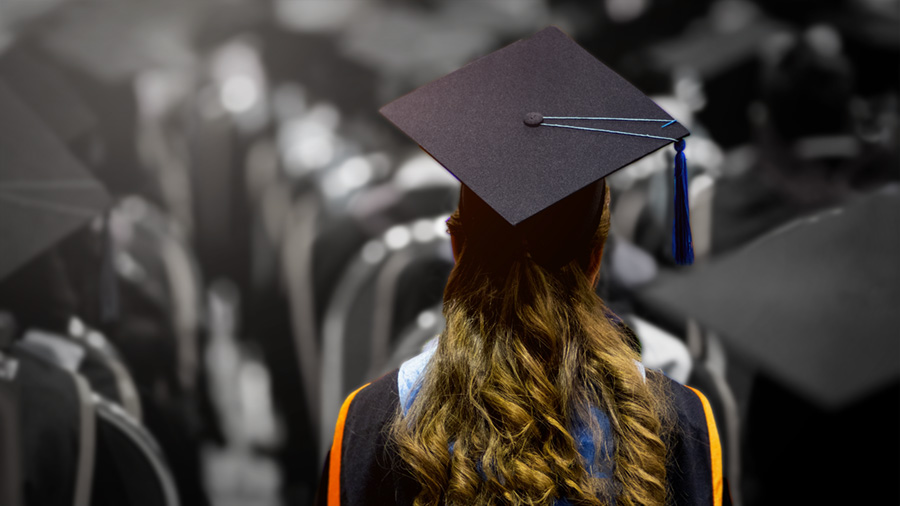 On the last day of school, I can see the look in your eyes. You’ve made it! And while you might have a touch of sadness as you think of what you leave behind, you’re brimming with hope and joy as you think of what lies ahead. For what it’s worth, here’s my advice to you.

Steer Clear of Cynics and Scoffers

One of the first things you’ll find as you go forth in your hope- and joy-filled state, is that there are plenty of haggard nay-sayers out there waiting to bring you down. Don’t let them.

We are capable of love, sacrifice, and nobility. Strive for them. Let them be your legacy.

I’ll never forget, as a high school student, an encounter with a man who was bent upon convincing me that I shouldn’t pursue my dream of going to law school. He believed lawyers were all crooked and evil, and that I would become that way too if I joined their ranks. It was a bunch of bunk, and I’m glad I didn’t listen.

When you run into those sad souls who seem to see all the downside of everything and none of the possibility, run the other way. Listen to wise counsel, but learn to spot bitterness and disregard it.

Evaluate Ideas First For Their Truth or Falsity

Young people by the droves have rejected Christianity not because they disbelieve the claims of the historical Jesus Christ, nor because they find insufficient proof of his resurrection from the grave, but rather because they don’t like some Christian precept. They don’t want to be bound by the Bible’s teaching on sexual morality. They want to live life on their own terms.

Of course, it is every person’s prerogative to reject Christianity for those reasons. But if you do so, be very honest with yourself. Realize that you are walking away from One who claims to be your Creator — who loves you so much He gave His son for you — not because He really isn’t or doesn’t, but because you don’t like Him or what He has to say.

Determine to Spend Very Little Energy Worrying About Being Misunderstood

I wish I could have back all the time and energy I have invested, over the course of my life so far, into wondering whether someone thinks I’m a racist (I’m not), or a homophobe (I’m not), or some other type of bigot (again, not). I wish I had never wasted a minute worrying that someone thought I thought I was better than everyone else, or that I was a bad mom because I worked outside the home.

In this regard, the old adage is true: life really is too short. Spend your time focused on what is true about you — not on whether someone else believes something that isn’t.

Pursue the Good, the True, and the Beautiful

I don’t know when our society started pushing the idea of “following your heart.” I do know that the wreckage of countless lives lies in the wake of this terrible mantra. (After all, it basically amounts to, “Be selfish!”)

When your heart tries to steer you away from virtue, as it so often will, tell it “no!” This is, in fact, the very basis for a civilized, humane society. We are not mere beasts that we should be enslaved to our every desire. We are capable of love, sacrifice, and nobility. Strive for them. Let them be your legacy.

When All Seems Lost, Remember That It Really Isn’t

You will almost certainly face a day — and very likely a few of them — when you think you’ve messed it all up. Or that someone else has. You will probably think, at some point, that your goals are beyond reach, that you are unworthy of love, or that you will never have the impact you set out to have on the world.

When this day comes, pick yourself up and do the next right thing.

Say you’re sorry and ask for forgiveness. Correct the injustice you’ve caused, or remain faithful in the face of injustice done to you. Dare to love again when you’ve been hurt.

As you bear the pain of grief, poverty, or heartache, know that your struggle is never unnoticed and never wasted. Allow it to build your character. Some day your story may give someone else the hope they need to keep going.

Congratulations, graduates. I can’t wait to see what’s next for you!