Time for Honesty When We Confront Our Nation’s Sins 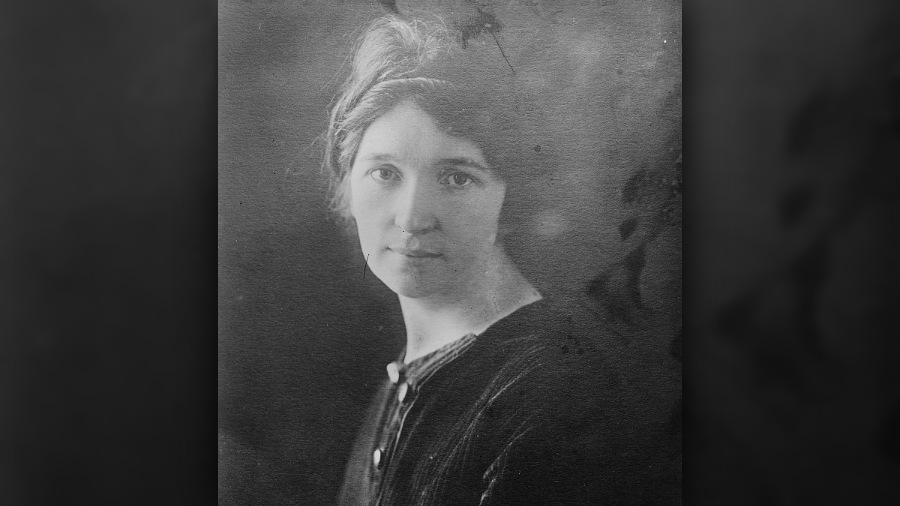 Planned Parenthood of New York has removed the name of its racist, eugenicist founder, Margaret Sanger, from its Manhattan abortion clinic. Perhaps more people in power will be willing to let the whole story of racism be told.

“Cancel Culture” has overreached. If we allow only the perfect to be enshrined in bronze or speak their minds we will have no statues or commentators at all. Still, there are some benefits to the present cultural re-assessment.

Planned Parenthood of New York has removed the name of its founder from its Manhattan abortion clinic. Margaret Sanger was a racist eugenicist. Those in the pro-life movement who have long highlighted Sanger’s views can agree with the group’s chair, Karen Seltzer. She said the move is “a necessary and overdue step to reckon with our legacy and acknowledge Planned Parenthood’s contributions to historical reproductive harm within communities of color.”

Of course, Planned Parenthood continues to dismember preborn babies of color. And they promote such with a smiling abortionist and assurances that the practice is “very common” (as was eugenics a century ago).

Still, the move on Sanger is a start and one that can open doors elsewhere. Someone should ask Hillary Clinton and Nancy Pelosi whether they will return the Margaret Sanger Awards they accepted from Planned Parenthood.

Often in the name of political expediency, the cloak of “civil rights” was eventually draped around abortion.

One hopes the move will spark some soul-searching within the civil rights movement as well. In 1966, Coretta Scott King accepted one of the first Sanger Awards on behalf of her husband, Martin Luther King Jr. She said, “There is a striking kinship between our movement and Margaret Sanger’s early effort.” Oh, really?

When the Civil Right Movement Turned Its Back on the Unborn

To be clear, Planned Parenthood was not publicly advocating abortion at the time. And there is no evidence that MLK ever endorsed abortion. (MLK’s limited public statements on what we would today call “social issues” suggest the opposite.) Nevertheless, his widow and associates, like the recently departed John Lewis, would lock arms with a liberal movement. That movement, after some fits and starts, firmly locked arms with the cause of abortion rights.

Central to the civil rights movement was been the Black Church, which largely upheld traditional sexual values. However, often in the name of political expediency, the cloak of “civil rights” was eventually draped around abortion. Remember, the Rev. Jesse Jackson spoke out on behalf of the unborn before running for president. That nuanced history has become clouded in the minds of today’s younger progressives. Kamau Bell even unknowingly closed an abortion-extolling episode of his CNN series United Shades of America with the voice of the staunchly pro-life civil rights activist Fannie Lou Hamer.

The Whole Story of Racism, Including Eugenics, Must Be Told

The race-based injustices that Lewis, Jackson, Hamer and the Kings stood against, however, were very real. We conservatives can stand some soul searching and history lessons ourselves. A visit to the lynching memorial and Legacy Museum in Montgomery, Alabama, makes that jarringly clear. The physical and audible evidence of slavery, segregation and incarceration are powerfully displayed. Eugenics is not.

Perhaps that will change in the wake of Planned Parenthood renouncing Sanger. Other dominoes protecting eugenics are also beginning to fall. (The Bronx Zoo recently apologized for such links that even led to treating an African man as an exhibit specimen in 1906.) The liberal foundations and corporate funders pouring money into the Montgomery museum might now be a bit more willing to let the whole story of racism be told.

Too many folks like me (whites raised in the South) would, rather than the civil rights sites, be more likely to only see the First White House of the Confederacy when visiting Montgomery. There, in “The Relic Room,” one sees Confederates venerated like saints. When I toured it in 2019, the only indication that slavery existed was a period illustration in which two African-Americans held candles. Between them, Jefferson Davis speaks to a jubilant white crowd. I noted that the exhibits failed to acknowledge any link of the building or the Confederacy to slavery, and the staffer I spoke with said they needed to do better. I hope they are now.

Moving on From Personal Blind Spots

Yet, I am not without my own blind spots. Growing up, I was the perfect age to be enthralled by The Dukes of Hazzard. The early 1980s television series featured an orange Dodge Charger called the General Lee that was emblazoned with the Confederate battle flag.

That flag was a common site elsewhere in my youth. I was born and raised in a place that had changed its name to Davis County when Texas left the Union. And it was not uncommon to hear the phrase “the South will rise again.”

I will not stone my 10-year-old self for enjoying the Duke boys. Yet, I am embarrassed that, as an adult, I long enthusiastically told the tale of me as a law student getting cast member autographs. The event where I got the autographs was a bit like a Star Trek convention meeting a NASCAR race. But what for me was a fond nostalgia for Friday-night TV may have been tinged with pain for those who better understood the roots of the symbols associated with my memories. And I made no effort to acknowledge the bigger picture.

I also can recall enjoying the playground at Robert E. Lee Elementary across the street from which my grandparents lived. That school, like the hundreds of other schools and statues erected decades after the Civil War, was really a monument to Jim Crow. The existence of these mistakes should be recorded and remembered with regret at places like the museum in Montgomery. But they should no longer be given places of honor. It is time as well for my vintage poster of Bo, Luke, and Daisy Duke to be mothballed. As Saint Paul reminds us, there is a time to put away childish things.

John Murdock is an attorney who writes from Idaho.