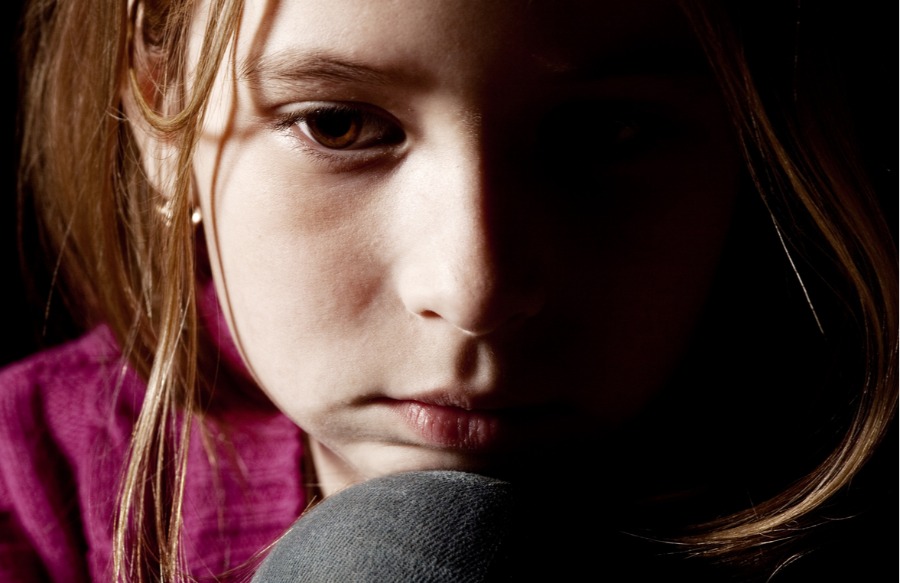 She was already suffering from sadness and depression. A few days after Christmas, Kendrea Johnson decided to end it all. The six-year-old girl from Minnesota was found hanging from a jump rope in what officials called a suicide. She left a note that said, “I’m sorry.”

People used to believe that such young children are incapable of suicide. The concept seemed beyond their understanding. Now, however, an increasing number of young children like Kendrea are taking their lives.

According to the Centers for Disease Control, the rate for the age grouping covering ages 10-14 has tripled over the last decade. Another CDC report claims that 1,300 children aged 5 to 12 died by taking their own lives between 1999 and 2015. That is an average of one death every five days. And the number is growing. Hanging and suffocation are the most common methods of death.

The Need for Protection

It sounds so unbelievable to say it so casually, but there are three ways that can keep five-to-ten-year-old children from killing themselves. They do not call for government action or programs. These ways involve helping children be children.

These are things that are true and that we instinctively know children need. This is wisdom that will help all children and prevent such tragedies as child suicide.

The first way involves protection and security. Childhood is a learning process requiring space for experimentation and risk-taking. Inside the protective care of adults, children must experience hardship and overcome the fear of failure.

When children do not sense support, it can lead to regular feelings of worry, unease and fear. They can become unreasonably angry, socially distant or severely anxious. These mental conditions can give rise to scratching or cutting behavior, poor diet and sleeping disorders.

Even at the tender age of ten or younger, excessive anxiety is one small step away from thoughts about suicide. Encouragement is one click away with online content that glamorizes self-harm. Suicide rates spiked after the debut of Netflix’s popular show on suicide, “13 Reasons Why.”

Parents must take measures to reinforce protection among children. Marriage is the most effective means to do this. It is the natural framework in which the children feel protection and stability. The obvious advice to parents is to stay married and avoid at all costs the disaster of a broken home.

In addition, children need to sense the concentric circles of adult protection that come from belonging to extended families, local groups, parishes and communities. Even the love of country reinforces the idea of a strong defense of shared values. The more parents are socially involved, the more children can benefit from the security of these social structures.

While protection is necessary, overprotection must be avoided. Parents must help their children deal with failure. They should point out the lessons to be learned from the experience. Children should be allowed to engage in playful activities that involve limited risks, that will help them deal with future dangers.

The Road to Certainty

The second way of prevention involves the certainties children need to serve as anchors in their lives. Childhood is the time to discern truth from error, right from wrong. Children need to learn who they are and the purpose of their lives.

Having certainties disposes children to act with conviction and determination. It builds character and enriches their personality. A child’s education must be solidly oriented toward the good, true and beautiful.

When impressionable children lack certainties, they will follow the latest fad and fashion. They will conform to the safety of what everyone else thinks. No moral compass will govern their behavior. They will question their own identities and reason for living.

When children face uncertainty, they will become anxious when trying new things outside their routines. Unknown things will “trigger” anxiety, depression and thoughts of suicide.

Parents must instill certainties in children at an early age. The first certainty must again be that of marriage that the child must view as rock-solid to the point that separation is inconceivable.

Parents must affirm without apology that there exists an objective truth that informs the sense of right and wrong. They should avoid the “dictatorship of relativism” that says children must find and determine their own “truths,” which can differ or contradict others.

Children should also be taught to defend the truth when attacked. They must not be afraid to denounce evil and sin. In this way, children will not be intimidated by the fear of being politically incorrect.

The Need for God

The final way of preventing child suicide involves a relationship with God. Secular society frowns upon involving God in what is seen to be a sociological problem. However, the most effective means to prevent children from taking their lives is to cultivate a loving relationship with God.

Without a notion of God, naturally inquisitive children will not find the answers to the many important life questions that all must answer about who they are and why they exist. Not answering these questions will lead to anxiety and confusion.

Especially in these chaotic times, children need to have recourse to God to ask for graces and favors for the problems that overwhelm them. They need to see how they fit into the order of things lest they fall to cynicism and depression.

By orienting children toward God, parents direct them to their final end. Children clearly see their purpose in life is knowing, loving and serving God. Those who fulfill their purpose will not suffer frustration since they know the higher causes of things.

Parents must instill in children an ardent love of God for whom they are made. Again, a holy marriage is a crucial component since children must see piety in action, especially in their parents.

However, any love of God cannot be directed towards a vague notion of a deity. The child must, above all, be directed toward a personal God who assumed human nature, Our Lord Jesus Christ. In this way, children can relate to a God made Man in whom they might confide.

However, this relationship with Christ must not be a feel-good emotional experience. It must lead to a desire to follow God’s law that will govern their actions.

Parents should teach children to pray and have a regular prayer life. They should have a sacramental life of Grace, which the Church administers to strengthen souls on the path to sanctity. When God works in souls through his Grace, the person has the means to confront all life’s hardships with joy and resignation.

Young people, and even very young children, will then have the means to overcome the anxieties that might assault them. Such full lives will never fall prey to the emptiness that leads to despair and suicidal thoughts.