When liberal historians grade the men who served as America’s chief executives, they give high marks to the “activist” ones who fought wars abroad, expanded the frontiers of the federal government at home, pushed taxes and spending higher and foisted new bureaucracies on future generations. Especially good grades go to the ones who tortured the Constitution until it confessed to powers liberals want but the Founders shunned. Because liberty is important to me, that’s not my cup of tea.

Presidents’ Day is meant to mark the legacies of George Washington and Abraham Lincoln. But most people’s views on these two men are set in concrete, so what I’d like to do instead is offer a few words on behalf of three lesser known presidents, men who were exemplary in their defense of liberty.

In Recarving Rushmore: Ranking the Presidents on Peace, Prosperity and Liberty, author Ivan Eland bestows the top award on the man his critics dubbed “His Accidency,” his having landed the job only because William Henry Harrison died one month into office. Eland is right that John Tyler deserves far better reviews than he received at the time and ever since.

Tyler was the first vice president to succeed a president who checked out early, and his opponents took to calling him “Acting President,” hoping to undermine his authority. But Tyler made it plain in word and deed that he was just as much the President of the United States as the man who preceded him, preventing Congress from upending the carefully conceived balance of powers between the branches of government. 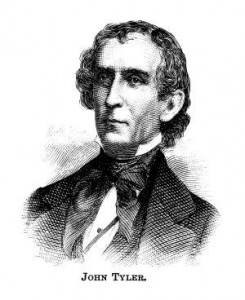 From there, Tyler thwarted Whig attempts to dispense subsidies to business. He vetoed more bills than all the previous nine presidents but one. He killed bills to put the states on the federal dole and set up a central bank. Largely because he wouldn’t allow special interest raids on the treasury, he was the target of the country’s first presidential impeachment attempt (which failed).

In contrast to Jackson’s infamous “Trail of Tears” (the forced resettlement of southeastern U.S. Indians to Oklahoma), Tyler permitted the Seminoles to stay in Florida. He thereby ended the bloodiest war in U.S. history up to that time.

Tyler resisted calls to inflate the currency. He supported lower tariffs and freer trade. And he left the federal government materially no larger when he departed the White House than it was when he entered, and probably a little cleaner too. All this makes him a rare bird and, in my estimation, a great president.

What’s refreshing about James Garfield is that he didn’t especially want to be president. He was not hungry for power. He had served as a Civil War general and then for nine terms as a U.S. congressman, and that was good enough for him. He went to the Republican convention to nominate another man for president, but in spite of his best efforts, he won the nomination himself on the 36th ballot.

As President, Garfield proved honest and competent. Appalled at the endless lines of people who wanted a favor or a federal job, he complained, “My God! What is there in this place that a man should ever want to get into it?” 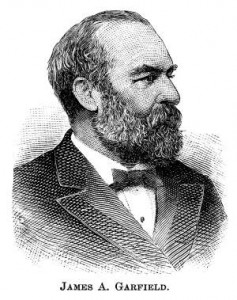 He endorsed civil rights for black Americans. He bucked his own party by resisting higher tariffs designed to “protect” certain industries. He opposed measures to empower the President to suspend habeas corpus. And he was outspokenly anti-inflationist, with a keen understanding of monetary history that was nothing short of astonishing.

Garfield’s presidency lasted 200 days, and for 80 of those he was unable to govern as he lay wounded from a July 2 assassination attempt. He died on September 19, 1881, victim of a crazed man who, unlike Garfield, lusted for public office and was angry that the president hadn’t offered him one. If not for a bullet, the man who least wanted to be President may well have become known as one of our best.

A case can be made that this president was the best of them all. Grover Cleveland didn’t fight a war. He didn’t schmooze and slither his way to political power. And he didn’t exercise the power he had as if he loved it for its own sake. He did the public’s business honestly and frugally, and otherwise left people alone. Ever the modest and humble man, he said he wanted to be remembered less for what he did and more for the “mischief” he prevented. 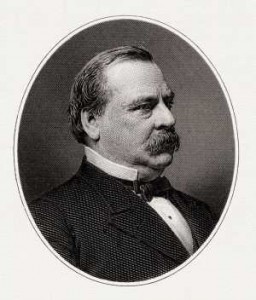 The early stirrings of a nanny state met with Cleveland’s firm admonition: “Though the people support the government, the government should not support the people.” He detested the twin pillars of any welfare state — dependence and demagoguery. If it wasn’t in the Constitution, that was enough to chuck it. He cut taxes and tariffs, arguing that when the government ran a surplus (as it almost always did back then), it should give the excess back to the people. He was a non-interventionist in foreign affairs.

When the Panic of 1893 struck early in his second term, Cleveland possessed the wisdom to know the cause, and the courage to see it repealed. The Sherman Silver Purchase Act of 1890, which was passed when he was out of office, had set the nation on an untenable course of massive subsidies to silver interests, jeopardizing the integrity of the financial system. He corralled reluctant congressmen into reversing themselves and voting it out.

Even liberal historians who dislike Cleveland’s laissez faire, limited government philosophy grudgingly give him high marks for his integrity, candor and determination.

So this President’s Day, don’t just venerate the usual suspects. In an age when our federal government continues to swell and our liberties to shrink, it’s worth remembering, and honoring, three men who stood athwart history and said, “Enough!”

Economist and historian Lawrence W. Reed is president of the Foundation for Economic Education, in Atlanta, Georgia.