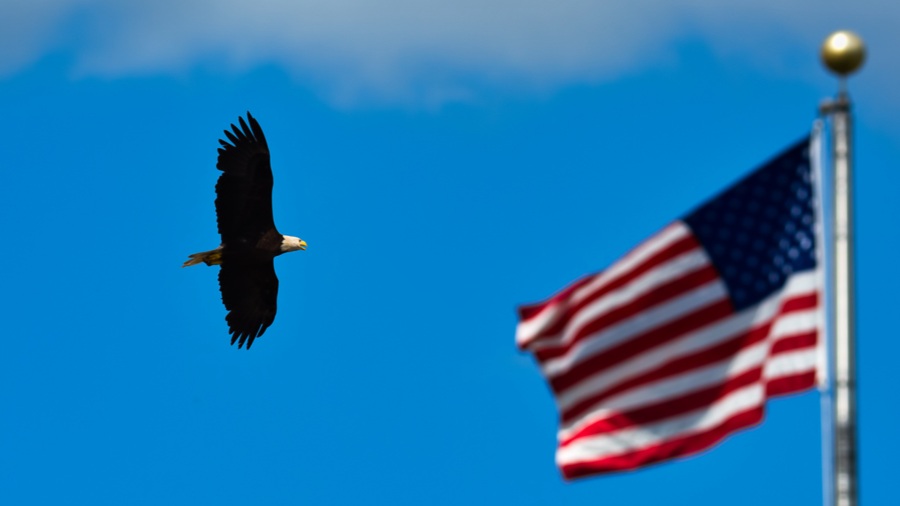 Between an economy at the bottom of a death spiral, food shortages, high prices, and COVID problems — including no tourism to improve prospects, the Cuban people have taken to the streets. The BBC reports, “Thousands of Cubans have joined the biggest protests for decades against the island’s Communist government. They marched in cities including the capital Havana, shouting ‘freedom’ and ‘down with the dictatorship.’”

Perhaps their 12th of July will go down with our 4th. Wouldn’t that be wonderful?

The Fourth of July here in Lander, Wyoming is the big holiday in town: parade, buffalo barbeque, rodeo, and more fireworks than you can imagine. Sundown (okay, so some people didn’t wait till sundown) brought out thousands of “bombs bursting in air.” Freedom is on lips and in the tang of gunpowder that fills the air.

Are We Still Free?

Somewhere along the celebration, a Wyoming Catholic College alumna asked me a question I’ve been thinking about ever since. Using Merle’s Haggard’s words rather than hers: “Is the best of the free life behind us now / And are the good times really over for good?”

Lots of people — possibly including you, dear reader — are certain they are. We ate our barbeque and set off our fireworks remembering the days before America launched itself towards growing and unstoppable tyranny.

I’ll admit that, on the one hand, the omens are not good. Despite its high cost, proven failures, and gross inefficiency, people want to entrust more and more of their lives to bigger government. And bigger government brings more top-down control and less freedom — as the people of Cuba have known for decades.

On the other hand, as Rod Dreher put it in his book The Benedict Option, “History gives us no clean, straight causal lines binding events and giving them clear order. History is a poem, not a syllogism.”

History is full of weird twists and turns and — here’s the important part — history is guided by God’s Providence. That being the case, who can guess what might happen next? (Certainly, Sunday’s widespread demonstrations against the Cuban regime caught folks by surprise.)

“The Russians are Coming”

When I grew up “The Russians Are Coming, the Russians Are Coming!” was more than just the name of a very funny movie. It was a genuine fear. Our house had a fallout shelter. At school we practiced duck-and-cover in anticipation of a nuclear attack. Soviet missiles were — at least for a while — deployed in Cuba.

“We will bury you!” said Soviet First Secretary Nikita Khrushchev in 1956. The Soviet Union was a powerful, malicious enemy and it was here to stay.

In 1935, Joseph Stalin commented sarcastically, “The Pope! How many divisions has he got?” Forty-four years later, in June 1979, the Pope arrived in Communist Poland sans divisions and in nine days set the stage for the fall of Soviet Communism in 1991.

Yes, decades of centralized economic mismanagement and failure, military disaster in Afghanistan, the efforts of Ronald Reagan and Margaret Thatcher, and other factors contributed to the dissolution of communism. But as George Weigel comments in The End and the Beginning, “No account of the largely nonviolent collapse of communism in 1989 (rather than in 1999, 2009, or 2019) will be complete or satisfactory unless it takes full account of the revolution of conscience that the Pope ignited in June 1979. The Nine Days of John Paul II were the trigger for the rest.”

It was the last thing anyone expected — including the “experts” in the U. S. State Department and the Vatican. “God,” as hymnist William Cowper put it, “moves in a mysterious way His wonders to perform.” He always has and He always will.

“Can anything good come out of Nazareth?” asked Nathaniel (John 1:46). Apparently so — at least in retrospect. Back in the day the answer may well have been an emphatic “No.” But soon the Nazarene’s followers were called the ones “who have turned the world upside down” (Acts 17:6) for indeed they did — and they still can.

Picking Up the Shards

Yet it’s unlikely that his successor Cardinal Cupich will die in prison. He and we remain free to worship, to speak, and (even in places like Illinois) to bear arms.

Maybe Cardinal George was off by a generation or two.

Maybe, but the only guaranteed truth in his statement is the last part.

“Pick up the shards of a ruined society and slowly help rebuild civilization” is the Church’s — and every Christian’s — calling.

Whether the good times are over for good or a new renaissance of freedom and prosperity brings even better times hardly matters. Nothing changes for Christians. We faithfully keep preaching the Gospel, loving our neighbors, repairing what is ruined, building civilization, and with divinely inspired hope turning the world upside down.

And we pray for the Cuban people as they seek to do the same.