This Little Light of Mine: A Christmas Reflection 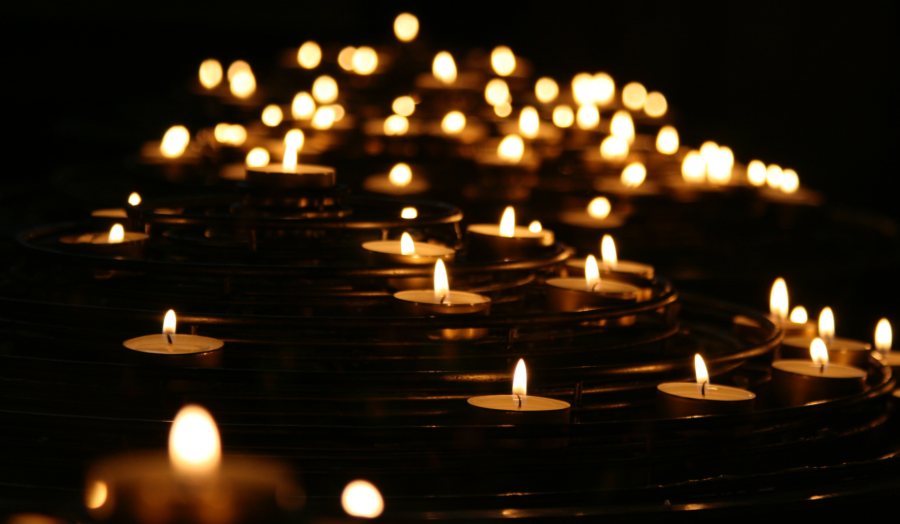 When he accepted the 1988 Republican presidential nomination, George H.W. Bush famously talked about “a thousand points of light,” setting that in opposition to waiting “passively while Washington sets the rules.”

“For we’re a nation of community,” he said, “of thousands and tens of thousands of ethnic, religious, social, business, labor union, neighborhood, regional and other organizations, all of them varied, voluntary and unique. … a brilliant diversity spread like stars, like a thousand points of light in a broad and peaceful sky.”

Christian Points of Light in the 1800s

The eighteenth century was not kind to Christianity — and to Catholic Christianity in particular. The 1700s saw weak popes trying to respond to both the aggressiveness of the new nation states and an intellectual climate that marginalized faith. It did not go well.

By 1800, the Church seemed as though it was at least on the ropes and possibly down for the count.

“Love proves itself by deeds, so how am I to show my love? Great deeds are forbidden me. The only way I can prove my love is by scattering flowers and these flowers are every little sacrifice, every glance and word, and the doing of the least actions for love.” — Thérèse of Lisieux

But as nation states became even more aggressive, hemming in the Church in new, unexpected ways, and as the intellectual climate progressed from Rousseau and Voltaire to Marx, Darwin and Nietzsche, something unexpected happened. In the eclipse of the light the Faith had shed for centuries, points of light began to appear. Let’s look at two.

In 1801, John Henry Newman was born to a middle class English family. Unlike most people at the time, Newman’s family actually practiced their Anglican faith and young John Henry became an avid reader of the Bible before he was 7.

At 15, the year before he went to Oxford, Newman experienced an intense conversion and became active in Methodist circles. At Oxford, he proved a brilliant scholar who, as Church of England clergyman, held firm to the Christian faith in spite of the cultural and intellectual developments around him. Later, his study of the Church Fathers moved him from his Evangelical roots to what would become known as Anglo-Catholicism and finally to the Catholic Church.

John Henry Newman’s sermons and books including What is a University? and his spiritual autobiography, Apologia Pro Vita Sua, influenced people such as G. K. Chesterton, Ronald Knox, and Hillary Belloc. They influenced people like C.S. Lewis, Dorothy Sayers, and J.R.R. Tolkien, who influenced you and me. Newman was a bright point of light in a darkening sky.

In marked contrast with the long-lived and erudite Newman, in 1888 a teenaged girl entered the Carmelite convent at Lisieux. Marie Françoise-Thérèse Martin was a simple girl with serious health problems — something she struggled with since birth.

As a young girl in an obscure convent, she didn’t have the kind of platform Newman and others had and she struggled with her smallness. Finally she wrote, “Love proves itself by deeds, so how am I to show my love? Great deeds are forbidden me. The only way I can prove my love is by scattering flowers and these flowers are every little sacrifice, every glance and word, and the doing of the least actions for love.”

St. Thérèse of Lisieux died at age 24, a seemingly tiny point of light. Yet her life has been told in five films, an opera, and an oratorio. “The Little Flower’s” point of light had an outsized influence. Her “little way” is still a pipeline of spiritual power and her autobiography, The Story of a Soul has influenced popes and priests, moms and mystics, the sick and martyrs.

Of course, the stories of St. John Henry Newman, St. Thérèse of Lisieux, John Wesley, D. L. Moody, Billy Graham, St. John Paul II, and thousands of other points of light are nothing more than a repetition of the original point of light marked by the star that hung over a stable in Bethlehem 2000 plus years ago.

“You Shine as Lights in the World”

The day will come when everyone “will see the Son of man coming on the clouds of heaven with power and great glory” (Matthew 24:30b), but we’re not there yet. Rather than a supernova of glory we see because we are a thousand points of light — men, women, and communities that are “blameless and innocent, children of God without blemish in the midst of a crooked and perverse generation, among whom you shine as lights in the world” (Philippians 2:15).

In his poem When Kingfishers Catch Fire, Gerard Manley Hopkins, another nineteenth century point of light, wrote that the Christian:

Acts in God’s eye what in God’s eye he is —
Christ — for Christ plays in ten thousand places,
Lovely in limbs, and lovely in eyes not his
To the Father through the features of men’s faces.

Dr. James Tonkowich, a senior contributor to The Stream, is a freelance writer, speaker and commentator on spirituality, religion and public life. He is the author of The Liberty Threat: The Attack on Religious Freedom in America Today and Pears, Grapes, and Dates: A Good Life After Mid-Life. Jim serves as Director of Distance Learning at Wyoming Catholic College and is host of the college’s weekly podcast, The After Dinner Scholar.