This is a Bible: The Fundamentals of God’s Team 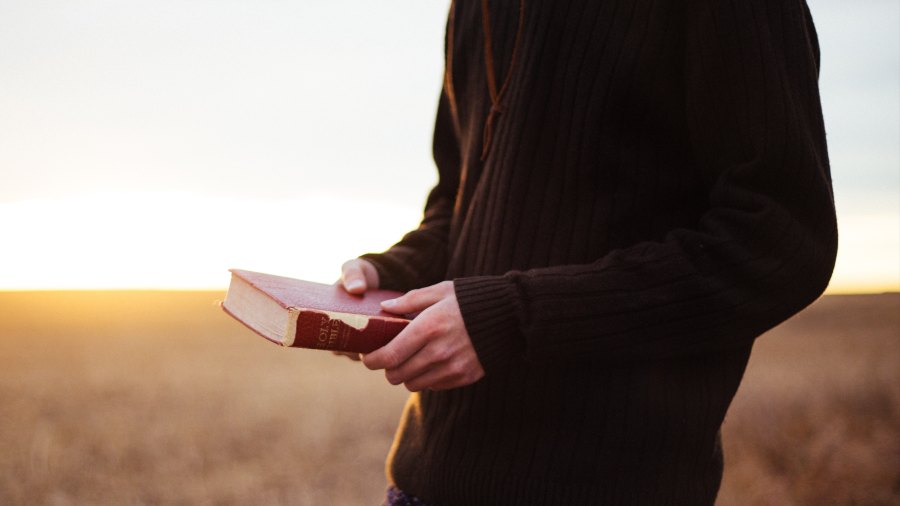 Coach Buckley’s football practices were brutal. I was only 11, but I still remember them to be grueling, agonizing and dreadful. The infamous practices had tons of running and repetitive drills, all without scrimmaging! Many players wouldn’t make it through the practices without losing their lunch, and many of them quit. Even my best friend left the team; his parents pulled him. But, even though the sacrifice was great, the return was sweet. We earned a perfect season; no team even scored on us! The Braddock Road Sharks brought fear to all other 11-year-olds who dared to play football.

Focus on the Basics

It was fundamental for Jesus to engage with His Father every day. It was not optional. It was a must.

Our team focused on the basics. Great coaches understand that focusing on the essentials will make players compete at their highest level. Coaches who assume that fundamentals don’t need to be stressed throughout the year are usually looking for a new job at the end of the season.

If fundamentals are the key to success on sports teams, then what would be the fundamentals of being on God’s team? What are the basics that our Head Coach, Jesus Christ, would want us to do?

This is a Football

In 1959, legendary football coach Vince Lombardi, while holding a football in front of him, said to his Green Bay Packers: “Let’s start at the beginning. This is a football.” Could it be any more basic than that? In the same way, I think Jesus stands up in front of us each day and holds up the Word of God and says, “This is a Bible.”

Over the next eight years, Coach Lombardi transformed the Packers’ program by sticking to the basics. They were in a class by themselves, winning six divisional and five NFL championships and achieving two Super Bowl victories.

Jesus Christ desires to transform our lives in an even greater way! All it takes is following His direction.

Take In the Word of God

So, start by taking in the Word of God. Read through the Bible — it will change you. Time after time in my life, I’ve realized anew that spiritual victory is directly related to time spent in His Word.

Psalm 119:147 reminds me of the importance of connecting with the Lord: “I rise before dawn and cry for help; I have put my hope in Your word.” Position yourself to let Him speak into your life.

In Mark 1:35, we see one of Jesus’ keys to success. It was fundamental for Jesus to engage with His Father every day. It was not optional. It was a must. Mark writes: “Very early in the morning, while it was still dark, Jesus got up, left the house and went off to a solitary place, where He prayed.”

It can be a daily battle to pick up the Bible when we’ve got so much on our to-do lists. That’s because our enemy doesn’t want us to spend time daily in the Word. He knows that if we do, our lives will be transformed, and others’ lives will be transformed. He’ll do anything to prevent that from happening. He’ll throw everything he can at us to stop us from cracking open the Book of Truth.

But if we want clarity and spiritual success in life, start with the Word of God. Focus on the spiritual fundamentals. Oswald Chambers said, “Simplicity is the secret of seeing things clearly.”

This is a Bible

Get going and dive in! Just you and the Bible. Open it, read it, study it, meditate on it and linger in it. Let it soak into you.

Let’s start from the beginning. “This is a Bible.”

Step one: Grab a Bible.

Step four: Experience it for yourself.

Dan Britton is the Chief Field Officer for the Fellowship of Christian Athletes. He has served FCA since 1990, and since 2013, has led FCA’s international efforts, traveling extensively around the world, as FCA works in 92 countries, training thousands of sports leaders, coaches, and athletes.

Tanya: A Story of God’s Amazing Providence in Communist Lands