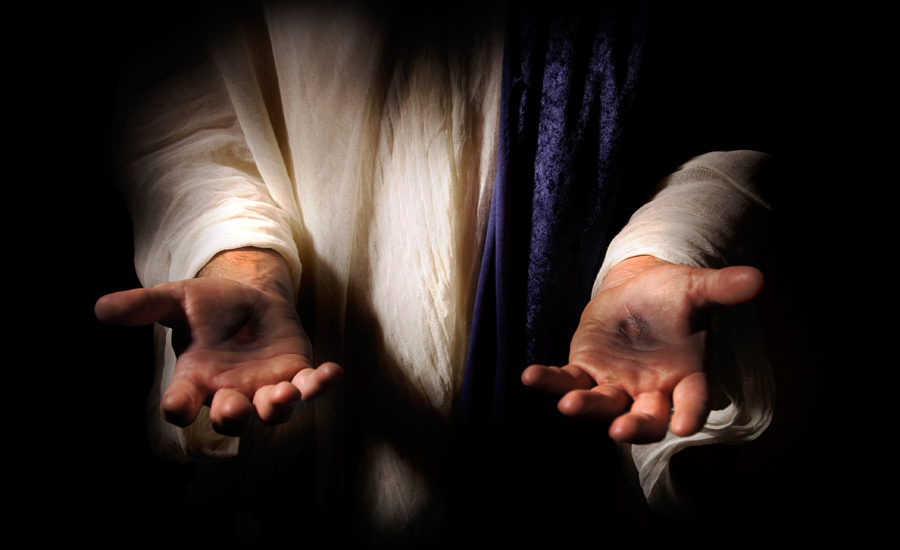 This month, we celebrate the greatest love story ever told. One of great sacrifice — the ultimate sacrifice. It’s a radical story of redemption in which we stake our faith: that Jesus gave His life for our sins and died, but rose again!

As we celebrate Easter and the victory of Jesus’s resurrection, those of us at the Dream Center are celebrating the men and women going through recovery. These are folks who are finding new life while overcoming addiction and the struggles that come with it.

Johnny’s life before coming to the Dream Center consisted of addiction and chaos. From sexual and physical abuse to toxic relationships and drug abuse — which ultimately led him to prison — Johnny came into our recovery program hopeless and completely broken. Yet his great victory over the strongholds of addiction will inspire you.

“I had a traumatic childhood,” Johnny told us. “At six, I witnessed my mother being molested. I tried to stop the attacker but was not strong enough. Shortly after, I was taken from my parents and sent to live with my grandparents where I was sexually, physically, and verbally abused.”

If that wasn’t enough, Johnny also told us that his own relationship took a turn for the worst and one day his girlfriend took their kids and left.

“I ended up using more drugs than ever before,” he went on to say. “I’d also been committing a string of serious crimes and was eventually caught and sent to prison. After my release, I was doing well for a while, but sadly I ended up right back in my mess.”

Ever since Johnny got here he began to learn a lot about Jesus, he began to study God’s Word, and now he knows Jesus personally.

But thank God for Johnny’s mother.

“My Christian mother, encouraging me to seek God, invited me to a small church in downtown L.A. where they mentioned the Dream Center. I didn’t want to come at ﬁrst, but the prayers of my mother softened my heart.” Fast forward to today, and Johnny told us that “calling the Dream Center’s intake department turned out to be the best decision I ever made.”

Ever since Johnny got here he began to learn a lot about Jesus, he began to study God’s Word, and now he knows Jesus personally. In fact, Johnny said that with Him he finally has “genuine happiness.”

His dream now is to complete his GED, become a firefighter, and share his story with young teens, in hopes of preventing them from making the same mistakes he did.

“Life is brighter for me now than it’s ever been,” Johnny now says with a smile.

The Power to Make Us Whole

I love hearing stories like Johnny’s. They boost my own faith, proving that Jesus really did what he says he did, and that he is who he says he is. Because of what happened 2,000 years ago, my friends like Johnny are experiencing a newness of life after recovering from some of the worst traumatic experiences and crippling addictions.

There’s an addiction epidemic on the rise here in Los Angeles. We are seeing more and more individuals who are in need of hope, encouragement, and a second chance in life. I honestly get overwhelmed and saddened sometimes when I realize what we’re up against.

But then I remember the crucifixion and the resurrection. I remember that the story is real, and that its power is tangible. And my fear and my sadness go away, because I remember I don’t have to fix these problems on my own. I remember that Jesus truly cares about each and every hurting soul, and He alone has the power to make them whole.

1 Peter 1:3 tells us, “Praise be to the God and Father of our Lord Jesus Christ! In his great mercy he has given us new birth into a living hope through the resurrection of Jesus Christ from the dead.”

Here in Los Angeles we’re finding this passage to be as solid of a truth you could ever stand on. Jesus really is showering people with great mercy, and giving us a living hope unrivaled by any other solution you’ll ever find.