This Christian Teacher in Ireland Chooses Prison Over Telling Hellish Lies to Children. Would We Do the Same? 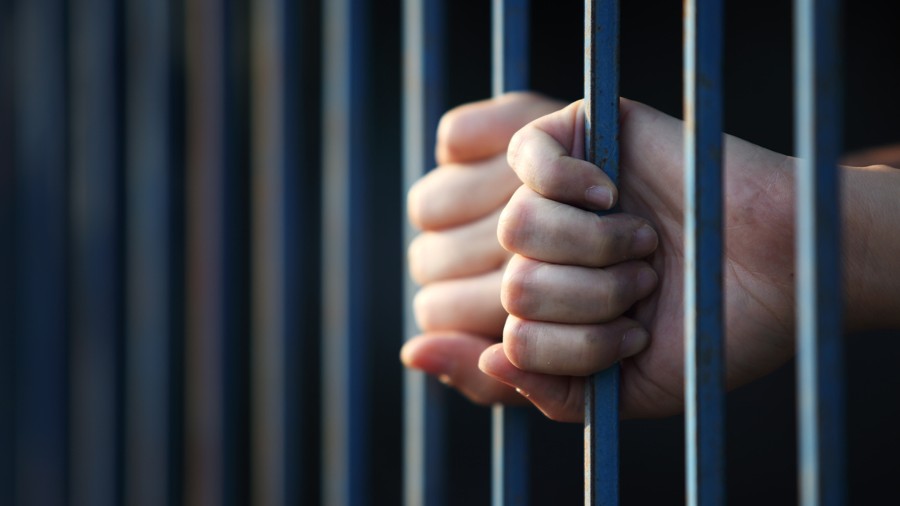 What would you rather go to prison than say?

I’m no fan of prison, and not one of those people who says you would owe the truth to Nazi soldiers asking if you were hiding Anne Frank inside.

So there are some falsehoods I’d repeat to stay out of jail myself. I think that if the alternative was a cold, lonely cell, I might be willing to mutter stuff like the following:

What Would You Teach to Children?

Your conscience might be tenderer than mine, or you might be more courageous. But let’s sharpen the knife a bit: What would you go to prison rather than teach to naïve children in a Christian school? Would you say directly, or say things that necessarily imply, any of the following assertions:

One courageous teacher at an officially Christian (Church of Ireland) school has chosen prison over misleading innocent children. Enoch Burke apparently prefers the chill of a cell to the weight of a millstone draped around his neck. According to The Daily Mail (U.K.): “Enoch Burke, an evangelical Christian, told Ireland’s High Court that abiding by the injunction that forbade him to teach at his school after he refused to address a transitioning student as ‘they’ would ‘violate my religious beliefs and deny my God’.”

Because it would affirm the child’s sexual confusion, granting it the authority of a teacher at a Christian school. So no, it would not be an act of politeness, but active verbal complicity in the lie that was ruining that child’s life. On the order of telling a kid addicted to heroin that his track marks look really “cool.”

I Can Be a Christian … in Prison

The Belfast Telegraph goes into more detail about the case:

Enoch Burke has again refused to comply with court orders barring him from his workplace despite spending two nights in prison for contempt of court.

“I can be a Christian in Mountjoy Prison or I can be a pagan acceptor of transgenderism outside it,” he told the High Court today.

The schoolteacher, who is an evangelical Christian, was suspended from work on full pay last month pending the outcome of a disciplinary process following incidents in which he voice opposition to a request from his principal to address a transgender child by their preferred name and to use the pronoun “they” instead of “he”.

He was jailed on Monday for defying temporary court orders that he stay away from the workplace and not attempt to teach children there.

Addressing the court, Mr Burke made clear he had no intention of purging his contempt [of court] by agreeing by abide by the orders.

“I will never leave Mountjoy Prison if in leaving that prison I must violate my well-informed conscience, and my religious beliefs and deny my God,” he said.

He said that were he given the choice of either abiding by the orders or acting in accordance with his religious beliefs, his answer would be the same for the next hundred years.

Mr Burke reiterated claims that transgenderism was against the teachings of every major church on the island of Ireland.

He said that during his time in prison he had time to consider whether any of his actions were wrong or amounted to misconduct and concluded that what had done was “honourable”.

“I consider it commendable that I chose to obey God rather than man,” he said.

He criticised the decision to jail him, stating: “This court has divested itself of all honour and has been mean, contemptible and base”.

“The tragedy of this case is that by merely stating my opposition to transgenderism, I have paid dearly.”

The Fact-Checkers Swoop in to Mislead Us

I saw this story on Twitter, posted by the courageous, truth-telling Catholic deacon Nick Donnelly. Nick had accurately reported that the teacher was being imprisoned for his rejection of demonic transgender lies. Within scant minutes, Reuters News Service stepped up an issued a “fact-check,” which no longer means “a check … of the facts,” but now something more like “Oligarchy’s Spin.” The once-trustworthy news service reassured everyone that Burke was in jail not for his Christian beliefs, but for “contempt of court.”

That let everyone desperate to be reassured and steer clear of the “weirdoes” (who actually act on their faith) get back to nodding and smiling at Caesar. No, the government isn’t punishing Christians, just nasty uncivil people who are rude to those nice judges in their powdered wigs and robes. Divide (check!) and conquer (check!).

Ireland, where this appalling miscarriage of justice is taking place, is a country that spent the last 20 years shaking off the religious beliefs it once spread all across Europe, Africa, and North America. As the country got suddenly rich, its inhabitants decided collectively that they wanted to be “normal” Europeans. They were ashamed of their fiercely religious, poor, rural and nationalist grandparents — who’d have 7, 9, or 12 children on hardscrabble farms, and raise them in the Faith of their Fathers. Enough of those quarrelsome, dogmatic, pious “shanty” ancestors. They wanted “lace curtains,” good manners, weak beliefs, more sex and fewer children. So anybody who’d cling to the old-fashioned ways and beliefs would need to be shamed and ostracized, sneered at and pitied.

You can see the compliance mechanism of the new, intolerantly godless Ireland swing into motion. Soon the press was running dark, foreboding reports on the whole Burke family. “Ah, they’re not nice people, ya see. They’re … troublemakers. Bible-thumping zealots … kind of shanty, if you know what I mean.”

The Irish Independent published a story entitled “Meet the Burkes: Suspended teacher Enoch Burke hails from a controversial family of evangelical Christians.” Go read it for yourself, and ask if a “respectable” Southern newspaper reporting on “uppity” blacks demonstrating for civil rights in 1950 would have sounded any different.

Ah, they home-school their kids. That isn’t normal is it?

They mouth off to judges in court, always quoting the Bible. Who needs that kind of thing?

They sound like the priests in a James Joyce novel, or (worse!) like … Ian Paisley. Aren’t we beyond that sort of thing nowadays?

This is how you brainwash a nation, folks. One flaccid spine at a time.