Think This Homosexual-Activist Survey for Middle Schoolers is Bad? No, It’s Worse Than That 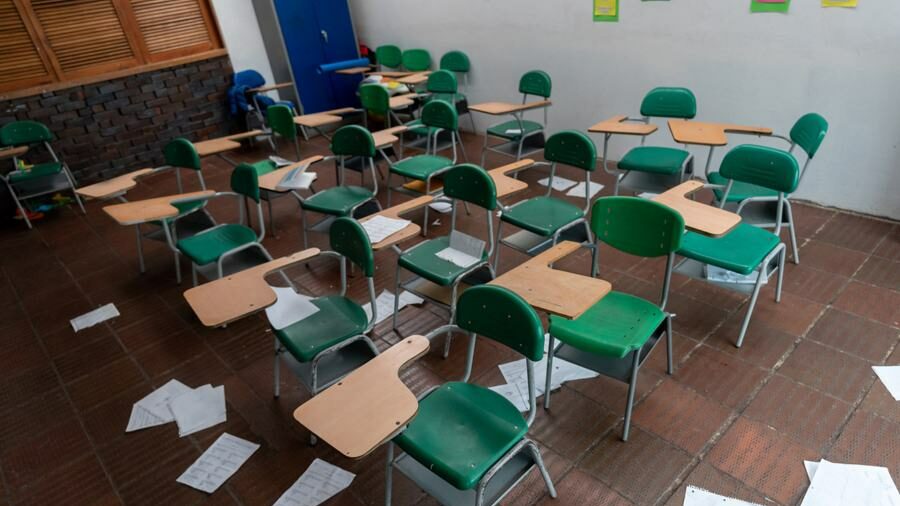 Depicting what the students should have done with those surveys, if only they'd known enough to realize what it was all about.

MassResistance reported earlier this summer on a sex- and gender-activist survey sent to middle school students in Saugus, Massuchusetts, with questions such as:

The last question I quoted obviously violates health privacy standards. That’s easy to see. But it does a real number on professional research ethics, tool. If I’d written a questionnaire like this for survey research in my psych grad school program, I would have been required to pass it through a Human Subjects ethical review before deploying it. I would have had to explain the purpose for my research, discuss the possible risks to “human subjects,” including potential risks related to attitude change on their part. I’d have to show how I would mitigate any potential risks.

MassResistance expressed plenty of outrage in their report on this survey. I’m here to pile on even more. … They’re not just violating your ethics, they’re violating just about every standard that exists.

I learned that as a psychology student. I’d be willing to bet everyone with a master’s degree in education has taken enough research methods classes to know the same requirements. Therefore even if they thought all the prying, poking, invasions of privacy, and attitude manipulations in this survey were just fine, teachers and administrators should still know that it’s unethical according to professional research standards.

Questions are Statements, Too

“But we were only asking,” they might object, adding, “What’s wrong with just asking questions?” I think they already know, but I’ll answer anyway: There’s no such thing as “only asking.” The car salesman’s first question is always one he knows you’ll answer “Yes.” That’s because he’s priming you to answer yes to his next questions, until you say yes to buying a car. It isn’t just a question, it’s a persuasive technique, one that’s well established in persuasion theory.

Surveys are never mere questions, either. My studies were in organizational psychology, so that’s where I also practiced, helping develop employee surveys, for example. My first three questions in guiding that process were always, “What do you want to learn? What do you want your say? Are you being honest with that?”

Funny thing: There’s no item reading, “Inordinate administrative and social pressure at school to support LGBTQ+ people makes it difficult for me to maintain my cultural and/or religious beliefs.”

Take for example the employee satisfaction survey with a ton of questions on communication within the company. That’s not merely asking about communications, it’s also saying the company cares about the quality of its communication. It carries an implied promise that if the answers come back negative, they’ll do something about it.

That’s great if it’s true. If not, it borders on dishonest manipulation (though It could be mere incompetence instead): telling people you care enough to want to know, and hiding the fact that you’re not planning to pay any attention to what they say.

Likewise in this questionnaire, if someone were to say, “But look, we were only asking,” that would be both dishonest and manipulative. I wouldn’t be the least bit surprised to hear that from them, though. The questions themselves are manipulative.

Take the agree/disagree item, “I can tell what a person’s gender or gender pronouns are based on their appearance.” Asking that question in school teaches the student that it’s a question; that it really is questionable whether you can tell a person’s sex based on his or her or xyr or their … or whatever-their-pronouns-may-be … appearance. (Everyone knows this isn’t about those infrequent times when you see someone afar off and you can’t quite tell if they’re male or female.)

Most students grow up in homes where no one would even begin to think that’s a real question. This questionnaire actually teaches them it is. And as soon as you think it’s a question whether appearance reveals gender, you’re thinking about gender the way they want you to think. By asking you their question, they’re giving you their answer.

Finally, there’s a clear violation of the First Amendment hiding inside the last series of agree/disagree items. There’s a long list of items about bullying of “LGBTQ+” students, or standing up for them, intervening on their behalf, persuading peers to change their offensive ways toward them, and so on. It sends a clear message: We expect you to support these people. And it all leads up to this near-final item: “My cultural and/or religious beliefs make it difficult for me to support LGBTQ+ people.”

Funny thing: There’s no item reading, “Inordinate faculty and social pressure at school to support LGBTQ+ people makes it difficult for me to maintain my cultural and/or religious beliefs.” But then, why should there be? They’re only “beliefs,” right? Standing up for LGTBQ+ people, is the Truth we all live by! That’s the message, clear as day.

It’s absolutely a government-sponsored infringement on religious belief. But my complaint isn’t only that it violates the First Amendment. I’m outraged over their underhanded manipulations, hiding that violation just well enough to make it appear innocent – unless you know enough to realize that every question is also a statement.

So I’m sure they knew exactly what they were doing. I’m also sure they were counting on others not knowing, especially the students who would take the survey. They’d fill it out, feel its effect, and be powerfully influenced. And they’d think they were only answering some questions.

So I hope you’re outraged over the way this questionnaire violates your sex and gender ethics. Just don’t forget it’s even worse than that. It’s not just unethical based on your standards or mine, it’s unethical based on anyone’s. Anyone that, is except someone whose standard is, “Anything goes, any lie, manipulation, subversion, or professional misconduct, as long as it promotes homosexuality and gender confusion and undermines family and religion – in public schools, even.”