If You Think Your Government is an Oppressive Neo-Nazi Regime, Why Would You Disarm Yourself? 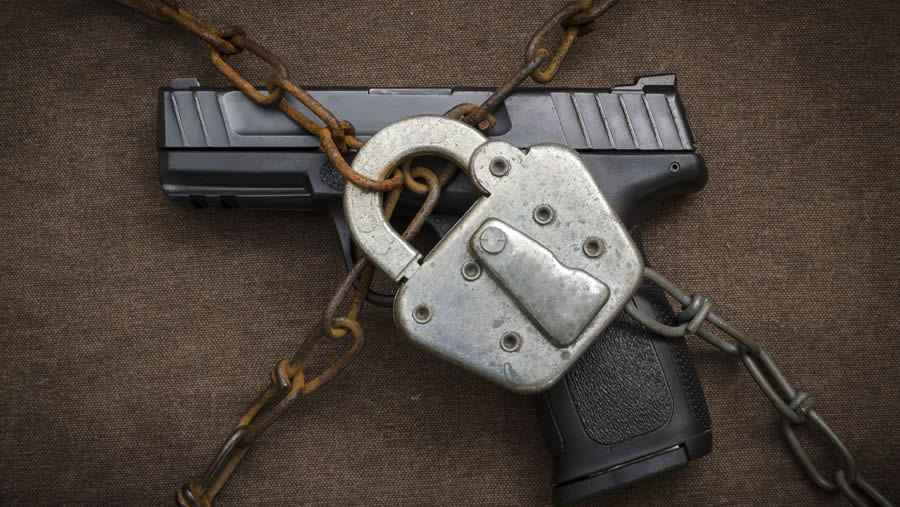 I don’t get why leftists want to empower the government to disarm people, especially given their view of the present government. You’d think they’d be the last ones to turn that much power over to a government as evil and dangerous as they say this one is.

Consider their ongoing portrayal of the man who sits in the highest office. They say he’s an avowed white supremacist. That he hatches plans to build concentration camps into which those of the ‘impure’ races will be forced. They suspect this tyrant and his minions would like to take away the rights of women over their own bodies, a la The Handmaid’s Tale.

Alarming, isn’t it? My point here isn’t about the reality; it’s about their perception. These are the claims they are making about the U.S. government at the highest level. So how would reasonable citizens respond to the prospect of a neo-Nazi fascist takeover? Would it make sense for them to campaign for their own disarmament at such a time as this?

That neo-Nazi, fascist threat is real, according to a number of very prominent political and media voices. Leading democratic presidential candidates have said plainly that Donald Trump is either a White Nationalist or at least in league with such neo-Nazi organizations.

Bernie Sanders told CNN that “we have a president who is a racist, who is a xenophobe, and who is trying to appeal to white nationalism.” Beto O’Rourke told MSNBC that it is “very clear” that Trump is a “white supremacist.” Kirsten Gillibrand described the president as a dehumanizer of non-whites and one who “demonizes the vulnerable.” She added, “I’ve called him a white supremacist, as well as a racist many many times, ’cause he is.”

Some have gone so far as to suggest that the president sent covert commands in his rhetoric to carry out acts of domestic terrorism.

Joe Biden suggested a direct connection between Trump’s words and a terrible shooting, asking, “How far is it” from Trump’s words about immigrants to the El Paso shooter’s words?

The Left thinks the government is out of control; that we’re being led by a virtual neo-Nazi, seeking to install a fascist regime of white supremacy. Now ask yourself, would that make the constitutional right to keep and bear arms suddenly more significant or less?

Corey Booker was even more direct about the shooting: “I want to say with more moral clarity that Donald Trump is responsible for this.” Elizabeth Warren told The New York Times that Trump “cozies up to the white supremacists,” and wants “to get brown people and black people out of this country.” Julian Castro told ABC News that Trump is a racist who “seems to believe that white people are somehow above other people.” Other candidates including Kamala Harris and Pete Buttigieg have said essentially the same things.

It’s not just politicians. The dominant media is also busy warning the country of Trump’s diabolical efforts to subject the nation to a coming reign of white supremacy. His strategy includes a campaign of white terror in the form of mass shooters, along with “concentration camps” for non-white immigrants. That was the word Alexandria Ocasio-Cortez used repeatedly several weeks ago. Many in the media have echoed and defended the charge.

Similar warnings have gone forth on laws restricting abortion. After Alabama passed such a law, media figures and presidential candidates immediately invoked the dystopian Handmaid’s Tale, suggesting our government would like to turn women into birthing slaves.

A Simple Question of Logic

So it sounds like the Left thinks the government is out of control; that we’re being led by a virtual neo-Nazi, seeking to install a fascist regime of white supremacy. Now ask yourself, would that make the constitutional right to keep and bear arms suddenly more significant or less? Is now the time to erode and undermine that right, if that’s what you think is going on?

History shows that disarming the citizens is part and parcel of fascist governance. In 1918, once the Soviets had sufficient power, they mandated that citizens relinquish all firearms, under penalty of law. Historians point to this as a key to all of the terrible years of oppression and suffering that would follow under Soviet rule.

More famously, Hitler signed the Gun Control Act in Germany in 1938. A few weeks later, with the nation sufficiently disarmed, came the infamous “Night of the Broken Glass” that terrorized the Jewish community. It is clear that the Third Reich saw extreme gun control as pivotal to their plans.

More recently, Venezuela’s crisis of oppression was made possible largely by a sequence of gun laws that more or less disarmed the citizenry against the tyranny to come.

Surely those who are warning us that Trump is a Nazi who is building concentration camps — surely they of all people would want to be on the forefront of making sure the Second Amendment is protected for such a time as this. Right?

Wrong. The same people who see us marching toward white supremacist rule are, at the same time, seeking more restrictions upon the citizens’ freedom to protect themselves from such a threat. They might answer, “We don’t want people on the right to have guns, so we’re willing to give up ours, too.” But if Trump is behind white terrorists’ gun violence, do they suppose his supposedly evil regime would disarm them? Wouldn’t he simply confiscate everyone else’s guns? It seems to me that opposition to citizen gun rights at a time of violent white supremacist rule would contribute to the oppression of non-white Americans.

To put it simply, weakening the 2nd Amendment during a Nazi revolution is terribly racist in a way that is sure to get a lot of people killed.

They might argue that Trump is on his way out in the next election. Again, though, history reminds us that fascists and dictators manipulate the voting process. Indeed, the left accuses Trump of doing just that to get elected the first time — before he had political power. Should they feel good about letting the state use its power to restrict gun rights, while crossing their fingers in hopes the state wouldn’t rig elections to keep that same power?

Of course, the “fascist” and “Nazi” accusations against Trump are outlandish, bordering on silly. Such slander reflects the moral bankruptcy in our political climate. But the Left’s actions still don’t add up. Their messages are conflicting, confusing, self-contradicting. When a government is stable, trustworthy, and kept in check under the rule of law, then a citizen might not feel so uneasy about certain gun restrictions, for the sake of keeping evil or crazy people from getting them.

But according to the Left, our government is unstable, completely untrustworthy, subject to a new-Nazi madman’s whim. Yet they want allow that government to grow larger, with more tax dollars at its disposal, holding more power over the individual, and with a weaker Second Amendment?

I don’t get it. But then, the Left has never put a high value on logical consistency.