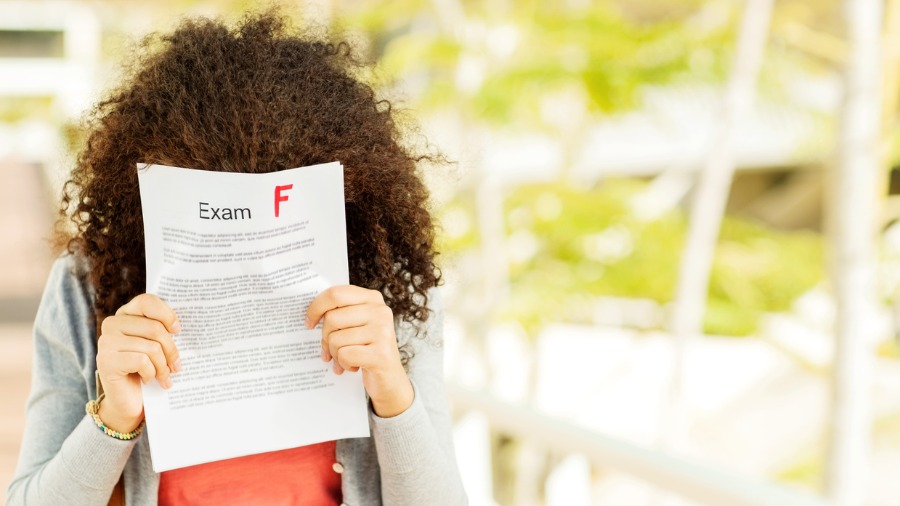 A community college student recently complained to me about her history course. Her professor assigned a seriously anti-American book.

But this isn’t your typical college student. She immigrated to America some 30 years ago as a child from the former Soviet Bloc. When her essays include the observation that America was founded on the principle of ordered liberty, she gets push-back. Is the professor’s bias hurting her grade? She thinks it might be, but how can she be sure? What should she do?

Atheism, Agnosticism, and Liberalism: All More Common Among University Faculty

Academia tilts to the left politically and to the agnostic/atheist side religiously. As of 2009, the last time an exhaustive study was published, some 24-37% of college professors identified as agnostic or atheist. It increased the more prestigious the university.

Is the professor’s bias hurting her grade? She thinks it might be, but how can she be sure?

So if you’re looking for atheists, agnostics, or committed liberals, your odds of finding them among college faculty are better than many other places. Some of this is regional. The Midwest and South are more religious and conservative. But across the country, Christian and/or conservative students are often faced with faculty who don’t share their convictions.

Everyone is biased in the sense that we all have opinions, preferences, likes, and dislikes. But don’t equate a personal bias with a grading bias. Your professor can be an atheist and be fair to Christians (or via versa). It’s possible. I’ve experienced it on several occasions. I also know many Christians who teach in non-Christian environments. How would they like it if their students assumed that Christians can’t treat non-Christians fairly?

Jesus taught us: “Do unto others as you would have them do unto you” (Matthew 7:12). Don’t assume grading bias. Start by giving your professor the benefit of the doubt. That is, assume that even if she’s personally opposed to your viewpoint, she’ll be fair.

Show That You Understand

I think it was Stephen Covey who said that successful people “seek first to understand, then to be understood.” That may not come naturally, but like a healthy diet, it’s a habit that can be formed with effort, after which it becomes easier. You will be more persuasive if the other person feels you’ve first understood them. Space limitations can make this tricky, but in writing assignments try to begin with a fair summary of the view you plan to critique. No straw man. Put your opponent’s perspective in the best possible light. And don’t impute bad motives. You wouldn’t want them doing that to you. It’s amazing how much your professors will appreciate you taking the time to understand the perspective of that anti-American author whose book annoys you.

If you do get a low grade, it’s good to seek out your professor privately. But not to negotiate a better grade. At least not yet. First, you want to give her the chance to tell you how you can get batter. At this stage it’s also wise to look for explicit language in the syllabus about grading standards. The syllabus is something like a contract between a professor and his students. Before asking the professor to invest time in you privately, make sure you’ve read what he’s conveyed to his students collectively.

Ask specific questions. Which parts of the essay were most problematic? Why? How could they have been better? I remember that my freshman year philosophy and English professors willingly met with me one-on-one to go over how I could write better. They taught me to cut stray thoughts mercilessly and to have a clear flow to each essay.

Now if in explaining how you can write better your professor makes fun of what you believe — not how you explained it, but the beliefs themselves — tuck that away. Briefly document that for your records.

So let’s say a few weeks go by. You’ve gotten help, are trying hard, but your scores still seem unreasonably low. What’s next? Gathering data. The goal is to be able to make an objective case. Any of these can be helpful:

Let’s say you find a pattern that indicates your professor may be acting on his personal bias. Google that professor — ratemyprofessors.com, for example — to see if other complaints have been logged. Go back and try one good conversation with your professor. Something like this, “Dr. Jones, I know we’ve talked about my grades in your class, and I’ve been trying to improve. But I still can’t understand why I’m not getting higher scores. I’ve done (or am doing) much better in similar classes. What am I missing?” Listen attentively.

Appeal to a Higher Authority

The final step is to appeal to a higher authority. Many colleges have a student appeals committee that hears grade complaints. The protocol may require that you first meet with the Dean. Either way, the idea is that a higher court will now weigh in on the situation. It’s best to do this after your final grade for the semester has been posted. Bring in all your evidence and make your case respectfully, knowing that the committee will give your professor the same opportunity. Professors who are regularly called upon to defend their grading become famous with their administrators, and not in a good way.

Others may differ, but I think overt grading bias is rare. Derisive remarks in class? Not uncommon. Lack of free speech on many campuses? Sure. Examples of political correctness run amok? Ditto. But I’d distinguish between these and grading bias.

Still, it can happen. If it does, stay cool, follow the process, and entrust yourself to the one who judges justly (1 Peter 2:23).