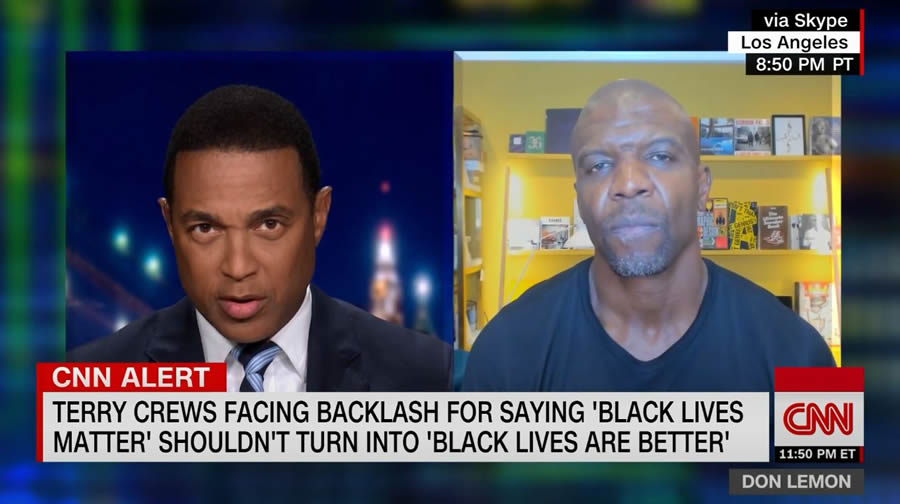 These are perilous times. But they are not serious times.

These are perilous times. But they are not serious times.

At a White House briefing, Politico‘s Ryan Lizza asked, “Does President Trump believe that it was a good thing that the South lost the Civil War?”

No serious person asks that question. Especially amid a powder keg of ginned up racial tensions, a serious person does not slander the U.S. president by implying he’s bummed about the end of slavery.

Standing on a Platform Made of Hypocrisy

These are perilous times. Dangerous times. Revolutionary times. But they are not serious times.

While working on a story about “peaceful protesters” in Washington, MSNBC’s Andrea Mitchell was nearly attacked by a male protester in a pink bikini. We could stop right there. But we go on.

She was standing with DC congressional delegate Eleanor Holmes Norton. Norton yelled, “Where are the police when you need them?!” The ladies were standing on a Defund the Police mural DC’s mayor allowed to be painted on a city street. In Black Lives Matter Plaza.

Seattle’s Mayor Jenny Durkan was a cheerleader for the militants taking over downtown Seattle and creating a violent Marxist enclave called CHOP (as in the guillotine.) This occupied zone was going to be a “summer of love.” That is, until those same militants came marching to her front door. Suddenly, CHOP was a danger. She ordered CHOP dismantled.

So much for her “summer of love.” If you’re going to Seattle, San Francisco or any Democrat-controlled major city, be sure to wear a flower in your hair. And body armor.

These are perilous times. These are not serious times.

Democrats raged President Trump didn’t take immediate action against Russia on the basis of unconfirmed reports Russian intelligence officers had offered a bounty to the Taliban to kill Americans. When the Taliban was happy killing Americans for free. (These are the same Democrats who were silent when Iran did put a bounty on American heads, and Obama punished them by providing Iran $1.8 billion in cash, access to billions of dollars and a path to a nuclear bomb. The same Democrats who raised a fit when Trump took out the Iranian general who was actively leading the effort to kill Americans.)

After spending a week hitting the President for supposedly not protecting American troops in Afghanistan, these same House Democrats passed a bill attempting to stop Trump from removing those same troops out of Afghanistan. Out of harm’s way.

And, suddenly, the Russian bounty story disappeared. Right after it was revealed Rep. Adam Schiff had been briefed on the allegation back in February, and didn’t think it worthy of telling any other members of House Intelligence Committee.

These are perilous times. These are not serious times.

In many Democrat controlled areas, you could not gather to celebrate America’s Independence Day. But you could march with those aiming to destroy America. Walk in a parade dressed as George Washington? Sorry. Go chop cherry wood. But March with a mob to tear down a statue of George Washington? Go with Gaia.

California Governor Gavin Newsom shut down bars and restaurants across his state. But you can still go to tastings at his winery. (Thanks James Woods)

With antics like this, no wonder liquor sales are through the roof.

One, Two Three, What are We Marching For?

(Borrowing from Country Joe McDonald) “One, two, three, what are we marching for? Don’t ask me, I don’t give a d***. Next stop is CNN.”

For over a month now, hundreds of thousands have been waving the “Black Lives Matter” banner. Pouring millions into the organization. Hollywood’s been paying the bail of rioters jailed. They’ve been insisting it’s about the lives of blacks. Time to climb down off the high horse and give a listen to CNN’s Don Lemon.

Last night Lemon was interviewing the great actor Terry Crews. Crews was trying to talk about black-on-black crime. Because, well, the lives of all blacks matter. Lemon cut him off, and let slip the sinister bloody secret. The Black Lives Matter movement is “not about what’s happening in black neighborhoods.” Not about black-on-black crime. Not about black lives. If that’s what you want, Lemon told Crews, “Start a movement with that name.”

Get that? Black Lives Matter. Only the lives impacted by harmful acts by white police officers matter. Only the acts that can be used by this Marxist outfit to divide and inflame and undermine the United States matter.

This Fourth of July weekend alone:

11-year-old Davon McNeal was killed by a stray bullet on his way to a community cookout in Washington, DC.

8-year-0ld Royta Giles, Jr. was shot in the head while at mall in Hoover, Alabama.

6-year-old Jace Young was killed at a birthday party in San Francisco.

7-year-old Natalia Wallace was shot in the head while standing on her grandma’s sidewalk in Austin.

And 8-year-0ld Secoriea Turner was murdered by protesters in Atlanta near the Wendy’s were Rayshard Brooks died. Protesters supposedly protesting police brutality. Secoriea was in a car attempting to drive around illegal barricades set up by those protesters, just trying to reach a parking area. Fox News reports, “Armed individuals blocking the entrance opened fire on the vehicle, striking it multiple times, striking the child.”

These are precarious times. They are heartbreaking times.