There’s Something Worse Than Fake News 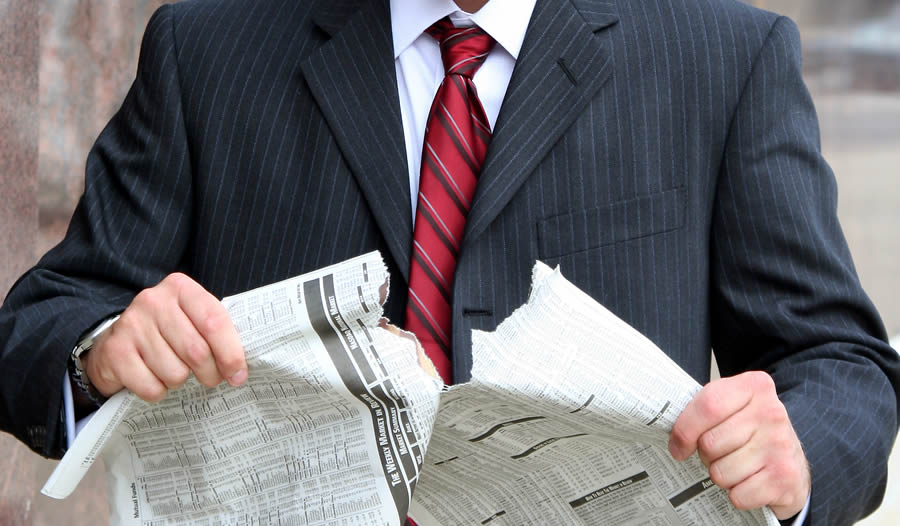 All of us are bound to feel offended from time to time. It’s part of being human. What happens, though, when being offended is a permanent or chronic condition? We’ve heard a lot about fake news in recent days, but I’ve noticed something that concerns me at least as much if not more: fake controversies.

If fake news pollutes the public discourse with falsehoods and confusion, fake controversies pollute it by manipulating emotions and fanning the flame of people’s offendedness.

Maybe you’ve heard, for example, about NFL Hall of Famer Jerry Rice’s commercial for Popeye’s Chicken? In it he wore a “taste-mask” comprised partly of a drumstick rotating in front of his mouth. Along came the headlines inciting people to be offended. “Jerry just set black people back 437 years,” wrote one man in response. “Thanks, Jerry. We’re slaves again.”

Fake controversies are not a matter of false information. Their manipulations are more sinister and subtle.

Then there was the tweet by Jerry Seinfeld, giving a quick shout-out for an upcoming episode of his internet series Comedians in Cars Getting Coffee. Seinfeld made a pun on the name of his guest Lewis Black by tweeting “Black’s life matters.” Another headline was born, with purportedly outraged readers calling it “offensive” and “lame.”

I’m not suggesting that legitimate controversies don’t exist, or that there is nothing to which a person might rightly take offense. I am distinguishing real controversies from fake ones. In a certain context, a black man wearing a fried-chicken-enhanced helmet could certainly be seen as a mean-spirited kind of stereotyping. But that is clearly not the case with the Popeye’s advertisement. Popeye’s just happens to specialize in fried chicken, and their celebrity pitchman happens to be black.

This is non-controversial, unless you are searching diligently for material from which you can craft an inflammatory headline.

These fake controversies can be worse than fake news partly because they are more insulting to our intelligence. Their headlines are sensationalized to lead you to believe that somebody must have really “stepped in it.” Typically, however — if I may pay homage to the aforementioned Mr. Seinfeld — the story turns out a controversy about nothing.

It isn’t hard to figure out what’s behind this trend. These stories are click-bait to lure readers to a website. Anything salacious enough to catch the eye will do. People can’t resist reading about what famous personalities have done to get in trouble.

These stories do not need fact-checkers, for the facts are not at issue. Fake controversies are not a matter of false information. Their manipulations are more sinister and subtle. The writers want to persuade you that you ought to take offense at what you’re reading.

Purveyors of fake controversy are shameless enough to exploit any situation. Just after the death of actress Carrie Fisher, a writer for the Huffington Post invented a controversy about a tweet by actor Steve Martin. He had written, “When I was a young man, Carrie Fisher was the most beautiful creature I had ever seen. She turned out to be witty and bright as well.” The article’s subheading called this a “sexist tweet,” and Martin soon deleted it.

This pretended outrage can blind us to more substantive matters, or make us fail to notice and address genuinely terrible offenses against humanity.

The game is so easy, even the most untalented and unoriginal writers can play. Famous tweeters supply enough material to work with every day. All you need is to isolate one that could have the slightest potential to offend. In such a huge population of followers it is statistically likely you’ll find someone taking offense. This allows you to talk about there being a “backlash” or “controversy.”

The famous targets or victims of fake controversies are partly their enablers. Fear of political incorrectness robs them of the fortitude to stand up to those pretending to be offended. It’s easier to match fake outrage with fake apologies. Once you appease the petty gods, you hope quietly to move on.

What a strange ritual. We build offensive straw men so that the public can experience the brief emotional high of pretended outrage. This is unhealthy for the public mind. It skews our perspective by tempting us to waste emotional energy on fake controversies. It can blind us to more substantive matters, or make us fail to notice and address genuinely terrible offenses against humanity taking place in the world.

We should stand up to this and call it what it is. We should identify it as shallow, petty, banal and manipulative. We can and must be better than the manufacturers of fake controversies think we are.

The Drumbeat of Snake News

‘Veggie Tales’ Is Racist and Don’t Bring Home the Bacon