My TED Talk explaining how to join the global elite 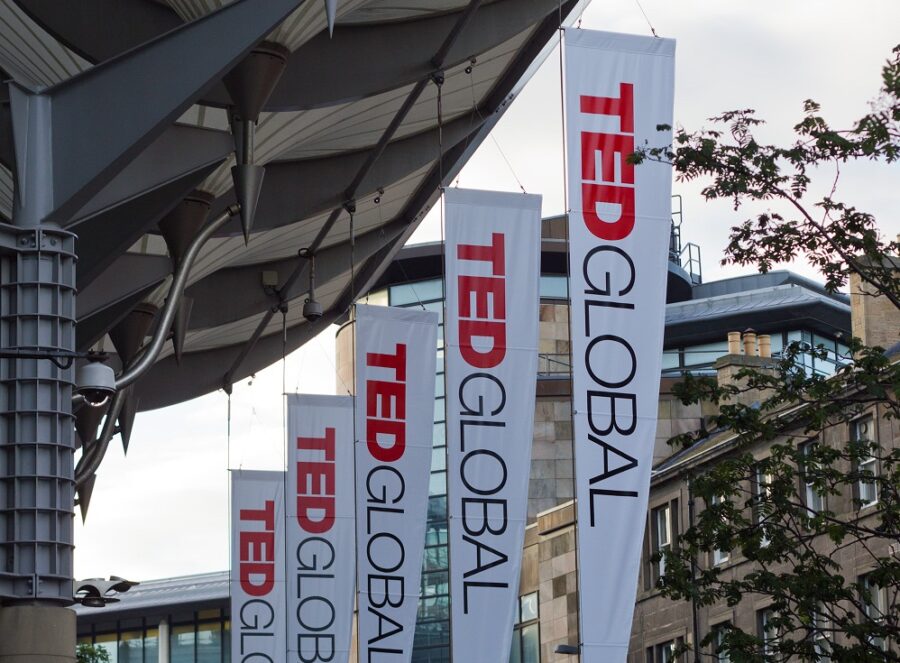 Thank you all for coming. In accord with our agreement that this would be a closed session, with only our most trusted friends among the media, I’ll ask that everyone switch off any recording or transmission devices. Certain truths are only fit for the choicest ears, I think we can all agree. I’ll wait a moment while you all take care of that. … Thank you.

I’d like to start with a question: How did we get here?

Now you might take that question literally, and think, “I flew in a Gulfstream.” Or if you’re having a bad financial quarter perhaps, “I flew Air France Business Class.” Don’t be embarrassed. It happens to the best of us. You might reflect on all the carbon credits you dutifully purchased to offset the footprint of your trip. Somewhere, little brown hands are planting some trees in the Amazon, or closing a coal plant, or tying some woman’s tubes, to make this trip of yours sustainable.

Maybe take a moment to offer some grateful thoughts to the little people who do all that for us, who make our meetings possible. They don’t know what we’re up to here. They wouldn’t understand it if they did. And of course, we must make it our business that they never, never find out. But still. Send out a vibe to the Universe on their behalf. Karma isn’t our dogma, but it is at least a mitzvah.

In a much deeper and broader sense, though, how did we get here? How did each of us … arrive, if you will? What road did each of us travel to become a part of what it’s tactless to admit, at least in public, is the planetary … elite?

The Frontal Lobe of the Global Brain

I know, I know, I see some of you cringing. Part of what greased our paths to these our niches at the top was carefully avoiding blunt talk such as that. But we’re in private now. We can speak candidly here, among ourselves. It’s just us globalist conspirators here. (LAUGHS)

We weren’t all born members of some royal family — though to those of you here today who were, let me congratulate you on your careful choice of parents. Not all of us inherited enormous wealth or power. For that matter, mere money or political clout isn’t sufficient to qualify someone here. I don’t see any members of the Trump clan, not even Jared. No Texas oil barons or Brazilian cattle kings.

While wealth and direct political influence are important to what we’re doing here, they aren’t who we are. And what is that? Who are we, and what is our function? You might say that we’re the frontal lobe of the global brain, the queens and consorts of the hive mind. We are the conscience of the species, its resource of mindfulness and careful planning for the future. And to qualify for that, you need something quite above and beyond a fat bank account or a political machine.

No Idiots, No Geniuses, No Prophets

But what was that thing? What qualities unite us? Was it a collocation of accidental attributes that landed us here, pulling the strings and writing the scripts for 7 billion people, who need our guidance more than they could possibly imagine? Or was it one big thing, one powerful, simple quality or charisma that marked us out from the rest?

Was it mere, blunt IQ? Absolutely not. I’ll be so bold to say that here among us, we have many more people in the center of that bell curve, or slightly above average, than we’d find on a given morning in Grand Central Station. We have very few outright idiots, and virtually no geniuses. People like that don’t fit our mold, can’t work with others, and tend to hold views you and I would consider extremist. Someday, geneticists may find a way to neutralize the chromosomes that produce such freakish outliers, and let’s hope that it’s soon. But for now, we just avoid them.

Did hard work bring us here? No. The people in this room don’t work as hard as your average greeter in Walmart. But we work smart, we work in tandem, we work more effectively in the long run than any passel of errant geniuses. And that’s part of our secret.

Let me posit one final quality, which some of the less self-aware here among us might imagine made the difference: Originality. That has a nice ring to it, doesn’t it? Some old-fashioned nostalgia left over from reading the Romantic poets might drive us to think, “That’s it, that’s what set me apart and bought me my influence!”

The New Needs of Our Species

Am I right? Does that resonate with you emotionally? Tickle your vanity, perhaps? Well, let me be the buzzkill here. None of us here is original, not in the remotest degree. And in fact that is why we are here, what made our accomplishments possible, and paid for the Gulfstream that’s going to fly us back home to Manhattan, to Hollywood, to the Côte d’Azure or Seattle.

For millennia, our species desperately needed fresh, original, unconventional minds, to help it progress economically and technologically. So we had to endure the side-effects of granting influence to eccentrics, non-joiners, rebels and iconoclasts. We had to valorize and reward independent thinking, freedom of speech, an uncensored press and academic autonomy. We cherished “edgy” writers and artists, religious prophets and spiritual innovators. There was no other choice, when most of the planet was still cooking its food over dung fires and dying like flies from childhood illnesses.

But that phase in the evolution of our species has passed. We now have overabundant technology, and too much wealth too widely distributed among the population. It’s time for a Great Reset, to Build Back Better.

We have too many outlets of debate and information, which only encourages anarchy, extremism and misinformation. The time has come for us to say, “Enough!” and with a firm handle to throttle this runaway train, before it further devastates the biosphere, and empowers reckless populists who’d like — let’s just be honest — to hang each and every person in this room from lamp posts.

And you and I, and every single person here, is exactly qualified to do that, to shut down the oddballs, to silence the crackpots, to exile the outliers and quash the dissenters. That’s because of the evolutionary adaptation that brought us here.

We are joiners. We’re ALPHA sheep. Whenever we were in a crowd — in class, at work, or engaged in intellectual discussions — we had the instinct more profoundly than most to sense where the Collective was already going, to detect how the flock was turning. And in lockstep, we went there. In fact, we got out in front, so we even seemed like leaders. We never went a millimeter too far to the left or right. We never lagged behind. We had an inborn instinct to sense where the herd wished to go, so we could confidently trot right up at the front.

That collective instinct, that sense of the Hive if you will, is what distinguishes you and me from the weirdos in the comboxes, from the rednecks at NASCAR races and the goobers praying in church. It’s what unites most graduates of elite colleges today, and virtually every influential attorney, political leader, responsible church pastor (such as Pope Francis!), and member of the media.

We are the future of the human race, if it has one.

We Lead and Cull the Herd

We know what the other 7 billion people on earth need, because we were born to see it. We sense where they’re heading, and so we conduct them there — more quickly, safely, and efficiently than they could manage otherwise. We spot the black sheep, the lame steer, the overly spirited stallion, and cull them from the herd. When we find worker bees that are slacking or hogging the nectar, we expel them from the hive.

That’s our calling, our creed, and our point of pride, if you will. It makes us, inexorably, the masters of the future. It also renders us conveniently invisible. That’s quite a combination, I think you’ll agree.

Against Red China and the Neoliberal Globalists — But I Repeat Myself