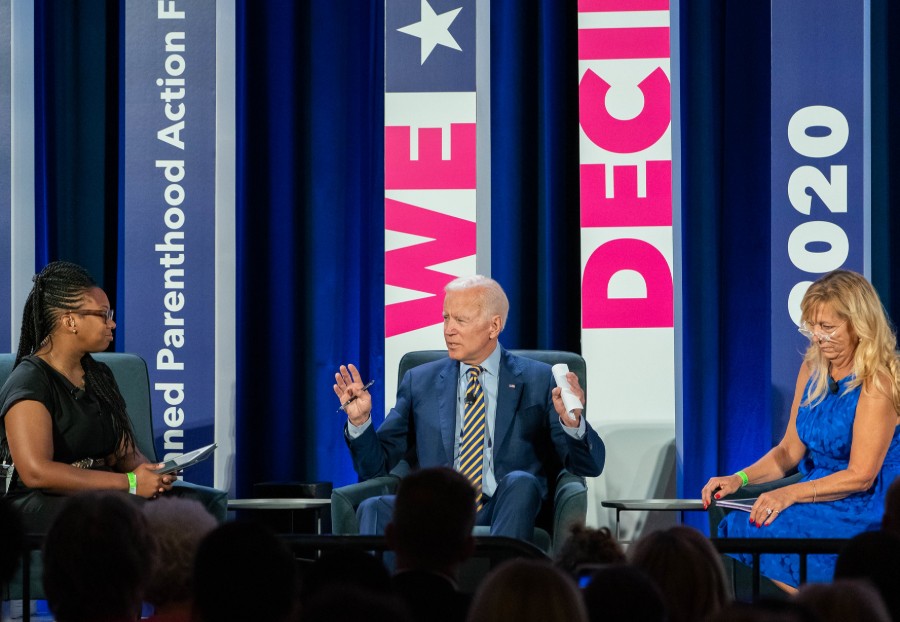 By Jennifer Hartline Published on October 6, 2020 •

The effort by so many Catholics to make a “Catholic case” for Joe Biden is irrational. It makes as much sense as a case for a pacifist assassin or a meat-loving vegan, except it’s worse because it reduces the Christian faith to social causes and platitudes.

In Our Sunday Visitor, Sam Rocha recently wrote an editorial attempting to make a “Catholic case for Joe Biden.” Rocha bases his argument on two principles: social realism and minimal reason. Social realism involves recognizing that we have only two realistic options for this election. We may desire better options and wish to choose a write-in or third-party candidate or abstain from voting, “but these reflect an individualistic rather than social option, because they are ultimately forms of self-expression, not public participation. Social realism, then, asserts that there are only two real and social options: President Donald Trump or former Vice President Joe Biden.”

That’s a true statement as far as it goes, but Rocha fails to mention that Catholic teaching also clearly states that not all issues have the same moral weight or importance. Some issues truly do take moral precedence and so must take precedence in the voter’s decision-making. As issues go, the Right to Life ranks as preeminent over all else.

Why? Because Biden’s platform is laid out in “48 parts on his campaign website, each responding to a particular policy, issue and interest group. At minimum, this platform shows an ability to listen and take counsel …” (Shouldn’t we ask what sort of counsel, from whom?)

A Biden/Harris administration would advance grave moral evils in our society, evils Catholics are obliged to vigorously oppose.

Rocha claims that since Trump has met with Republican resistance to his policies or actions, it demonstrates he is unable/unwilling to listen and take counsel. That’s an unconvincing argument. Career-politicians bristling at a man who will not do things their way is hardly proof of an inability to take counsel.

For Rocha, this means Trump lacks minimal reason and is irrational. He asserts that this makes the principle of minimal reason as he described it “a proportional moral and political criterion” for voting for Joe Biden.

Rocha’s entirely subjective opinion that Trump lacks a willingness to take counsel is suddenly morally equivalent to Biden and the Democrats’ open promotion of abortion-on-demand; their vow to codify Roe into law; their vow to use taxpayer dollars to fund abortion; their vow to restore more taxpayer funding to Planned Parenthood.

Rocha adds, “Catholics will surely not agree with every proposed policy or issue, but in Biden the principle of minimal reason is sufficiently present to a degree that one cannot find in Trump.”

“Not agree”? Is that the standard here? That’s funny, I thought Catholics had a duty to actively oppose moral evils, not merely “not agree” with them.

A Few of Those 48 Points

And what of “every proposed policy or issue”? Shall we look at the actual moral content of the issues in Biden’s platform (on which he’ll listen and take counsel)?

His “Agenda for Women” commits to everything I mentioned above regarding abortion. More, more, more. No restrictions whatsoever. No legal protection for any business owner who declines to pay for contraception/abortion coverage. “Devout” Catholic Joe Biden and his henchwoman, Kamala Harris, will soon have the Little Sisters of the Poor back in court.

His “Plan to Advance LGBTQ+ Equality”: He promises to enact the “Equality Act” within his first 100 days. Catholics who do not know what this Act entails and what it will mean MUST find out before November 3rd, especially those who care about women. It is most deceptively named. Biden boasts of his record of becoming “the highest-ranking U.S. official to support marriage equality” in 2012. Meaning, he openly rejects Church teaching about marriage, and he is proud of it. This “devout” Catholic has officiated at a same-sex wedding. (Is it minimally reasonable to be morally incoherent?)

Men claiming to be women must have the “right” to female-only spaces, says Biden. Women’s shelters, for example, should not be able to deny men entrance. Bathrooms, locker rooms, changing rooms, every public female-only space will cease to be if Biden and the Equality Act take over. Any male can claim womanhood and Democrats say women better shut up and not complain.

To recap, Joe Biden openly rejects his Church’s teaching on such grave moral issues as the sanctity of life, marriage, and God’s design of the human person as male and female. These are not issues about which faithful Catholics can merely “not agree” with him. A Biden/Harris administration would advance grave moral evils in our society, evils Catholics are obliged to vigorously oppose.

I’ve asked myself lately, “If they just built 3-story high statues of Baal in every city and had the babies killed there on the steps instead of behind closed clinic doors, would Catholics still be so inclined to vote for the politicians who love Baal?”

There is no morally coherent “Catholic case for Biden.”