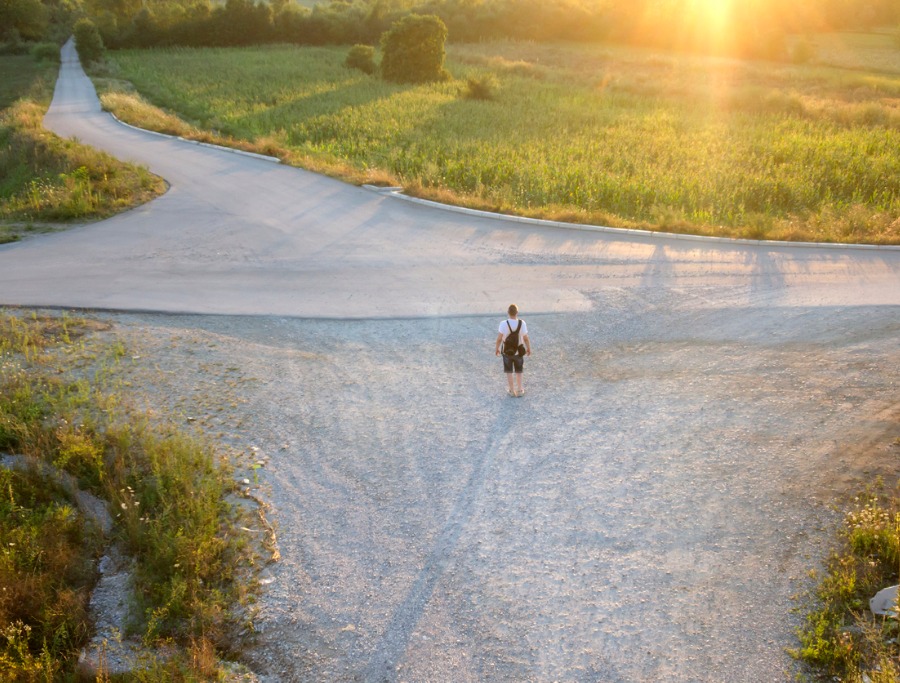 There are two fathers in the invisible, supernatural realm of the spirit. Everyone on earth is influenced by these powerful forces: one to our benefit; the other to the demise of everything pertaining to life and godliness.

One of those fathers is the Creator of life, truth, freedom and matchless blessings. The other is the father of lies, dissension, division, death, destruction and endless curses. Those with eyes to see and ears to hear can discern and recognize which father is being heard and allowed to be in control of personal lives. There are visible manifestations revealing which father is being followed.

The heavenly Father wants a family through whom He blesses all families — the nations of the world. His love is unconditional and flows with redemptive power to transform hearts and minds from now throughout eternity. He freely offers this life through His Son, Jesus Christ, who died that we might experience forgiveness, abundant life and fruitfulness in His kingdom. A kingdom here now, established in us and is not of this world.

He wants this kingdom revealed through His family, impacting in a profound, powerful, transforming way this present evil world. He wants his family to reach all who are deceived by the father of lies, defeated, living in darkness, dead right now in their trespasses and sin.

His will can “be done on earth as it is in heaven,” as true members of His family, His body, fulfill His will as salt and light. We are to be witnesses of His grace and glory — living in fullness and the fruitfulness of His Spirit for His glory and the benefit of all.

Jesus gave his life to redeem us. He is the only way to the Father and eternal life. He is the truth—the definition and demonstration of it. When we as human beings receive this priceless gift made possible through the cross of Christ and His resurrection, we are born from Above by the Spirit of God “as new creations in Christ” and “members of His body”—the church—against which the gates of hell are not to prevail, now or ever.

The Father of Lies

The only way hell’s gates prevail is when the salt loses its effect and allows the sacred and precious to be trampled under the feet of those deceived by the father of lies. Satan is fiercely attacking God’s kingdom purpose in the life of every believer.

We aren’t talking about lifeless religion and rotten, deadly self-righteousness. We’re talking about the righteousness of God in Christ, manifested through yielded lives — vessels of honor and blessings, shaped by the hands of the Master Potter, God Himself. His kingdom purpose can only be defeated when the light of His glory, grace and transforming truth is hidden by compromise, false comfort, and cowardice.

When we live totally committed to His kingdom purpose as salt and light, we become the “shining city set on a hill that cannot be hidden.” We live as “ambassadors for Christ.” We are “overcomers in this life” and “more than conquerors.” We no longer allow the tormentors to deceive us into laying down and becoming a smooth road for them to walk on. (see Isaiah 51:23) We will not be kept under the feet of the godless, anti-life forces of evil and Satan masquerading as false help and hope, but producing death, bondage, and destruction.

We must no longer allow the tormentors to walk on us, God’s truth, and His will. We are commissioned by Christ to walk on the enemy, satan, and demonic spirits like serpents and scorpions under our feet like dust. We do not walk on people. We walk on the intentions of the evil one and set captives free.

All who are deceived by Satan will lose meaningful, fulfilling life now and for eternity. All who lose their life in Christ’s kingdom purpose receive new life now and forever.

Jesus did not teach us to pray for something impossible or unimportant when He taught us to pray “thy kingdom come.” It has come and is in us now. “Thy will be done on earth as it is in heaven” can be done. Now is the time for it to be done on our watch and in our lifetime.

Miraculously, in answer to our Lord’s prayer in John 17, the fruitful, fervent prayers of a righteous remnant of believers are already bringing about the necessary course correction. Just as God promised through the prophet Joel, He is “making up for the years the locusts have eaten.” The Lord, who is our Shepherd, desires to lead us all into “green pastures” of fruitfulness, opportunity, and abundant blessings.

Those with spiritual discernment can see God is using human instruments in truly supernatural ways. It is God who is accomplishing it. Positive progress will continue if those who love God and their neighbors and other members of Christ’s body will stand together in the supernatural unity Jesus prayed for.

We will then witness the greatest spiritual awakening in history. The light of the SON is rising. The Redeemer has come to Zion, fulfilling the prophetic words of Isaiah and the writer of Hebrews (Isaiah 60:1-5 and Hebrews 12:20-29).