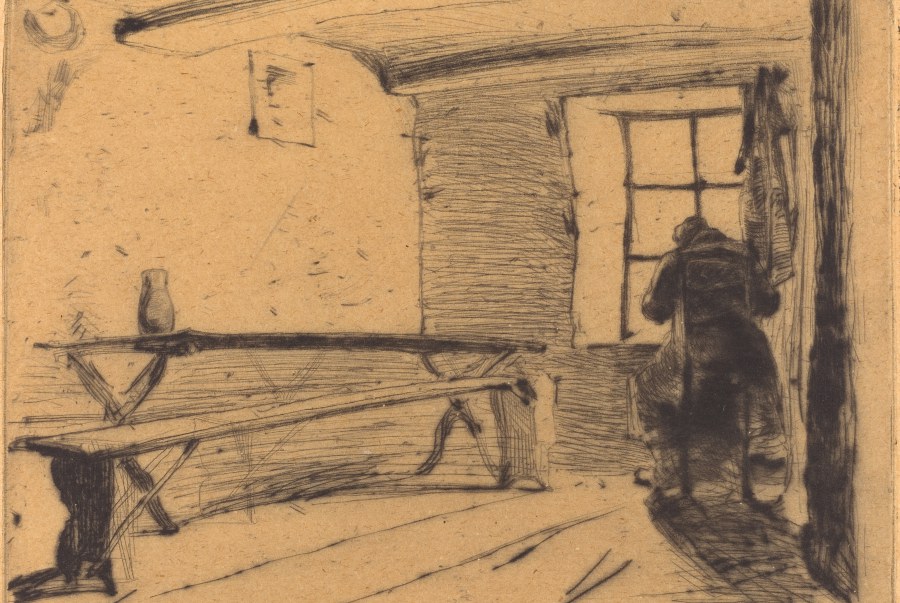 It’s a bad, bad prayer. A servant girl found it clenched in John Ward’s hand after his death in the mid-1700s. You will never have heard of him. He did nothing notable in life, though he seems to have tried very hard to make money any way he could. What fame he has is as the writer of a horrible prayer.

The English writer Edith Sitwell quotes the prayer in her book English Eccentrics. She puts Mr. Ward’s horrible prayer in the chapter on misers, whom she calls “an unpleasant form of vegetation.” Ward’s prayer begins:

O Lord, Thou knowest that I have nine estates in the City of London; and likewise that I have lately purchased one estate in fee simple in the county of Essex; I beseech Thee to preserve the two counties of Middlesex and Essex from fire and earthquake; and as I have a mortgage in Hertfordshire, I beg of Thee likewise to have an eye of compassion on that county; and as for the rest of the counties Thou mayst deal with them as Thou art pleased.

He’s not done asking God for special favors. He asks for more. Then he asks for something even worse: “As Thou has said that the days of the wicked are but short, I trust in Thee, that Thou wilt not forget Thy promise, as I have purchased an estate in reversion, which will be mine on the death of that profligate young man, Sir J. L.”

Ward was a horrible man who poisoned dogs and cats for fun. He apparently did not understand the moral law nor have any idea who God is. Sitwell writes that Ward prayed “to the God he has made in his own image.”

Do not be John Ward.

And then there’s the way many of us pray. Not great, but a lot better than Ward’s. We pray to the God who revealed Himself to us. We don’t pray, quite so much, to a God we’ve made so thoroughly in our own image.

Yes, we do make God in our own image to some extent, because we’re not holy enough to see Him very clearly. Yes, we don’t get everything right. We tend to be more interested in getting things from God than in knowing Him better. And yes, we do tend to think he likes us better than other people.

Even Adam and Eve, God’s first and perfect creations, misunderstood Him, as their conversation with Him after that event with the apple reveals. Just compare Adam’s first recorded prayer (Gen 2:23) and his (and Eve’s) second (Gen 3:8-13). He goes from a prayer of praise to lying.

Take the little girl in Flannery O’Connor’s story “A Temple of the Holy Ghost.” I happened to be reading it just after my wife read Ward’s prayer to me. I think this is where many of us are.

You may have seen the most famous line from the story. The little girl who’s the main character wants to be a saint, but realizes that’s not going to happen. “She did not steal or murder but she was a born liar and slothful and she sassed her mother and was deliberately ugly to almost everybody. She was eaten up also with the sin of Pride, the worst one.” So, and this is the famous line, because so many of us can identify with it: “She could never be a saint, but she thought she could be a martyr if they killed her quick.”

She had forgotten her prayers and got out of bed to say them. Kneeling by her bed, “She took a running start and went through to the other side of the Apostle’s Creed and then hung by her chin on the side of the bed, empty-minded.”

Her prayers, when she remembered to say them, were usually perfunctory but sometimes when she had done something wrong or heard music or lost something, or sometimes for no reason at all, she would be moved to fervor and would think of Christ on the long journey to Calvary, crushed three times under the rough cross.

It didn’t always go so well. She had the sin of Pride, the worst one. Wendell and Cory are two poor Baptist boys she, a middle class Catholic, likes to make fun of.

Her mind would stay on this a while and then get empty and when something roused her, she would find that she was thinking of a different thing entirely, of some dog or some girl or something she was going to do some day. Tonight, remembering Wendell and Cory, she was filled with thanksgiving and almost weeping with delight, she said, “Lord, Lord, thank You that I’m not in the Church of God, thank You Lord, thank You!” and got back in bed and kept repeating it until she went to sleep.

Forgetfulness, wanting to get it over with, wandering attention, unkindness, even thanking God for things we shouldn’t thank Him for, yep, that’s many of us. The great thing is that if we pray to the God who revealed Himself to us, as badly as we do it, He’ll give us the grace to get better at it. He loves us, and one of the ways He shows His love is teaching us how to talk to Him.

David Mills is a senior editor of The Stream. After teaching writing in a seminary, he has been editor of Touchstone and the executive editor of First Things. His previous article was Blowing Up Trees: A Life Lesson.

The Danger of Living a Mile Wide and an Inch Deep