An interview with Tyler O'Neil on his new book, 'Making Hate Pay.' 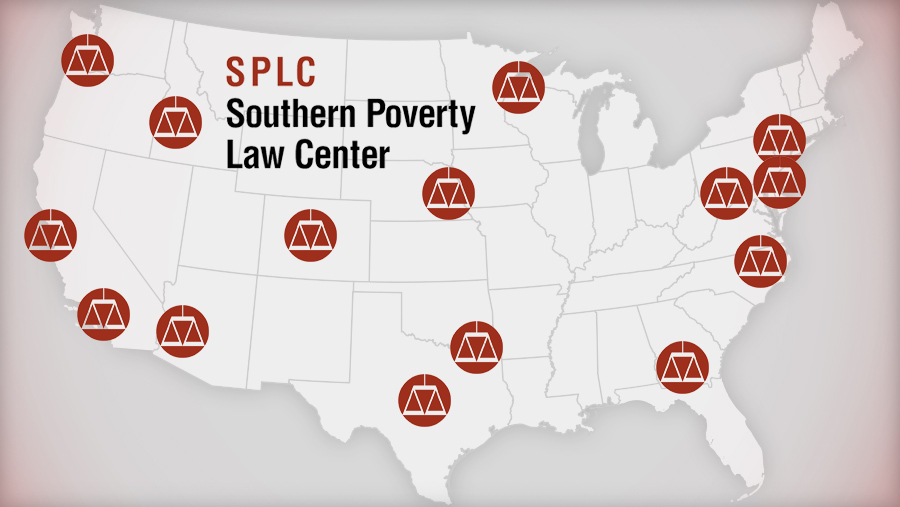 You have a new book on the Southern Poverty Law Center. How did that organization start out? What was its function? Who was its founder?

The SPLC started out as a noble civil rights organization. Its co-founder, Morris Dees, had made his millions with Millard Fuller (who would go on to found Habitat for Humanity). Fuller gave away his fortune to become a missionary. Dees sold his business and started the SPLC to belatedly help the civil rights movement he’d found himself too busy for in the 1960s. He was more focused on making money than on making waves during the civil rights movement. But he started the SPLC to help poor people in the South. 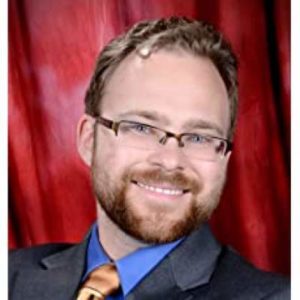 The SPLC had many notable early victories, including getting wrongfully convicted people off of death row and changing Alabama’s redistricting, allowing the first black representatives to get elected since Reconstruction. It even represented white people who got fired in “reverse racism” cases.

What has the organization become today? Does it still serve its original purposes? Or has it morphed into an ideological, partisan group with its own agenda?

Today, the Southern Poverty Law Center is a far-left smear factory. It routinely defames conservative and Christian organizations, smearing them with a “hate group” accusation that effectively equates them with the Ku Klux Klan. The SPLC still fulfills some of its original purposes by representing prisoners in human rights cases. But most of its funding and its focus has shifted to political activism. Its recent report on “hate groups,” for example. That references Trump no fewer than 66 times, with each reference an attack on the president.

The SPLC defames conservatives, pushes far-left propaganda in schools, and takes up legal cases to undermine legitimate government interests (like immigration law enforcement). In some cases, it has advocated against school choice, which helps provide better educational opportunities for kids who are poorly served by local public schools.

A Front for Political Warfare

How would you describe the SPLC’s agenda? How does it differ from the group’s purported mission?

The SPLC has become a political warfare outlet. Its agenda is to smear law-abiding citizens who advocate political policies with which the SPLC disagrees. Former spokesman Mark Potok put it this way, “Sometimes the press will describe us as monitoring hate groups, I want to say plainly that our aim in life is to destroy these groups, completely destroy them.” He later explained that the SPLC aims to “mortally embarrass” the groups it targets. 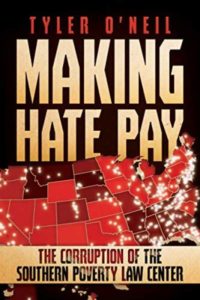 The far-left smear factory has far departed from the SPLC’s original mission and from the mission statement on the organization’s website. That mission statement says, “The Southern Poverty Law Center is dedicated to fighting hate and bigotry and to seeking justice for the most vulnerable members of our society.” Yet the SPLC actually inflames division and bigotry by targeting political opponents who are vulnerable to defamation.

Many conservatives will say that the SPLC acted nobly when it targeted the Ku Klux Klan and similar groups but went off the rails when it expanded the purview of “hate groups” to include mainstream conservative and Christian organizations. There is some truth to this. But I found that the SPLC’s strategy of going after the Klan was very controversial at the time. The entire legal team — with the exception of Morris Dees himself — resigned en masse when it became clear Dees was more focused on bankrupting the Klan than he was on helping poor people who needed legal help.

The SPLC has become a political warfare outlet. Its agenda is to smear law-abiding citizens

The SPLC arguably abandoned its original mission in the 1980s, then abandoned that newer mission when there were no major Klan groups left to sue into bankruptcy. Many small, marginalized Klan groups remain, and the SPLC makes hay out of them, but even in the 1980s the Klan had become marginalized. SPLC lawyers compared beating the Klan in court to “shooting fish in a barrel.”

The organization has been plagued with accusations of deceptive fundraising, profiteering, and ill-treatment of personnel. Do you address that in your book?

Yes, I address these claims in spades, and they date back decades. In the early 1990s, black former employees compared the SPLC to a “plantation,” saying that the organization does not promote black employees to leadership even if they had a stellar record working there for many years. Similar complaints crept out again in recent years on the confidential employer review site Glassdoor. Morris Dees also has a long history with womanizing that would make any #MeToo campaigner squirm, a history I cover in the book.

The accusations of deceptive fundraising also date back to the early 1990s. Former employees and leaders of other civil rights groups faulted the SPLC for exaggerating the threat of “hate crimes” to scare donors into ponying up large sums. Longtime death penalty lawyer Millard Farmer called Dees “the Jim and Tammy Faye Bakker of the civil rights movement,” referring to the convicted fraudster televangelist Jim Bakker and his late wife. Farmer added, “though I don’t mean to malign Jim and Tammy Faye.” Ouch.

My book’s title, Making Hate Pay, comes from a lengthy 2019 expose by Bob Moser in The New Yorker. Moser came clean about being part of a “highly profitable scam” to bilk northern liberals through deceptive hate-monitoring. These revelations arguably make the SPLC more vulnerable to defamation lawsuits, a topic I cover in the last chapter.

Andrew Sullivan has called Intersectionalism (or Wokeness) the new Puritanism. I’ve argued that it’s a substitute for Christianity, which closely mimics the psychology of revivalist Protestantism. Do you agree that the social-justice movement is, in effect, a post-Christian heresy or new religion?

I think the social justice movement is a coalition of post-Christian heresies relying on the very Christian morality they intend to reject. The SPLC pushes transgender ideology, for example. Transgenderism is a neo-Gnostic worldview. It centers on the belief that a person’s internal sense of gender somehow supersedes his or her biological sex, which cannot be altered. Yet the transgender movement’s push for “rights” is based on an understanding of individual human dignity and free will. That arguably derives from Christianity.

In the early 1990s, black former employees compared the SPLC to a “plantation.”

Much of Intersectionalism is similar. The idea that indigenous people have human rights that European colonialists violated? That traces back to the Spanish Scholastics. They condemned the Spanish conquistadors for enslaving the natives. Yet in the name of a cosmic justice championing the indigenous against the alleged oppressors, the social-justice movement would reject the noble heritage of Western Civilization. But that’s the very thing which enabled unprecedented knowledge and prosperity, thanks in large part to the values of Christianity.

Does the SPLC serve as the enforcement arm of this new, dawning orthodoxy?

To a large extent, yes. The SPLC’s “hate”-monitoring often resembles a form of inquisition. The far-left smear factory claims it is merely “monitoring hate.” But in practice much of its activity focuses on identifying social-justice heresy and reporting it to the outrage mob. The SPLC has fed information to Antifa through some intermediaries. The SPLC’s Canadian ally is the Canadian Anti-Hate Network (established with a grant from the SPLC). It openly allies with Antifa groups.

Even without any Antifa connection, the SPLC’s tactics resemble an inquisition. This far-left group condemns conservatives as “hate groups.” Then it goes to Big Tech, Corporate America, and the government. It demands that these “hate groups” be cut off from polite society. Cut off from social media platforms. Cut off from credit cards. Also cut off from philanthropy. Then monitored by the government — ostensibly because these actions will help combat the threat of white supremacist terrorism.

Megan Meier, a partner at the law firm Claire Locke, put it best. She told me:

The SPLC’s ‘hate group’ accusation is a financial and reputational death sentence, effectively equating organizations to the KKK. No right-thinking person wants to be associated with the KKK. So the SPLC’s ‘hate group’ accusation is incredibly effective at shaming organizations and causing them to be shunned by donors, fundraising platforms, service providers, the media, and others. Shaming and shunning are hallmarks of what makes a statement ‘defamatory’ under the common law.

Where It Went Wrong

Was Morris Dees ever sincere? If so, at what point do you think he went off the rails, and why? At which point would you say that the SPLC jumped the shark?

Dees has always been a consummate salesman. So he knew how to appear sincere whether he was or not. He knew that extreme causes raise money better than moderate ones. He gained much of the SPLC’s donor list from the 1972 George McGovern campaign. It is certainly possible Dees and much of the SPLC believe their own propaganda. But Bob Moser’s expose suggests there was a great deal of intentional bilking going on.

If the SPLC disappeared, which organizations would you point to as more reliable resources for identifying genuine hate groups? The ADL? Some other group? Isn’t political bias always going to be an issue with such organizations?

It depends on what you mean by a “hate group.” When challenged in court, the SPLC says its “hate group” accusation is essentially meaningless, Constitutionally-protected opinion. But it peddles the accusation to donors, Big Tech, Corporate America, the media, and government. Then it suggests the “hate group” tallies are a statistically significant measure of bias leading to violence. They often connect “hate groups” that have nothing to do with race to white supremacist terrorism.