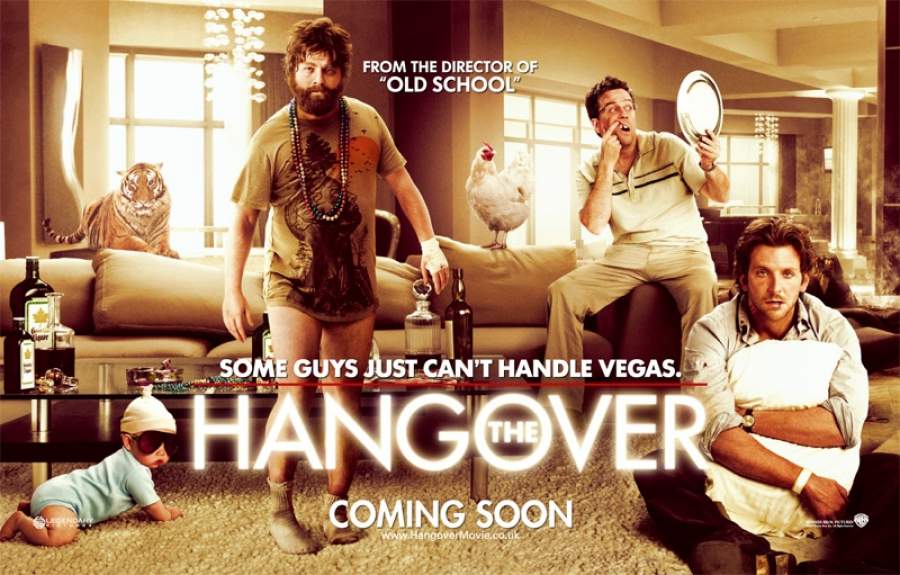 For instance, this morning, we learned that the pagan Amazon idols which Vatican officials had placed on a Catholic altar, and which Catholics had thrown in the Tiber, had been rescued. (I doubt they’re precisely the same idols, frankly — the Tiber runs fast and deep. But these cheap wooden dolls are easy enough to get at Brazilian airport trinket shops.)

Pope Francis apologized — not to the Catholics appalled at him presiding over a ceremony where the idols were worshiped. No, for the intolerance of First Commandment extremists who tossed Pachamama figures in the Tiber. The Vatican declared that they hadn’t been treated in an idolatrous fashion. (Never mind the VIDEOTAPE of that happening.)

And Francis hinted that the idols might be displayed this Sunday at St. Peter’s itself during Mass. Will people prostrate themselves before the idols again, in the chief temple of Christendom? End times enthusiasts wonder. …

And I was inspired to song:

Next Sunday’s Hymn at St. Peter’s (to tune of “Jesus Christ Is Risen Today”)

By day’s end, after my column, I’m often too worn out to read. Or even to watch One America News. Sometimes I’ve got just enough mental energy left to check out Impractical Jokers, or The Carbonaro Effect.

But some news cycles run deep and dark. Sometimes there’s just enough slaughter in the Middle East, treason in Congress, and paganism in Rome that I have no other choice. I put on World’s Dumbest Partiers and watch the college students fall face first into beer kegs. Or get in pointless parking lot fights. Or snowboard down landfills straight into emergency wards. (Tonya Harding and Frank Stallone provide color commentary.) I sit there snickering like the Deist “God” imagined by Voltaire, till bed time. Rinse and repeat.

The Hangover, in Real Time, with a Cast of Billions

One episode I saw recently featured two guys waking up bleary-eyed in a Vegas hotel room. One of them sat awkwardly stuffed into a wedding dress. A goat stood on the table, munching napkins. It was apparently a reference to a movie franchise called The Hangover, with multiple sequels. (I’m not a fan.) But from the skit I was able to gather the general gist.

Each movie starts with a group of men sleeping off the effects of wild excessive drinking, sexual depravity, and drugs. And they can’t recall what happened to them, or what dangerous things they did. Hilarity’s meant to ensue as they piece together, from the damage to their bodies, reputations, or property, exactly how “wild” they got. They genuinely don’t remember, but they’re suffering from the aftereffects.

Those movies are too dumb for me, even on a really bad news day. (Too vulgar, too.) But I think the metaphor works with recent current events. Several recent news stories, in fact, seem to be the ugly, dry mouth “hangover” from terrible ideas that society blithely accepted not long ago. Some other news stories? They’re not last night’s drink or line of cocaine but the next one. And Mammon or Caesar is whispering to us that they’re “perfectly safe,” as all “experts” agree. Only an intolerant prude or extremist would dare suggest otherwise.

In other words, “Take and eat, you will not surely die.”

Jeffrey Younger is a father who does not want his seven-year-old son James to undergo a gender “transition.” But recently it looked like his ex-wife was going to get to solely decide what happens to the boy, and she wants to raise him as a girl named “Luna.”

Georgulas enrolled James in kindergarten under the name Luna. She began telling him he was a girl when he just three years old. She said she did this because he liked a McDonald’s toy that was meant for girls. Medical records reveal that she has met with GENECIS, a gender transition clinic in Dallas. She is considering starting James on hormone suppression when he is eight or nine.

All this is grotesque and monstrous. Appalling that a local jury (here in Dallas) sided with Georgulas.

What Were We Smoking?

But why be surprised to find the billy goat pooping on top of the dining table? We welcomed him into our Vegas suite when we accepted transgender ideology. Of course, the media coaxed us into doing so with lies and sob stories. (Plus a few genuine tragic cases of people born with hormonal problems and mixed genitalia. But “intersex” people aren’t “transpeople,” we quickly learned.)

Soon, our “compassion” for a few tortured souls kicked down the doors for thuggish male athletes eager to wrestle or outrun women. (Remember Kramer on Seinfeld, preening about how he could beat all the 11-year-old kids at his karate Dojo?)

If we Christians accept monstrosities like IVF, which use misguided science to demand the gift of parenthood, what grounds do we really have for rejecting transgenderism or any other attack on human nature and its laws?

We opened the doors of locker rooms and showers to bearded boys willing to “identify” as women for a day or an hour. And women’s prisons to fully male rapists. Then children’s libraries to convicted sex offenders in drag, for story hour. And on, and on, with no end in sight till the last of Gadarene Swine drowns. (What were we drinking? Ah yes, it was the Kool-Aid.)

And of course we forgot the real victims, who didn’t fit the pre-fabricated ideological narrative. The tomboys suddenly wondering if they were “born in the wrong body” and obliged to get their breasts cut off. The boys with sexual problems ready to get chemically castrated, since therapists won’t offer them any other answers. The little kids whose arrant fantasies adults might turn into lifelong medical problems.

All that “compassion” for the “vulnerable” proved just a gateway drug, intended to batter down our natural repugnance at such perversions, with the ram of fake Christian “mercy.”

And of “human dignity,” of course. Remember that? When a Darwinist uses those words, he’s simply lying, since he believes in no such thing. Human dignity amounts to moonlight, reflected from the Sun, of those made in the image of God. If we’re mutated at the behest of Natural Selection? We’ve no more dignity or rights than apes or elephants, or even the Amazon rain forest. (So why not give them legal status, as many are doing?)

Another wrinkle. As Rachel reports, the Younger family began with a crime against nature:

Georgulas is not the biological mother of James; she had the twins implanted from an egg donor.

So she didn’t conceive little James, or adopt him. She essentially purchased him. And now she’s switching her order, exchanging him for a girl. Or else (and this may be true of most parents encouraging transgender abuse of their kids), she suffers from Munchausen Syndrome by Proxy. A hideous mental illness that leads parents to make their kids sick, so they can play the heroes by “selflessly” caring for them.

Letting the Goat into Our Vegas Suite

I’ve known serious, pro-life Christians willing to resort to In Vitro Fertilization. You know, the barnyard reproduction process that fertilizes dozens of tiny humans, picks just a few, then implants them in sterile wombs. As a by-product it leaves behind (nationally) hundreds of thousands of infinitesimal Americans, frozen forever in man-made technical Limbo. Oh and by the way, the process often results in quintuplets or sextuplets, leading doctors to pressure moms to selectively abort the “surplus” babies.

If we Christians accept monstrosities like IVF, which use misguided science to demand the gift of parenthood, what grounds do we really have for rejecting transgenderism or any other attack on human nature and its laws?

Anyone who calls us Pharisees for defending such basic human norms? He proves himself a Sadducee. One of those high priests to whom Jesus wouldn’t even deign to preach. They truncated the scriptures, colluded with Caesar, and denied any afterlife where sins might meet punishment. Does any of that sound … familiar? Think of the “Red Letter Christians” or the Jesuits … .

The Gods of the Copybook Headings

It’s not that believers wish divine punishment on our fellow sinners. It’s that we see nature itself rebelling and dealing out consequences. We helplessly shout things like: “You can’t snort Drano!” And get called “fundamentalists” for our trouble. As the brilliant Robert Reilly observes:

Journalists who have specialized in providing rationalizations for the release of our unbridled passions are clueless as to the magnitude of our national decline. That’s to be expected: they are symptoms of it. They thought the moral pigpen they were playing in was cost free; when the hefty bill arrives, they blame the waiter and try to bolt.

You may not like moral reality, but it exists without your permission. In fact—and here’s the most infuriating part—it doesn’t need your permission. Rather, you need its permission, or all kinds of bad things will happen to you.

Perhaps only Rudyard Kipling ever said it better:

As it will be in the future, it was at the birth of Man
There are only four things certain since Social Progress began.
That the Dog returns to his Vomit and the Sow returns to her Mire,
And the burnt Fool’s bandaged finger goes wabbling back to the Fire;

I feel tempted to unpack next how we ended up with Members of Congress like Rep. Katie Hill, who’s fighting to prove that her lesbian relationship with a staffer wasn’t abusive. It was just part of a perfectly consensual, healthy “throuple” polyamorous arrangement with Hill’s husband. Nothing sordid or wrong there. So the British paper The Daily Mail should take down those nude photos of Hill and her girlfriend carousing, and posing with a bong. And retract its claim that her Iron Cross tattoo has Nazi connotations.

But there isn’t space for that here. I’ll save it for Hangover II.