The Veil of Deception — Truth is Not a Conspiracy Theory 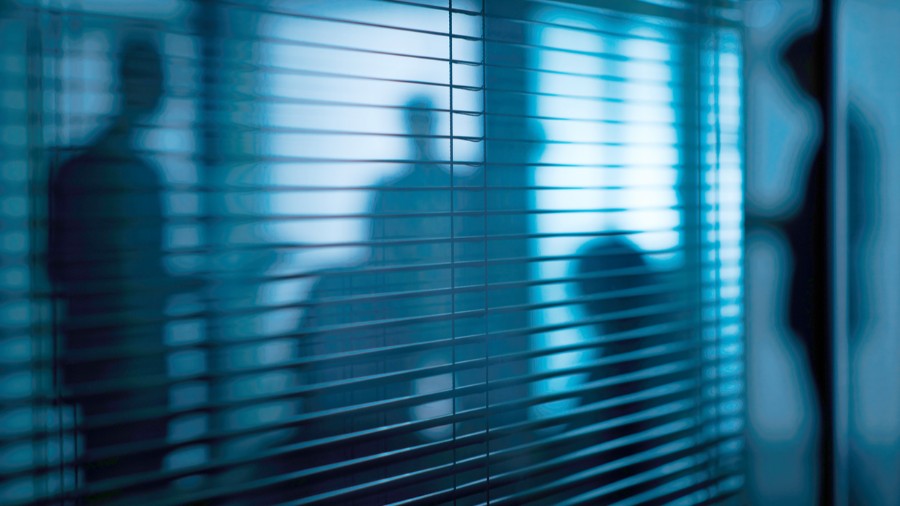 In 1787, a woman asked Ben Franklin what sort of government the Founders had given the people. He said, “A Republic,” then added, “if you can keep it.” America, with all its spots and blemishes, is still a true gift from God … if we can keep it.

As of now, we have the ability to self-govern and enjoy God-given freedoms. But the Founders also realized that religion must be the foundation for the Republic to last. John Adams made this clear when he stated, “Our Constitution is designed only for a moral and religious people. It is wholly inadequate for any other.”

The reason Christian values are so important is because they promote self-control. Without self-control, there is more government intervention, oversight and authority. As U.S. Congressman Robert Charles Winthrop said in 1849, “Men, in a word, must necessarily be controlled, either by a power within them, or by a power without them; either by the word of God, or by the strong arm of man; either by the Bible, or by the bayonet.”

Drowning in Information, Starving for Truth

We are drowning in information while starving for wisdom and truth. We are being flooded by misinformation primarily because of deception, and deception must be veiled, at least initially, to accomplish its purpose. Isaiah 33:6 offers one way to unveil deception. God reminds us that His wisdom and knowledge must be the stability of our times. God commands us to expose the unfruitful works of darkness with the truth (Ephesians 5:11). Truth is the only thing that stabilizes.

When do we ignore so-called conspiracy theories, and when do we pay attention?

And certainly we are in unstable times. Clearly forces are working to undermine God, our nation and our families.  When do we sit up, take notice, and expose the unfruitful works of darkness? I believe that we need to expose and rip away the veil of deception and recognize what we see around us when:

One form of deception is the weaponization of the phrase “conspiracy theory.” Its use is often intended to shut down inquiry, to mock and dismiss that which the user does not want examined. We shouldn’t be naive and gullible, but we also cannot disregard everything as “conspiracy theories.” If something is proven true, it’s not a theory.

This begs the question: When do we ignore so-called conspiracy theories, and when do we pay attention?

For example, to say certain government officials want to use the COVID-19 crisis as a way to control families gets you labeled a “conspiracy theorist.” But is it a legitimate concern?

For instance, HR-6666 (if passed) would authorize the Secretary of Health and Human Services “to award grants to eligible entities to conduct diagnostic testing for COVID–19, and related activities such as contact tracing, through mobile health units and, as necessary, at individuals’ residences, and for other purposes.” I can’t even begin to tell you how harmful this can become. How susceptible to abuse. To call this an overreach is an understatement — it’s a travesty. It could lead to forcibly removing sick or healthy family members from homes and tracing those with COVID-19.

Conspiracy nonsense? Ventura County said if a family only has one bathroom, they could physically remove the infected family member from their home if the others test negative. Fortunately, once this information hit the national media, the county quickly backpedaled.

In Oregon, Lindsey Graham reopened her salon business in defiance of the state. She says two days later Child Protective Services showed up at her home to interrogate her child and determine if she was a fit mother.

Granted, many elected officials and medical personnel are trying to do what’s best from their vantage point. But others are trying to push what they can to see what will be allowed. (How many politicians, for example, started pushing gun control at the start of the pandemic?)

It may sound reasonable, even wise to those who are panicked about COVID-19, to take extreme measures. But what prevents the same contact tracing and home invasions being used for whatever other reasons the government deems “essential”?

And why are we shutting down the economy for this but not other pandemics? As a matter of fact, since the 1600s America has experienced health-related epidemics such as typhoid, scarlet, and yellow fevers every 15 years or so, but we have never taken such extreme measures. Jim Garlow and David Barton gave an incredible breakdown on this during a recent podcast titled A History of Pandemics. It’s a must-hear.

An Agenda That’s Not Hard to Miss

By now, many feel that there is a clear agenda at work. I don’t have time to go into all the inconsistencies such as one day they tell us to wear masks but in other videos they tell us not to. Or why criminals are being released and law-abiding citizens are being arrested. But let me offer a few relevant examples:

The World Health Organization, at China’s bidding, downplayed the threat from the virus. They put us in danger. And yet, Facebook and YouTube are censoring videos that challenge what WHO is saying or recommending. WHO, population-control advocate Bill Gates, and Dr. Anthony Fauci are deeply intertwined. They all have vested interests in the current pandemic. Should these connections be ignored?

Journalist Sharyl Attkisson on her show Full Measure exposed the political and financial fight over hydroxychloriquine, a very cheap drug vs. remdesivir, which a lot of people involved in our nation’s health care decisions have a financial stake in. YouTube briefly removed the video. (Thankfully, it’s now back up.)

Thirdly, we see skewed numbers, fake visuals, and elevated stats to instill fear. Consider the recent story of a man dying of alcoholism caught national attention because the cause of death was recorded as COVID-19.

The San Diego Tribune just ran a story quoting Supervisor Jim Desmond as saying, “We’ve unfortunately had six pure, solely coronavirus deaths — six out of 3.3 million people.” I’m not minimizing even one death, but there is a greater chance of dying just walking down the street than from COVID-19 in most parts of the USA.

It’s About an Election

It appears that this is no longer about a virus. It’s also about an election. Why is the governor in California talking about mail-in voting in November but opened a voting center in Lancaster in May? Because the Republican Mike Garcia was poised to win (and did).

I respect my governing official and pray diligently for him and his wife and their kids. But we are reaching a point where we must lovingly ask hard questions. Irrational reactions, inconsistent policies, and a severe overreach of authority are devastating our nation. We must remove the veil of deception.

Sadly, the new deception is that if you are for freedom then you are selfish.

What’s the answer? It’s simple, but it’s not easy. We must turn back to God with a spirit of humility and not approach others with a renegade spirit of rebellion. But we need watchmen at this pivotal point in America’s history. God asked in Psalm 94:16, “Who will rise up for me against the evildoers? Who will stand up for me against the workers of iniquity?” We must be loving yet vocal. Peaceful, yet bold. “On your walls, O Jerusalem, I have set watchmen; all the day and all the night they shall never be silent” (Isaiah 62:6). So it begs the question, are you a watchman, or have you cowarded back from this enormous responsibility?

It’s not that we will never fear, but it’s what we do with the fear that matters. We have a refuge during the storm if we will run to Him. I don’t want to downplay what’s going on, but I also don’t want to amplify fear. The Bible tells us not to worry. Instead, it provides hope. It’s honest about the consequences of sin and pending judgment, but it also offers a solution: Turn to God with all your heart. This is a consistent theme in Scripture. How people respond to a crisis clearly reveals who or what they trust in. God is always the answer.

(For those interested, you can hear the sermon where this article came from here.)