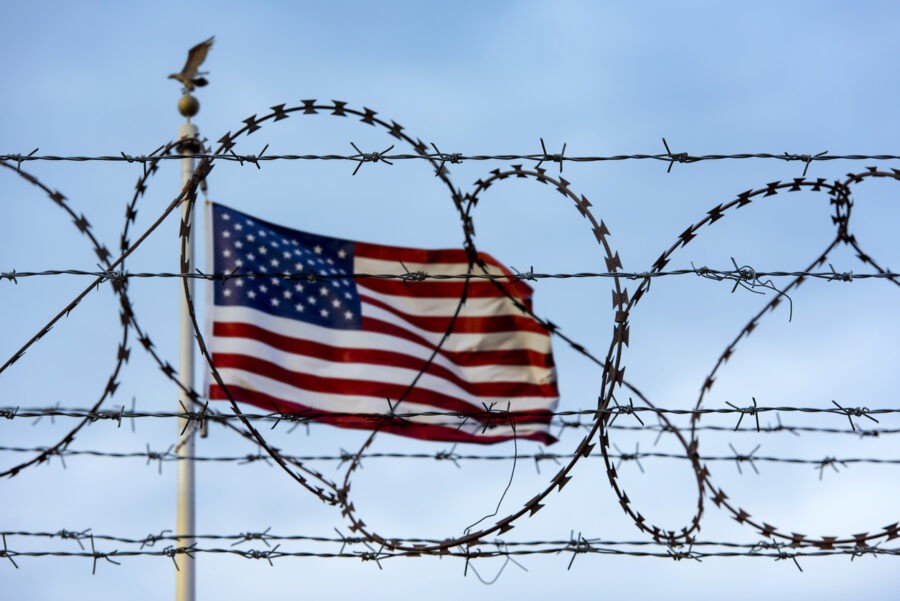 Our ruling Oligarchy has a plan. It’s not really about promoting Anti-racism, “including” gays, destroying the male-female binary, or even promoting Marxism. Those things are means to an end, hand puppets and disguises that our rulers pick up and use, then discard at will.

We must fight those evils, smash those idols, of course — if only to disarm our enemies. But we’re gullible fools who will lose if we mistake our oppressors’ weapons for their endgame. We’ll end up chasing shadows, and arguing with illusions.

No, the ruling elite in this country, from the Democrats on the far-left to the RINOs on the center-left, has a set of goals, a vision of government, and an action plan to achieve it. It has in its own mind a shining “city on a hill,” and until it achieves that Utopia, it will keep on fomenting destruction of our real, existing country.

The kind of society our elites crave and now fight to impose on us isn’t new or sophisticated. In fact, it’s an old style of governance that exists around the world. Our founders did their level best to prevent it emerging here, having witnessed it and rejected it in nearby Latin America. Political scientists call it the “Hacienda State.”

In it, both wealth and power are highly concentrated among tiny elites at the top — who live inside the gates of the lavish Hacienda. These privileges get protected by the managerial elites and state enforcers just below them — the guards who dwell in the gatehouse.

Pretty much everyone else lives out in some favela, a ramshackle ghetto where people rent (not own) dwellings of varied degrees of squalor. They don’t get real public services, and learn not to expect the police to really protect them. (Except when bribed.) Nobody takes seriously the pretense that the courts are fair, that laws apply impartially, or that the State’s institutions function more than minimally. They aren’t really intended to.

Anarcho-Tyranny Works, if You Work it

The army can’t fight foreign wars, and it isn’t really meant to. It’s there to keep down the people. (To threaten them with fighter jets, as Joe Biden did, or nukes as Rep. Eric Swallwell does.) The police can’t enforce the laws, certainly not against members of the Oligarchy on behalf of the common people. Police exist to keep the people from getting arms and defending themselves, and to keep them well clear of the Hacienda’s fences.

When those inside the Hacienda, and the members of various mobs whom they’ve recruited, want to conduct some riots — to terrorize the masses — they get away with it. See the George Floyd riots. If the masses try to respond, even peacefully, as on January 6, 2020, they’ll be crushed by an iron heel.

The State in such a system doesn’t have a monopoly of power in order to defend individual rights. It bulldozes those rights in order to hold its monopoly of power. But the State doesn’t really accomplish things. Its public schools are unusable, its public hospitals squalid, its public squares unsafe. Public streets are full of beggars, druggies, thieves. Real criminals can buy guns readily — but honest citizens can’t.

And none of that matters because it doesn’t affect the only people who matter. And that’s the elite. They rely on private security, costly private or foreign schools, posh private clinics, and gated off parks and estates. The police exist to keep the common people out of those elite preserves, like poachers.

It’s only if you envision this Hacienda on a Hill that you can make sense of Biden’s policies, and the reaction of establishment Republicans. Senators like those 14 GOP hacks who voted for Red Flag laws to suspend the Second Amendment, for instance. They don’t want to tear down the Hacienda and knock down its guard houses. In fact, they’re willing to live in those houses and serve as those guards, protecting the Regime from all the Deplorables. Why? Because the RINOs still imagine that one day they’ll get to live in the Hacienda. And if they do, they’ll expect the Democrats to take their turn standing guard.

The Uvalde Cops Did Their Job … Their Real Job

How the Uvalde mass shooting happened is a mystery — and will stay that way. Why did police stand outside and do nothing for more than an hour? I don’t know the mechanics of how it happened. The investigation is stalled and the city is bulldozing the school itself (so much for preserving evidence). We’ll learn no more about this event than we did about Jeffrey Epstein’s death, or Ghislaine Maxwell’s clients.

But we know who benefited from Uvalde: our elites, who want to disarm the populace. The massacre got them precisely what they wanted: unconstitutional power to disarm any given American at will on the slightest suspicion, without due process. That’s the key to the Hacienda on the Hill: concentrating power and leaving the common man helpless.

As Christians and good neighbors, we must mourn for the children who died, and comfort their families. But as (still, for the moment) citizens of a democratic republic, we must focus on something else: the actions of Uvalde police.

They did nothing whatsoever to stop the massacre, but focused with laser precision on what’s apparently their real mission: keeping citizens helpless, and monopolizing lethal force. That’s why they stopped parents from rushing in to save their terrified children. They handcuffed one mom; they even disarmed and detained a local off-duty policeman who wished to go save his wife. She died. Mission accomplished.

Few of these cops or their political bosses are losing their jobs, because apparently they did their job — the real job that our Oligarchy expects the police to accomplish: keeping the citizens powerless, terrified, and helpless.

There’s a bipartisan consensus in Congress for that.

Let’s drop to our knees and thank God that the U.S. Supreme Court is not part of that consensus. Its new decision on a New York State gun law points back to our founding in freedom. The court affirmed 6-3, in a sweeping and principled decision, that the right to carry firearms for self-defense is as fundamental as any other freedom in the U.S. Bill of Rights.

There’s clearly a head-on collision between the Court’s vision of America and our elite’s. It remains to be seen which one is the iceberg, and which is the Titanic.

We Are All Wetbacks Now