Or, if you prefer, "Soft Coup, Part Deux" 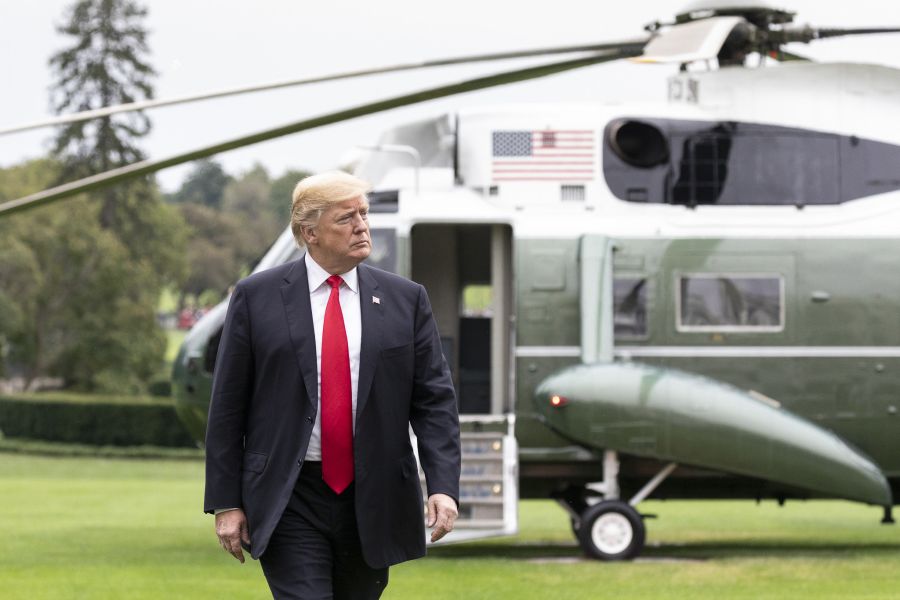 Donald Trump must be impeached because he put a sensitive transcript onto a secure government server … as he had done often before. Yet Secretary of State Hillary Clinton put our most sensitive secrets on a non-government server. And that is not a crime. In fact, when Congress came looking for those emails, she deleted 30,000 of them … and destroyed the devices. And that is not a crime.

President Obama let her. He winked at the FBI and said, “Oh, she didn’t intend to harm national security.” “There are secrets and then there are secrets.” And that was not obstruction of justice. (State Department is finally getting around to investigating those who emailed with Hillary, after years of Obama’s State Department stonewalling.)

President Trump started putting transcripts in a secure location after his calls with foreign leaders were getting leaked to the press. Yet, he should be impeached after a distorted interpretation of his Ukraine call is leaked to the press. With, according to the ICIG, “some indicia of an arguable political bias on the part of the Complainant in favor of a rival political candidate.” (ICIG is the Intelligence Community Inspector General.)

President Trump must be impeached for asking Ukraine to “do a favor.” A “favor”? That sounds bad — as the Democrats and the media report it. But what did the president do? All he did was ask for help with finding out more about Ukraine’s (admitted) connection to the effort by the IC community and Obama administration to sabotage his campaign and presidency. For actually doing what they accuse him of doing.

President Trump must be impeached because he asked a foreign country to look into activities that a former vice president publicly bragged about. The same activities — and pattern of behavior — Politico and Washington Post and New York Times also found suspicious.

Ryan Fournier put it wisely: “The democrats want to impeach the president for trying to expose a crime, then elect the person who committed the crime.”

Who knows? If Bill Clinton’s pal Jeffrey Epstein knew that running for the Democratic nomination would give you immunity from investigation he might have entered the race instead of killing himself. (Assuming he did kill himself.)

Adam Schiff thinks the President’s call to the Ukraine is so damning, so clearly impeachable, that rather than read the actual transcript, he concocted a complete fiction to read before an official House hearing.

In fact, after getting wind of the whistleblower (assuming they weren’t already in kahoots) Schiff sent a staffer to Ukraine to investigate. … on the dime of something called Atlantic Counsel’s Eurasia Center. And who do they get funding from? George Soro’s Open Society Initiative for Europe. (See Rising Serpent’s thread outlining the connections to Soros and Crowdstrike here.) The prosecutor Biden had fired happened to be investigating Soros as well. And that case, too, was buried.

Former CIA Director John Brennan urges more whistleblowers (like this underling assigned to the White House) to come forward. How about the CIA agents involved in telling Clinton-friend Moby that the bogus Steele Dossier was 100% legit and to spread it on social media? Moby’s revelation is first hand confirmation that the CIA was running a black op against President-elect Trump.

The still-bitter Hillary Clinton wants Trump impeached. The same woman who got tossed off the Watergate investigation for her duplicity. Same woman who was an indicted co-conspirator in the Whitewater scandal. Same woman who ran point in trying to destroy the Lewinsky investigation and the Clinton impeachment effort. “Vast right-wing conspiracy,” anyone?

Hillary Clinton — of all people on the planet — says Donald Trump “has turned American diplomacy into a cheap extortion racket.” Under her watch as Secretary of State, Foggy Bottom had more sales than Macy’s. Clinton’s foundation pocketed hundreds of millions of dollars from foreign interests with business before the State Department. According to the Associated Press, she handed out special access to her office to those who contributed to her foundation.

According to the Washington Post, the Clintons forced Kazakhstan to sell their uranium mineral rights to her pal Frank Giustra. His company became Uranium One. He promptly pledged hundreds of millions to the Clinton Foundation.

And when Vladimir Putin wanted to buy Uranium One to the point of bribing and extorting energy officials and having his surrogates pump $145 million into the Clinton operation, Obama not only agreed to the sale, his DOJ sandbagged the prosecution. And then threatened the FBI informant from speaking to Congress. (Yes, a whistleblower was blocked by Obama from speaking to Congress about it. Where was Adam Schiff? Partying with donor Ed Buck?)

According to Andrew McCabe, Attorney General Loretta Lynch blocked the FBI investigation into the Clinton Foundation. Yet, the current Attorney General needs to resign or recuse because Trump mentioned him in a phone call.

Hillary Clinton and Barack Obama are the John and James of Saul Alinsky disciples. Alinsky wrote “blame your enemies for what you yourself are doing.” They and their cohorts are still at it.

We called it. And now Carl Bernstein of Watergate fame has spilled the beans on CNN. He’s being told Attorney General William Barr is set to “deliver evidence” of a “Deep State conspiracy” against Trump. Of course, his sources say, that’s in order to protect Trump.

We’ll have the details on that later this afternoon.