The Ugliness Ahead, and Why Trump Will Catch All the Blame For It

It's going to be ugly. They'll tell us it's Donald Trump's fault. That's how they fight. 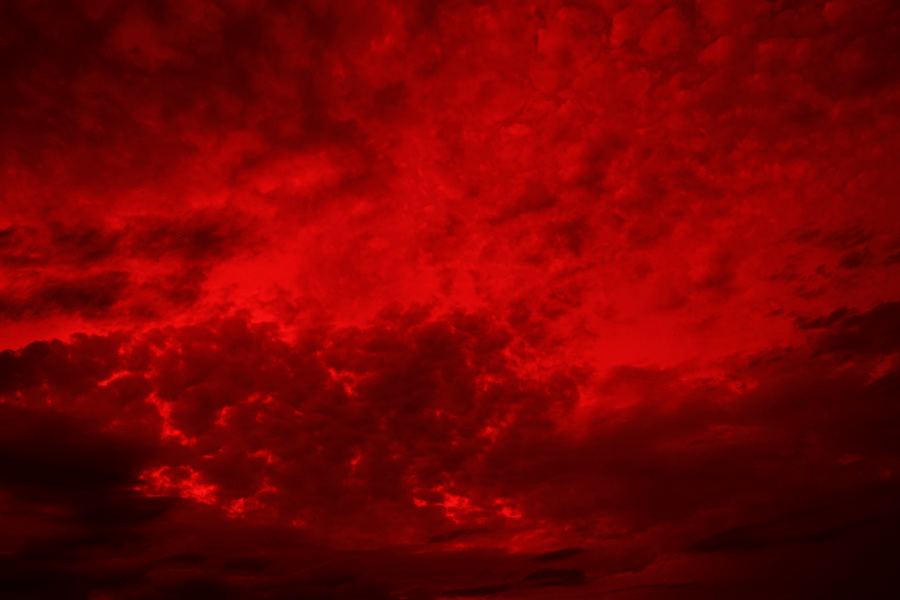 The fight has just ratcheted up again, and here’s a good first clue into how the left is going to fight it.

BREAKING: Donald Trump, who tried to overthrow the results of the 2020 presidential election and inspired a deadly riot at the Capitol in a desperate attempt to keep himself in power, has filed to run for president again in 2024. https://t.co/iqIcaN3SZA

“BREAKING: Donald Trump, who tried to overthrow the results of the 2020 presidential election and inspired a deadly riot at the Capitol in a desperate attempt to keep himself in power, has filed to run for president again in 2024.”

There are so many other ways they could have reported this news, if reporting news were what they were about:

The first one says all anyone needs who’s not brain-dead. (News flash to NPR: Some of us already heard of Donald Trump. Some of us have even formed opinions of our own.) The second tells another story, well supported by facts and undeniably relevant. The third one works for readers either on the right or the left.

NPR could have said any of that if this had been a news tweet from a news organization. It wasn’t. It was a salvo from a leftist advocacy group. And we’ve got two years of this to look forward to.

It’s going to get bloody. With any luck the blood will be strictly metaphorical, though I wouldn’t use the word lightly even as a figure of speech. No, this is about to get really ugly. Count on it.

Count on Donald Trump catching all the blame for it, too. He’ll be the one who’s “dividing the country,” who “can’t get along,” and whose followers “hate everyone different from themselves.” When you hear that, recognize it for what it is: The left is shooting at him.

This is Trump’s special gift: being hard to ignore. He can hardly speak without making news. This, too, isn’t always pretty. Given a choice (a choice we do not have), I’d prefer a candidate with more grace and less self-importance to him. The late Rush Limbaugh comes to mind as one who thought highly of himself and never hesitated to say so, and yet some of it was obviously for show. You could almost hear him laughing at himself. “Half my brain tied behind my back” was hard to take seriously.

Rush was bright, articulate, entertaining, and influential, yet for all that he couldn’t do what Trump has done. He couldn’t break through the liberal wall of indifference. Liberal America never bothered arguing back against Rush Limbaugh. They treated him as irrelevant instead, which for their purposes worked almost as well. They can’t ignore Donald Trump that way.

Wrestling for the Big Mic

And now with his newly announced candidacy, they can’t ignore America’s disunity, either. They’d like to, I’m sure. They’d like to think their liberalism was normal and normative, something every sensible person would simply take for granted. That’s how NPR’s tweet could come out the way it does with the tone of truth-tellers speaking as if everyone knows and everyone agrees it’s true. In their world it might almost be true, as nearly everyone who has any public voice certainly agrees with them.

As for the rest of us, well, we don’t seem to matter. Not when the left owns all the big microphones. They get to talk, we get to shut up and listen.

That’s exactly how the past six years might have played out, if not for Donald Trump. The left would have had far fewer battles to fight with conservatives. One does not go into combat against an enemy that’s already fully contained, reigned in, and toothless. One sits back and enjoys the power one has.

Life must be a lot less enjoyable for them, now that Trump has stolen some of their control over the microphone. For seven or eight years now he’s been wrestling with them for the power to speak and be heard. And though his principles come from his conservative core, his success comes from being that kind of wrestler. He knows how to bring them a good fight. He’s even shown he can win. So it’s no wonder they’re throwing ordnance at him. Ignoring him won’t work, so they have to take him out.

Disrupter of the Victors’ Calm

To do that they have to make him bad. All bad. Conservatives generally can see both good and bad in him. The left sees only bad — the world is very simple for them that way. They also think his supporters see only good in him. They do seem to like things kept simple, don’t they? Which it all could be, if we conservatives would just shut up, sit down, and accept their ruling wisdom over us, as quiet little subjects ought to accept it.

No conservative wants that, but no conservative stands in their way quite like Donald Trump. So they will keep shooting at him. They will blame him for the ugliness to come. They’ll even be half right, in a way: Things could have been so much quieter around here without him. America would be just as divided, but in a calmer way — calmer in the way that they like it, with their opponents yawning and snoozing, and letting them get on with their business of social reconstruction.

That won’t happen with Trump on the scene, which is why they have to take him out. They have to at least make him irrelevant, if not worse than that. Joe Biden, who has declared virtually all Trump supporters enemies of the state, says he’s committed to keeping him even from running. (I almost hope he tries. Does he think that’s really going to shut Trump up?)

Expect Them to Fight Dirty

It all adds up to this. Much as I hate to say it, I believe we’re in for ugly, bloody, unpleasant times ahead. Some of it, I’m sure, will indeed be Donald Trump’s fault. But NPR has already shown us how they’re going to fight this, not as a news organization but as a left-sided advocacy machine. They and their cronies will blame him for every wrong done to America. They’ll overlook every wrong done to him, including their own, naturally. We’ve seen the left manufacturing lies to attack him with, and we’ll see more to come. They’ve been fighting dirty for years now. Don’t expect any better to come.

And then, having done every ugly thing they can do, to divide us so far we can’t even see each other, they will call Donald Trump the ugly, divisive one. It’s how they fight. I hope the next two years come out good. Prepare yourself, though, both mentally and spiritually. Because we cannot expect things to come out looking pretty.

Tom Gilson (@TomGilsonAuthor) is a senior editor with The Stream and the author or editor of six books, including the highly acclaimed Too Good To Be False: How Jesus’ Incomparable Character Reveals His Reality