The US Senate and the ‘Respect for Jesus Act’ 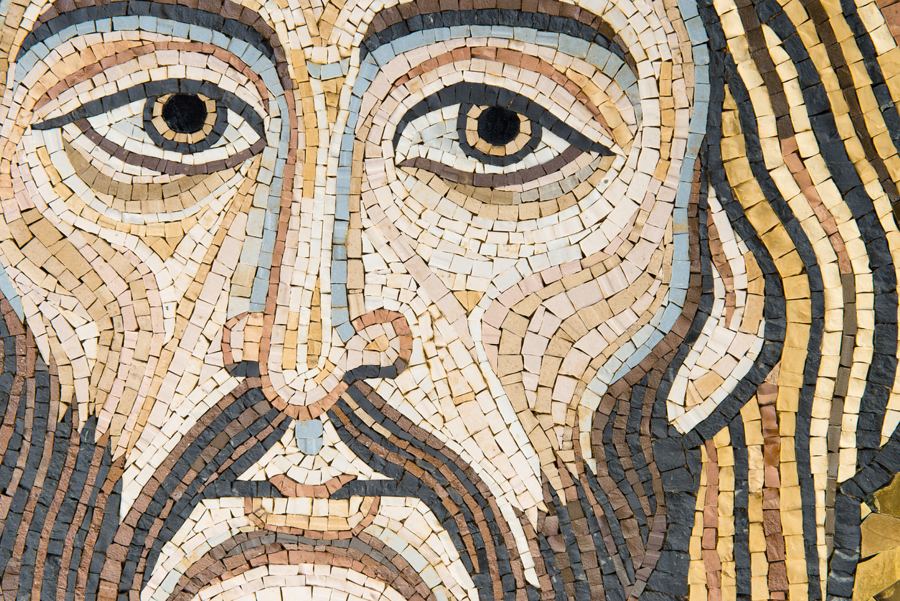 Item: The U.S. Senate is expected this week to vote approval for the so-called ‘Respect for Marriage Act.’

Item: A research fellow at the University of Cambridge raised anger around the world with his claim that Jesus had a “trans body,” as revealed (he said) by art that depicts him with a vagina-shaped womb in His side.

The two news items have way more in common than you realize.

Both are obviously brazen attacks on traditional belief. Both come soaked in pro-homosexual, pro-transgender ideology. That’s just the start of it though. If “transgender Jesus” offends you — as it must! – you ought also know that the error motivating it is almost exactly the same as the error behind the “Respect for Marriage Act.”

It’s all about the rise of power and the death of truth.

Give to Respect to Idiocy

The Daily Telegraph broke the “trans Jesus” story, but I’ll use the Washington Examiner’s summary:

Joshua Heath, a junior research fellow at the college, using medieval and Renaissance art for examples, said Jesus’s body is both masculine and feminine and that the crucified Christ’s side wound ‘takes on a decidedly vaginal appearance’ during a sermon at the Anglican evensong service at the Trinity College chapel.

First thing to note: This is stupid. Don’t give it the respect of letting it shock you without also giving it the contempt its idiocy deserves. Having a spear in your side doesn’t make a person — but no, no, NO! I was about to tell you how I’d explain reality to this guy, but the things he said don’t even deserve that much respect. I’m not going to waste time on such utter foolishness.

Nevertheless he got respect, from the dean of Cambridge’s Trinity College, no less. And it’s no waste of time for us to learn how that’s possible. It will help us understand the world better.

The dean, Dr. Michael Banner, defended him, saying, “I think that speculation was legitimate, whether or not you or I or anyone else disagrees with the interpretation, says something else about that artistic tradition, or resists its application to contemporary questions around transsexualism.”

Notice finally the category he left out there. (Apparently it’s not important to him.) Is there any possibility whatsoever that it’s true? That Jesus actually had a “trans body”? Do facts about Jesus matter, when it’s Jesus we’re talking about? Dr. Banner shows no sign of any interest in that. It doesn’t matter if it’s true. What matters is whether it’s “legitimate.”

So what does “legitimate” mean? If you can get a grip on that, you’ll have a much better grip on what’s likely happening to marriage this week in Congress — because it all springs from the same source.

The easiest way to get at that is by tying it to its neighbor words, legitimize and delegitimize. I won’t promise you will understand it, because that would imply there was something understandable to it. I mean that literally: If you find this hard to grasp, take that as a good sign. It means you’re not crazy.

You do need to know how they use these ideas, though, so I’ll tell you the true story of a fascinating interaction I had some time ago with a foreign policy scholar named Jacob on this. Jacob was big on “legitimizing” and “delegitimizing.” I told him once that forgiveness was a major theme in the New Testament, and he answered that I was de-legitimizing others who disagreed. I told him that it was true regardless of who got delegitimized, and he complained that I was pulling a power play on him.

So I decided to test him on something basic. Very basic. I asked him whether 2 plus 2 could equal 5. He answered (and please don’t blame me for his gobbledygook):

I am not kidding you. This was what he said. (Now you know why I couldn’t promise you’d understand it.)

In plainer English, there are professors who teach other professors it’s wrong to say 2+2=5. Those professors go on to teach the same thing to their teachers-in-training, who then graduate from college and get jobs in schools. Once there, they’ll do as they’ve been told to do, and the child gets corrected for saying 2+2=5.

The Perverse Logic of Power Without Truth

I am not kidding you. This was what he said. (Now you know why I couldn’t promise you’d understand it.)

Yet there is a kind of logic to it, even as it denies logic. There’s a reason they call it “language power.” Language doesn’t convey truth (they say). It can’t: There is no truth for it to convey. So when Joshua Heath spoke about transgender Jesus, he wasn’t trying to tell us some truth about Jesus, because there is no truth about Jesus. If you say he got Jesus wrong, it isn’t because you have access to some truth about Jesus, and you know how badly he missed that truth. No, it’s because you’re delegitimizing him. You’re pulling a power move on him.

I’m talking classic postmodern language theory here. There is no truth in view of the world, only power. Language may act as if it’s conveying truth, but since that’s really impossible, it must be doing something else instead. And what else is there for a person to do with language besides trying to legitimize oneself, and delegitimize others? It’s all about jockeying for power, because power is ultimately the only reality.

This is why Dr. Banner cared about “legitimate” rather than “true.” It’s also key to understanding what’s going on in the “Respect for Marriage Act.” It has nothing to do with truth, everything to do with power.

We say, “You’re getting it wrong — factually and ethically wrong.” They answer, “Wrong? We don’t understand the word wrong. We do understand that we’ve got the votes. We won. You lost. You’ve delegitimized us for centuries, but that’s over now. So sit down, shut up, and do what we tell you to do.”

Ultimately right vs. wrong will be proved to be a matter of truth vs. falsehood.

Remember what I said about how we shouldn’t delegitimize others? You think they care about that now? Hah! They’ve won. That’s what they care about. Unless the Senate gets a brain in time, that is.

This is what you must understand, though. We care about truth, because we’re convinced truth is real. We fight according to truth for the same reason. And truth will certainly prevail in the end, just as the wise man’s house stands while the foolish man’s house gets blown into the sea, “and great was the fall of it” (Matthew 7:24-27). Ultimately right vs. wrong will be proved to be a matter of truth vs. falsehood.

The ‘Respect for Jesus Act’?

In the meantime, they’re playing it as if it’s about power instead. They’re good at it. That’s why they’re calling it the “Respect for Marriage Act” instead of the “Federal Tyranny Destroying Marriage Act.” The second is more true, the first is more rhetorically effective. Truth doesn’t matter to them, only winning.

Next time you hear that, though, imagine it this way.

“The Senate is poised this week to approve the ‘Respect for Jesus Act,’ a bill designed to recognize and affirm every possible belief about Jesus. Appearing today to witness for the Act is theologian and Cambridge University research fellow Joshua Heath, who will explain how medieval art demonstrates that Jesus had a vagina.”

The Stream on Homosexuality and Transgender Issues: A Summary of Our Work So Far

Hard Question for Christians: The Bible Says We Have Enemies, So Why Won’t We Say So?

Why I Insist on Saying ‘LGBTQMYNAMEISLEGION’ and You Should Too