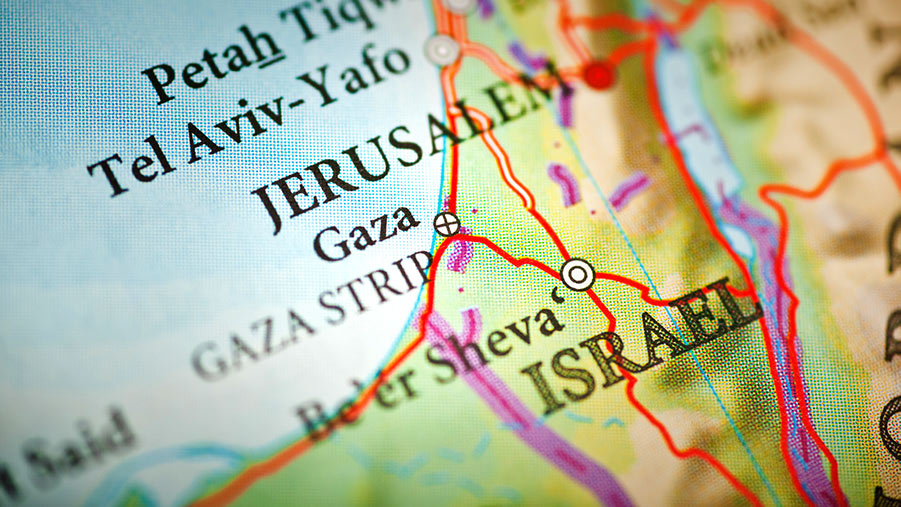 Let me first clarify two things here immediately. First, I don’t pretend to know if Trump’s new peace plan can work. Instead I want to talk about what its contours tell us about the Middle East at the moment. Then I will try to see if its solid principles can be applied to making peace elsewhere in the region.

A Sideshow in the Region

Journalists enjoy better hotels in Jerusalem than in other hotspots of the Middle East. So they love to write about Israel. But almost nobody in the Middle East itself outside Israel is interested in the conflict with the Palestinians. Not anymore. That problem has faded into the background noise of the region. The real, enduring conflict that may provoke new wars and US involvement? The sides there are very different. We see two de facto alliances facing off against each other. Egypt, Israel, Saudi Arabia, and the United Arab Emirates stand on the one side, and Turkey and Iran on the other.

Almost nobody in the Middle East itself outside Israel is interested in the conflict with the Palestinians. Not anymore. That problem has faded into the background noise of the region.

That’s right. We have an unofficial, pan-Semitic Arab/Israeli alliance against the Turks and Persians. The Arabs and Israelis stand united on multiple issues. They wish to avoid:

The existence of this alliance is so obvious for anyone in the region that you don’t hear much about it. Add to that the deep-seated prejudices that still haunt these countries, and you see why these nations’ leaders don’t make the alliance open and formal. But it’s the real dynamic that’s driving conflict in the region. I sometimes jokingly ask when Israel will officially join the Arab League, as it is virtually part of it already. Furthermore, go to Kurdish regions and listen carefully. You’ll learn that the Kurds and Israelis are allies in all but name.

No Palestinian Spokesmen? No Problem

With all of this going on, the Palestinian issue with Israel has become a weary sideshow. Young people in Iraq, Iran and Syria simply don’t care that much about it. They have bigger fish to fry right at home.

Proof of my point: President Trump was able to present this plan unilaterally, without any Palestinian representative in the room. A decade ago, this would have made Israel’s neighbors furious. They would at least have pretended to care about the Palestinian perspective. Now they barely bother. Instead we see a mildly-worded statement from Jordan rejecting Trump’s plan. And careful statements of support from Egypt and The Emirates. The conflict that was once the epicenter of the Middle East now matters very little to Arab states. That fact alone shows how deeply the Middle East has changed.

Sad to say, the Palestinians are now watched with deep suspicion by almost all other people of the Middle East. I remember talking to a Palestinian from Syria. He complained that his people were considered as an enemy by all sides of the Syrian civil war. Israel’s connections with the truly moderate opposition in the deep south of Syria (Dara’a region) underline this development. For them Israel was the ally and Iran the enemy. And that was all that mattered to them.

All Conflicts Are Local

We can learn from this something crucial: ultimately all conflicts in the Middle East are highly local. People and groups seek their real-world interests, rather than sacrificing them for the “anti-Zionist” cause.

In light of all the above, what does Trump’s plan really offer?

Some excellent ideas, I’d say. The president’s team put a lot of effort into very detailed practical questions and economic solutions. His proposal includes specific plans for bridges, tunnels, train connections and ports. It specifies which industrial and agricultural lands to develop.

If Only the Yazidis Got Such Attention

I leave it to others to analyze whether Trump’s specifics may prove to be the right ones in this situation. But I know from experience that a number of regions in the Middle East need precisely this kind of detailed economic plan, based on immediate geographic realities. In Iraq, the Nineveh Plain and Sinjar cry out for such attention, as do many other underdeveloped regions. One major reason that ISIS could expand was the almost endless supply of poor and uneducated young men. They proved likely recruits precisely because nobody ever took the effort to develop their regions, such as Anbar in Iraq.

The principle of self-determination should apply across the region, in Iran as well. Trump’s plan (unlike the old Sykes-Picot Treaty that created Middle Eastern states) takes careful account of ethnic diversity and local realities. So should any plans for finding peace and order throughout the Middle East. That’s the only way forward.

Let’s see the principles of the Trump plan for Israel and the Palestinians applied across Iran, Iraq and Syria. That would be indeed be a real peace project for the Middle East. My challenge to President Trump: Stop listening to tyrants and terrorist-supporting dictators like Erdogan. Apply his prudent plan across the region. That would make history.