The Trick That Scientists Use to Tell You to Trust Scientists, Whatever They Say 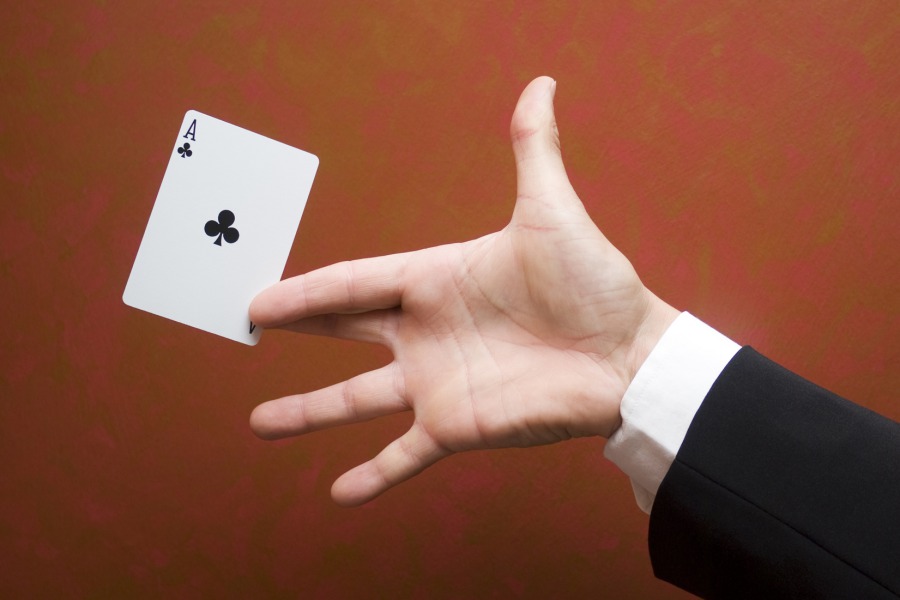 There’s a card trick in which I show I have three cards in my hand. I also reveal the identity of two of those cards. Then I manipulate the cards so it appears I’ve revealed the identity of all three. When I finally do reveal the third card, the observer (or mark) is convinced that one of the cards he saw has magically turned into a different card.

It’s called misdirection. The best way to lead someone to a false conclusion is to start with the truth. The beauty of the 21st century is that most everyone knows magic is not real. While they may not be able to explain how it was done, at least they know they have been tricked.

Unfortunately, politicians and the media do this constantly without people ever realizing it.

An article that just appeared on Forbes.com did exactly this. The title gives it away: “You Must Not ‘Do Your Own Research’ When It Comes To Science.” The writer, senior contributor Ethan Siegel, has a doctorate in astrophysics and teaches. He should know, right?

He should. But he’s pulling a trick. Like the magician, he starts with the truth. He says, “The techniques that most of us use to navigate most of our decisions in life – gathering information, evaluating it based on what we know, and choosing a course of action – can lead to spectacular failures when it comes to a scientific matter.” He goes on to say, “even those of us who are scientists ourselves, lack the relevant scientific expertise needed to adequately evaluate … research on our own.”

It’s a good point. I would certainly never argue astrophysics with Dr. Siegel.

Siegel responds, as he manipulates the cards, “scientific consensus.” It’s the only thing to believe. Never listen to “contrarian” scientists. He then does a series of false cuts, “you can no doubt find … a handful of medical professionals” who confirm “your preconceived notions.” That, however, is not research. “You are seeking information to confirm your own biases.”

What is the conclusion of the trick? “You need to be humble, and admit that you, yourself, lack the necessary expertise to evaluate the science before you.” Then, he turns over that third card: you must blindly follow whatever the scientific consensus says. Don’t question, don’t research, just acquiesce.

The false shuffle: Mr. Siegel neglects to mention how often in history the scientific consensus of the day has been wrong. Course corrections came, but not from a small band of obsequious, like-minded scientists. They came from the very “contrarian” scientists Siegel disparages throughout his article.

The pinky break: How do we simple marks know what the scientific consensus is? Siegel provides three examples of scientific consensus: All vaccines are safe, we must wear masks during this very real and deadly pandemic, and global warming is real. Who tells us about this consensus? Not the scientists themselves. The mainstream media. The problem here is, the mainstream media lies.

The double lift: the trick I described at the beginning works because you assume you’ve seen all three cards. Siegel’s argument works if you assume that you’ve seen the truth about scientists. They’re always right. Unfortunately, scientists are human beings, and human beings make mistakes. They’re even corruptible. Money and power can corrupt anything, including science.

For instance, when politics gets involved in science, what we get is bad science. One quick example is: when 20 to 30 people tried to gather together to worship at a church, they were threatened with police action because it was unsafe during the pandemic. Later that same week, over 100 BLM protesters were allowed to gather together to engage in “protest”.

One need not be a medical expert to understand this blatant hypocrisy. When the establishment contradicts itself, what are we to believe?

One of Siegel’s other examples of going with the scientific consensus is vaccines. The consensus says they’re all good. Don’t argue, just take them. You’re endangering yourself and others if you don’t.

But vaccines are a $40 billion a year industry. That by itself should make us cautious. In 1986, President Reagan signed the NCVIA into law, absolving vaccine manufacturers of all liability if a vaccine proved unsafe. I’m no scientist, but I should think this would make Big Pharma less responsible in the vaccine making process, not more. One has but to look at Merck’s $4.85 billion settlement over their drug Vioxx to see the fantastic moral conscience of Big Pharma.

Also, a significant portion of the CDC’s budget comes from vaccine profits, yet they’re the ones in charge of maintaining and ensuring vaccine safety. That sounds like a conflict of interest to me.

In these circumstances, you and I must rely on our own ability to reason. One need not be a scientific expert to research both sides of the debate not only to get an idea of the right answer, but to figure out who to trust. Which scientists do we listen to? Which ones do we keep questioning? Deciding who to trust is not a scientific thing, but a human thing, that all of us do every day.

From the day homo sapiens first walked upright, what separated us from the animals was the ability to think and reason abstractly. When someone tells you that because you’re not a scientist, you’re too ignorant to have any opinion at all, that’s not science. It’s a hustle.

The Science Is Settled