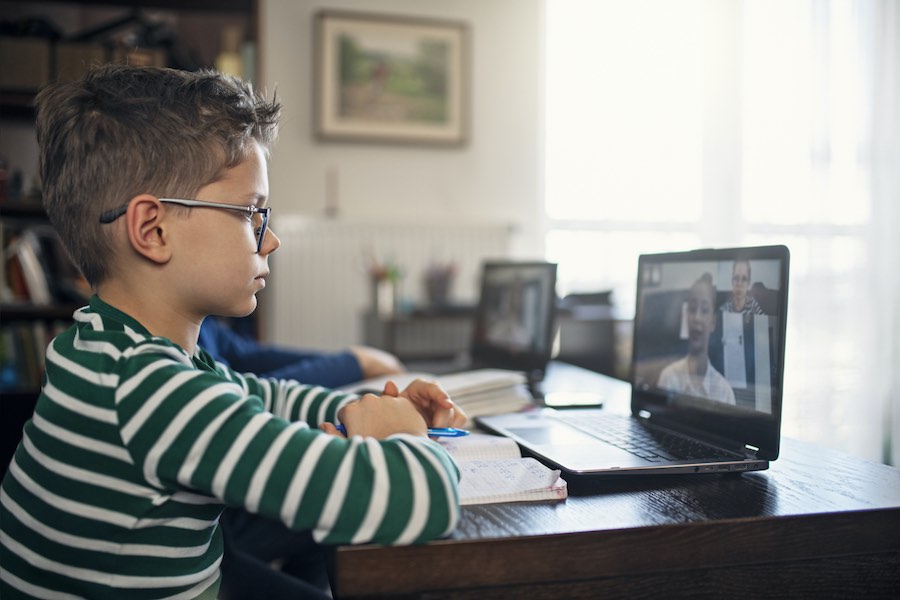 The state doesn’t teach theology, right? Wrong. And it’s time we quit pretending on it.

Take schools, as the chief example. They don’t teach theology in the public schools, right? Wouldn’t dream of touching it, not in the school building, and not in COVID-era online classes. It’s not their business, not at all!

That’s the standard, secular view. It’s called “neutrality,” a “strict wall of separation” and all that. The government has no business taking sides in any religious debate, so it stays far, far away from theology, so as not to influence a soul with it.

If only life were so simple. It isn’t. Indeed, it’s impossible in the very nature of things for it to be that simple. Secularists’ calls for neutrality are therefore, unfortunately, simplistic.

Neutrality doesn’t exist, neither in theory nor in practice, and that applies to more than just religion. Start with any point of controversy you can think of, mix in anyone who has any teaching authority at all, and what you get out of it is never a neutral position. The teacher might take one side in the controversy, or they could pronounce the issue unsolvable. They might say it’s irrelevant, or they could get the same point across by ignoring it and treating it as unimportant. Either they teach an answer, or they teach there is no answer, or that the answer doesn’t matter. One way or another, they’re teaching something.

So it is with religion. Schools don’t take sides. (Or so they claim, except sometimes in support of Islam or tribal religions, which count as exceptions for some reason.) So what do they do instead?

One common answer is, “We don’t teach on religion because nobody knows which one is true, if any.” That’s not neutral, though. Christianity teaches that we can know. That’s the point of passages like John 20:30-31, Luke 1:1-4, 2 Peter 1:16, and 1 John 5:13, among others. So if a school teaches no one can know, they’re teaching that this Christian doctrine is false. They’re taking a theological position; they’re teaching theology.

The other common approach in schools is to remain silent on religion altogether. They don’t say anything on behalf religion, but they don’t say anything against it, either. But this actually is saying something against religion: that religion is irrelevant, or maybe that there’s nothing for anyone actually to learn about it. Or maybe that religion might be necessary on some days or in some places, but not in your place of learning, where you spend more time than anyplace else besides your home.

“Neutrality’s” Real Message Is Getting Across

It’s working, too. That is, the point is getting across, even though schools use silence to send it. Ask an atheist today, and you’ll find he’ll be surprised if you don’t assume along with him that atheism is the default position; that you can call yourself an atheist without proving anything, but if you’re going to believe in God (or gods), you’d better be able to prove it.

That’s a lot to expect a first-grader to understand, though. Unfortunately it also seems to be a lot to expect many parents and many churches to teach. Maybe they’ve bought into the lie of neutrality themselves, or maybe they’ve succumbed to the error of thinking Christian truth is mere opinion and not something to study and learn as objective truth.

We could tell our schools to quit faking it. We could tell them to drop the pretense of neutrality, and admit to the actual teaching that’s going on.

So what do we do about this, as a matter of public policy? Forget about asking public schools to start teaching Christian truth again: They don’t want to, the secularists wouldn’t allow it for an instant, and they’d get it wrong even if they tried. You can also forget about asking schools to be neutral toward religion. I’ve just explained why that’s impossible: Schools teach theology whether they want to or not. Neutrality is unachievable.

It almost sounds like an unsolvable problem, and on one level it is. We’re certainly not going to improve the theology being taught in schools; not in today’s culture and with today’s case law.

What We Can Do About It

Still there’s one change that ought to be within reach, one that could make all the difference. It won’t come easy, but there’s no principled reason it ought to be impossible. I say it’s worth fighting for. We could tell our schools to quit faking it. We could tell them to drop the pretense of neutrality, and admit to the actual teaching that’s going on.

And we could call on them to speak the truth instead. Tell them they need to teach kids this message, the only one that’s fully honest about education and religion: “What you believe isn’t our decision, but if any of the major religions are teaching the truth, then grabbing hold of that truth is the most important thing you could possibly do. We’re not allowed to tell you what you should believe. We’re not even equipped to tell you. But we’re not about to act as if we’re sure it doesn’t matter. And we want to encourage you to get on with the discovery, in whatever way you can find to make it.”

That might be a lot for a first-grader to handle, too, but I’m sure teachers can find an age-appropriate way to cover it. And it seems to me they’d be glad not to force parents into the position of telling kids their schools are teaching them lies about the single most important subject in all of life: God Himself.