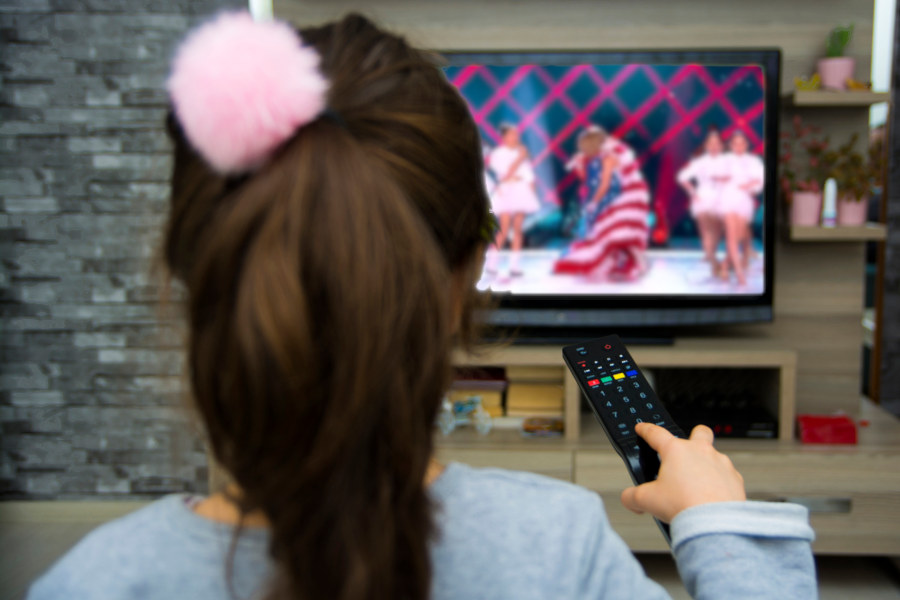 By Denise McAllister Published on February 4, 2020 •

Musical artists Jennifer Lopez and Shakira set out to model “female power” for young girls who shared their Super Bowl halftime stage. They did it by pole dancing, grinding and booty shaking like strippers in a club. Many Americans weren’t buying it.

The 50- and 43-year-old singers promised a show that would focus on empowering women and girls. It fell far short as sex was on display rather than talent and true feminine power. Those who justify the show claim that women prove their strength by expressing their sexuality on their terms. Which is what Shakira and Lopez were doing. But this is just sexual revolution propaganda that has proven to be false. It is a lie that freedom without a moral context is the ultimate good.

Making Yourself an Object Isn’t Empowering

Many have praised the show for its strong Latin feel. But it’s not the music or dancing that’s at issue. It’s the sexualization of women in an already overly sexualized society and then calling that “power.” This is harmful as girls are put on display alongside sexualized adult women who are setting themselves up as role models.

Making oneself a sex object benefits no one except the artists and their pocketbooks.

In a report on sexualizing girls, the American Psychological Association Task Force found that adults often turn girls into sex objects. “Adult models are sexually objectified and the distinction between adults and children is blurred.” This results in “sexualizing girlhood.” Musical performances and videos by artists such as Shakira and Lopez are among some of the worst offenders. Up to 81% contain sexual imagery. Women, more frequently than men, are shown in revealing clothing.

According to the task force, sexing it up has many negative effects. This includes how the brain functions and a person’s overall health. It can also lead to sexual abuse and violence. One study found that “for girls as young as 12 and 13 years of age, viewing oneself primarily from the perspective of an observer and emphasizing features like ‘attractiveness’ and ‘sex appeal’ with respect to one’s body were related to higher levels of anxiety about appearance and feelings of shame.”

Making oneself a sex object benefits no one except the artists and their pocketbooks. Sexualizing women is a multi-billion dollar industry that doesn’t care about its negative effects on girls or women. It ignores the depression and eating disorders. It turns a blind eye to drug use and trails of broken relationships stemming from a damaged sexual identity. It doesn’t care that girls hate their bodies because they compare themselves to an ideal forced on them by pop culture.

Studies have found that “White and Latina adolescent girls with a more objectified view of their bodies had diminished sexual health.” They used fewer condoms and weren’t as assertive in sexual relationships. They “often face sexual problems well into adulthood.” Contrary to feminist belief, girls who refuse to sexualize themselves grow up to be more empowered women than those who do.

Girls aren’t the only ones impacted by a sex-crazed culture. It affects how boys see women. They look at women as sexual objects rather than as complete persons. Their sexual relationships aren’t working and are unsatisfactory. Some even resort to violence against women as sexual power is separated from knowledge and respect of the person.

Yet, “sexual expression” is something modern feminists encourage. They claim it frees women from being used by others. But as I write in my book “What Men Want to Say to Women (But Can’t),” “In their quest to be free from objectification by men, women now objectify themselves. And by doing so, guess what? Men still objectify women.” No matter how much a woman thinks otherwise, “when she objectifies herself, her narrative about autonomy gets away from her.” She’s exercising her freedom to act but is still perceived as an object.

The power feminism celebrates is a lie because it has separated freedom from purpose and liberty from morality. The purpose of sex and intimate sexuality is not to exercise control over others, but to express love within marriage.

Sexual expression should be experienced in a relationship with a mature man who sees a woman as a subject, not as an object. He sees her as an end and not a means to his own selfish ends. In that context, he knows her mind, her spirit and her feelings. He doesn’t just look at her body as something to be used. He sees her soul and her full personhood. Through that knowledge, she is elevated and truly empowered because spiritual connection with another is the result. This is the ultimate good.

It was certainly right to free women from legal barriers to their sexual expression. But, as I wrote in my book, “it has never been good to free women from moral accountability of those same sexual expressions.” Sadly, “feminists today want to be released from any sort of principled compass that imposes moral judgments on their sexual liberty.” This “freedom,” however, has left them enslaved to perceptions and dehumanized. It has created harm instead of promoting health. It has weakened women instead of empowering them. It has reduced them to animals instead of lifting them up as noble creatures made in the image of God.

Author of What Men Want to Say to Women (But Can’t), co-author of New York Times bestseller Spygate: The Attempted Sabotage of Donald J. Trump, Christian apologist and theologian.