The Stupidest Moments in the History of the World … This Week 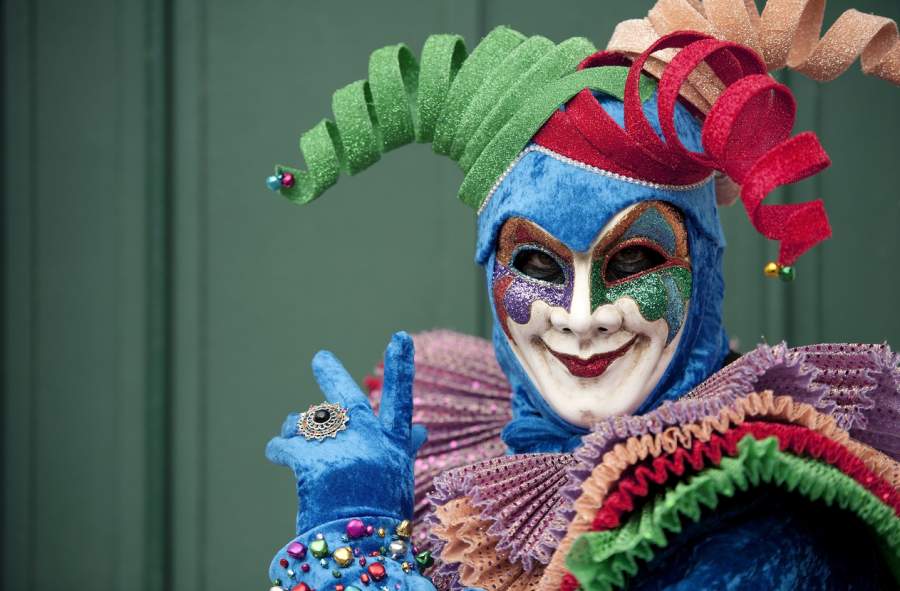 People call me a “happy warrior.” I spend five days a week writing about the cascading chaos of my own church under Pope Francis, and the willful sabotage of my homeland by The Secret Committee Formerly Known As Joe Biden. My old hometown, New York City, is spiraling back down the toilet. Soon it will be just as I remember it in the 70s, which is just like Gotham City in the recent movie Joker.

My new home, Dallas, has a far-left Democrat mayor, and a George Soros DA. So the fact that I can have guns to protect myself is of little comfort, since I know that if I used them, the authorities would try to drive me to suicide like poor Jake Gardner, RIP.

And yet I write funny columns, pointed tweets, and generally go through my days in a chipper, upbeat spirit. “How?” some ask me.

The answer is pretty simple, though it must be explained in German. There’s word in that language unknown (I think) in any other. It’s “Schadenfreude,” and refers to a grim satisfaction one can take in how terrible things are. It can mean taking glee in the misfortunes of others, but that’s not what works for me. I mean, I live in this world, this church, this country. It’s happening to me.

Like a comic version of Job, I’ve learned how to laugh at the extravagant absurdity, the over-the-top Baroque monstrosity, of life in 2022. As I read the propaganda warning me against climate change, monkeypox, transphobia and Putin, it’s almost as if I can hear my childhood hero and role model, Don Rickles, reciting to me from the Bible:

Vanity of vanities, says the Preacher,
vanity of vanities! All is vanity.
What does man gain by all the toil
at which he toils under the sun?
A generation goes, and a generation comes,
but the earth remains forever. (Eccl. 1:1-4)
You hockeypuck.

A goofball Nazi program to send workers on vacation was grandiosely titled “Kraft durch Freude,” or “Strength Through Joy.” (Leave it to the country that also invented the term “sex work.”) Flipping off Nazi pompousness, I believe in Kraft durch Schadenfreude, which we might loosely translate “Strength Through Bitterness.” It’s the kind of mental strategy that could have kept up Cassandra’s spirits, as she watched the burning of Troy. And it works for me.

It’s in the same spirit, of helping my fellow Americans make S’Mores in our burning cities, that I offer for your enjoyment some of the Stupidest Moments in the History of the World — which occurred, of course, in just the past week. Fear not, next week will surpass them, as our Gadarene elites thunder ever closer to the sea. But let’s not get ahead of ourselves. Don’t let the Worst be the enemy of the Terrible.

Super Cringe Can You See

It’s hard to imagine a more fertile ground for blistering, side-splitting absurdity than our meat-puppet president, the Former Joe Biden, shuffling around at the behest of his handlers in … Palestine. That sad little fake country exists at the behest of anti-Semites worldwide in a state of poverty and corruption, like a bankrupt theme park run by the Westboro Baptist Church.

Biden visited it as an overt snub to Israel, and claimed that he felt a great kinship with Palestinians because he is … ancestrally Irish. There’s no real comparison between English occupation of Ireland and Israeli recovery of Israel, but never mind. Both the IRA and the proto-PLO were Nazi allies during World War II, so maybe that’s what Biden spoke of. Just kidding. Biden can’t remember why he’s currently running for Senate again in Delaware, and he apparently sees dead people — and keeps trying to shake hands with them.

We can thank Biden’s zombie-like shuffle through Palestine for two of our Peak Cringe moments this week. The first was the Palestinian honor guard’s performance of the U.S. National Anthem. Please, to support our troops risking their sanity learning gender theory all around the world, stand up and listen all the way through:

Could a band be this bad by accident? Was it intentional — a snub of the president even as he offends our Israeli allies by visiting Six Flags Over Jihad? I invite you to compare this performance of “The Star-Spangled Banner” with the version sung by Sacha Baron-Cohen at a rodeo in the movie Borat. The latter had much more dignity:

Imagine All the Losers

But the Former Joe Biden’s visit to Jihadistan yielded an even more golden moment, one which I will cherish deep in the cockles of my black, icy heart. This loudly “Catholic” abortion enthusiast who personally performed a same-sex wedding visited a Catholic monastery, and was greeted by Arab monks. I don’t know who arranged for the next musical delicacy, but these Catholic monks on behalf of their mini-terror state performed (in English) a rendition of John Lennon’s atheist, globalist anthem “Imagine.”

This was the message from #Palestine to US President Biden from Bethlehem, the birth place of Jesus pic.twitter.com/2rnVqnFWJo

Maybe I shouldn’t be so hard on these monks for singing about the hope that there’s no afterlife, and no need for religion. They’d fit in perfectly at the Vatican these days.

In perhaps the most pathetic of this week’s Moments of Cringe, the hapless, henpecked Prince Harry addressed the United Nations on Nelson Mandela Day. His message? That “climate change” threatens global “havoc,” and that “freedom” is under assault thanks to the U.S. Supreme Court’s reversal of bad abortion precedents.

So here stood the sixth in line for the throne of a monarchy that was established in 1066 by armed invasion. Then usurped repeatedly by one armed revolt or invasion after another, up through 1688. The throne he could inherit is legally forbidden to Catholics.

The kingdom in question until 60 years ago held a fourth of the world as colonies. But here he has come to our shores to lecture us about the proper interpretation of a Constitution we only gained by rebelling against his ancestor. And Britain has no written Constitution or Bill of Rights, but does have an established Church, in which almost no one believes.