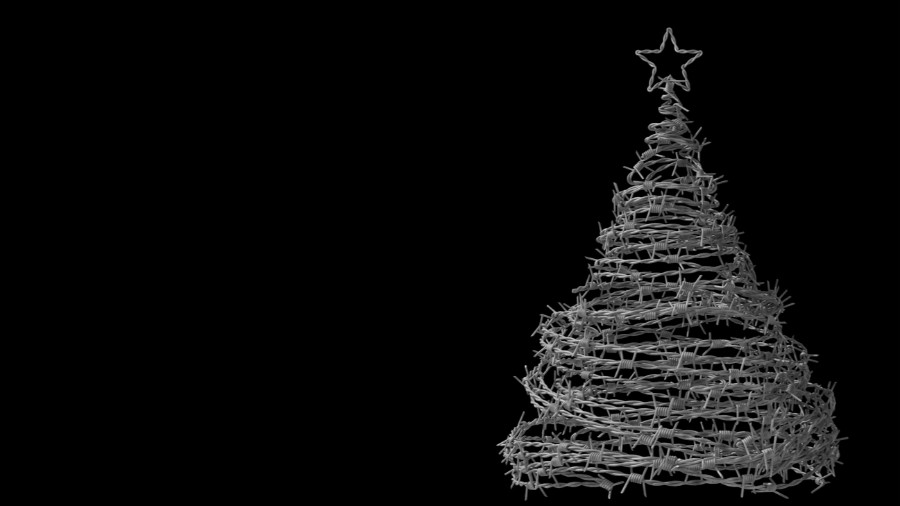 Around the turn of the first century A.D., a Judean puppet king called Herod the Great ordered the slaughter of little boys in Bethlehem. He hoped to kill one in particular — a child that some called the king of the Jews, Jesus.

That was the first time a tyrant tried to cancel Christmas.

“War on Christmas” — The Real Agendas

The so-called “war on Christmas” has been a perennial American controversy. Some pundits on the right see it as a full blown left wing conspiracy. Others on the left shrug it off as a right wing conspiracy theory. Many of the arguments claiming a war on Christmas have been overcooked (or even half baked). But authoritarian states’ tactics and motivations regarding Christmas as recently as the last century are instructive for us today. Their extreme rhetoric has made their real agendas so much more apparent.

Is it more dangerous to take the Christ out of Christmas,
or to insert the state into it?

Governments in these nations have often seen the traditional Christmas story and celebration as a threat. As a result, Soviet leaders and activists parodied Christmas with alternative celebrations. The 1923 Komsomol Christmas parade featured show trials judging Christianity. The state ordered red stars put at the top of Christmas trees. Then new lyrics for Christmas hymns praising the communist revolution. Later, the Party banned using fir trees as decorations, teaching the Soviet youth group The Young Pioneers a song about the importance of planting trees instead of chopping them down.

Over time, the Party shifted the impetus of winter celebration from Christmas to New Year’s Day. They allowed the selling of “New Year’s trees,” though they sought to stop their sale after January 1st so as to prevent people from buying them for the January 7th Eastern Orthodox Christmas celebration. Not surprisingly, the legendary Russian gift-giver, Grandfather Frost, was associated with the Soviet dictator Joseph Stalin. The Party hoped the people would see him as a kind of Soviet Santa, and love him for what he supposedly gave to them.

As the Soviet empire and influence expanded, Marxist regimes altered Christmas according to how much they believed the people could tolerate. Poland’s strong Catholicism made banning Christmas outright impossible, but Albanian leaders forced both Christians and Muslims underground. The faithful often hid their Icons of St. Nicholas behind official portraits of Albania’s head of state, Enver Hoxha.

Devotion to the State, Not to Christ

The Nazis had a different ideological fixation — on militaristic ethnic nationalism and the old Norse gods. This created obvious conflicts with the Christmas message about the Jews’ God becoming a man and giving His life for the sins of humanity. German publisher Hermann Ullstein wrote in 1943 about shops in Berlin and Munich that displayed posters reading, “Down with a Christ who allows himself to be crucified! The German God cannot be a suffering God! He is a God of power and strength!”

A 1937 article in the state policy and propaganda organ Die Neue Gemeinschaft reflected on the inherent contradiction between German values and Christmas. It highlighted the need to give “inherited customs a new content consistent with the volksgemeinschaft (people’s community).” The author, Hannes Kremer, went on to write that a holiday or ceremony should:

…mobilize the spiritual or emotional strengths of the community for National Socialism. For example, Christmas is an inherited holiday about a theoretical peace for all of humanity. There is no national or social necessity to believe in this. However, we can present it as a holiday of actual domestic national peace… If we make visible the blessings of this actual peace, along with its foundations and requirements, then ‘Christmas’ doubtless can be a high point in the course of the political year. Both according to popular custom and popular view, the Christmas holiday can justifiably be seen as a festival of the nation… A Christmas ceremony… [should arouse] confidence in our ability to lead the people spiritually.

In other words, the spiritual needs of the people should be met not by devotion to Christ, but to the state. It should be no surprise then that they taught children to sing a new version of Silent Night:

Silent Night, Holy Night
All is calm, all is bright
Only the Chancellor stays on guard
Germany’s future to watch and to ward
Guiding our nation aright…
Adolf Hitler is Germany’s star
Showing us greatness and glory afar
Bringing us Germans the might.

Indeed, the state regularly excised or downplayed the distinctively Christian elements of Christmas. In 1938, the state banned carols and nativity plays in German schools. Advent calendars sent to families had a solstice symbol on the front cover. For Christmas Eve, the calendar displayed German soldiers surrounding a fallen comrade’s grave and a list of countries the Nazis had conquered. This put the old religion of paganism and the new religion of ethno-nationalist militarism front and center while hiding the real meaning of the Christmas celebration.

Where the Nazis saw strong faith among the people in spite of their propaganda, they tried to reshape it by placing their people in positions of authority in the churches. They sought to craft a new “German Christianity” by removing Jewish elements and repainting Jesus as an Aryan hero betrayed by the Jews.

Nearly two thousand years separate Herod from Stalin and Hitler, but they operated by similar rationales — eliminate the competition. Herod the king wasn’t about to have anyone challenge his authority, not even a little baby born in a manger. Stalin knew that the tyrant’s chief weapon, the fear of death, was useless if the people believed in another King who would raise them up and reward them for their faithfulness. Hitler’s motivations were no doubt similar. The Nazis couldn’t dislodge all of Christianity from the German people, but they could place Hitler and his platform at the center of German religion. It was good enough, they thought.

As historian Gerry Bowler wrote in his book Christmas in the Crosshairs, “a totalitarian government can allow no spiritual rivals, no organizations or systems of thought that have a higher allegiance than the state.” (This book was my source for many of the stories in this article.)

A Lesson for Today

So then, what about today’s “war on Christmas”? It’s obviously far more benign than the wars Hitler and Stalin waged on the holiday. It has this in common with them, though: all of them have been spurred on by a desire to create a more unified nation with shared values and customs to serve a political end. The same desire shows in President Dwight Eisenhower’s call for a generic civil religion: “Our government makes no sense unless it is founded on a deeply felt religious faith, and I don’t care what it is.”

There’s a lesson for us here, then, or at least a question. Is it more dangerous to take the Christ out of Christmas, or to insert the state into it? Whichever your answer, the faithful Christian should want no part of either.

Cody Cook is a theology graduate student and the author of several books, including Fight the Powers: What the Bible Says About the Relationship Between Spiritual Forces and Human Governments and Unhitched: Why Jesus Can’t Be Divorced from the Old Testament. He is also the host of the podcast Cantus Firmus.